SWITZERLAND aims to save its banks from heavier punishment in the United States for helping wealthy tax cheats by sidestepping its own famed secrecy laws to let bankers disclose data to US prosecutors. Dealing a huge blow to Switzerland’s historic banking secrecy, Swiss finance officials on Wednesday approved a plan that would allow the country’s banks to disclose details of their businesses that handle American...

SWITZERLAND aims to save its banks from heavier punishment in the United States for helping wealthy tax cheats by sidestepping its own famed secrecy laws to let bankers disclose data to US prosecutors.

Dealing a huge blow to Switzerland’s historic banking secrecy, Swiss finance officials on Wednesday approved a plan that would allow the country’s banks to disclose details of their businesses that handle American clients to U.S. authorities investigating offshore tax evasion. Switzerland’s Finance Minister, Eveline Widmer Schlumpf said the country is taking action on banks which are suspected of aiding American tax cheats. She said the aim of this deal with the banks is to ‘restore stability’ to the Swiss banking industry. Speaking in a news conference in Bern, she said “We’re convinced that it’s a good pragmatic solution that really helps the banks resolve this issue”. The legislation will be put forward before the parliament by June this year due to mounting pressure by the U.S. authorities which could bring criminal charges against large banks and open investigations against other banks protecting American tax cheaters. The measure, which is scheduled for special consideration by the Swiss Parliament later this year, would also allow the banks to disclose information about employees who were working with bank divisions that worked with American clients possessing secret accounts. The treaty would also mean that American authorities can make more precise requests for information about individuals within the framework of the existing double tax treaty between Bern and Washington. Until now, Switzerland’s bank secrecy laws have prevented its banks from complying with American requests for information about their activities in the U.S..  Switzerland’s biggest bank UBS had admitted in 2009 that it had helped thousands of clients avoid paying U.S. taxes. UBS was fined $ 780 million and was asked to divulge the details of more than 4,000 clients to avoid indictment.

In January, Switzerland’s oldest private bank, Wegelin & Co, became the first foreign bank to plead guilty in the United States to face charges when it admitted that it helped American clients hide more than $ 1.2 billion from IRS (Internal Revenue Service). The bank which has a history of 270 years has closed down after admitting to helping American tax cheats. Other Swiss banks including UBS and Credit Suisse have been hauled by U.S. prosecutors for helping American tax cheats to hide their money in their banks. In order to avoid embarrassment to other banks the Swiss government has outlined a ‘draft law’ to enable Swiss banks to disclose information to U.S. authorities. The law would enable U.S. authorities to provide information about their clients and employees for a period of one year. However, they would not be able to provide information on the identities of the clients.

The new law introduced on Wednesday must be now debated before the Swiss Parliament, which would sit in the month of June. The biggest party in the Swiss Parliament, Swiss People’s Party (SVP) said it would reject the proposal. Martin Press, a tax law specialist in Switzerland opined the proposal as a “tremendous weakening” by Switzerland and its banks. If the law is approved by the Swiss Parliament, the plan would prompt many U.S. clients to approach the IRS with information about their Swiss accounts under a voluntary disclosure leniency offer. Swiss secrecy has also suffered heavily, recently a bank employee sold stolen client data to foreign tax authorities. Herve Falciani, a former employee of HSBC in Geneva, whose stolen data enabled tax authorities in Spain and France to pursue investigation and trial against hundreds of tax evaders. The Spain’s National Court also turned down a demand to extradite Mr.Falciani to Switzerland to face trial for data theft.

Switzerland’s tradition of bank secrecy has helped to make it the world’s biggest financial offshore financial centre with assets to the tune of more than $ 2 trillion. 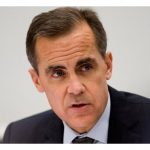 Can Mark Carney recreate the Magic in U.K ?