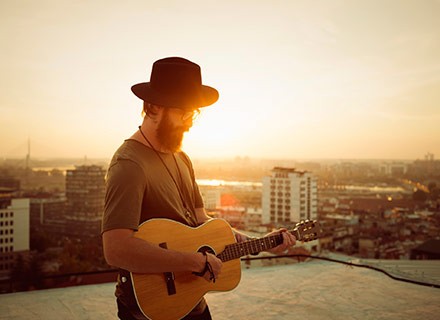 Art and artists are immortal geniuses, whose potent work travel miles for many centuries. The constellation of their energies is not only suffused in the paradoxes of life, but it also contributes to the works of the millennium—such as in redefining what entrepreneurs are: how they conceptualise, collaborate, inspire and self-perceive themselves to be.

Although, artists are conflicted in the face of power and money, life and death, love and hate—they are inwardly empowered like no other. That’s why entrepreneurs are exampled next to masters of art such as musicians and improv actors because they factor in spontaneity and operate amidst too many untold specifics. In fact, to quote Silicon Valley serial entrepreneur and academician Steve Blank: “They [entrepreneurs] see something no one else does. And to help them create it from nothing, they surround themselves with world-class performers.”

When artists address the audience about their experience through words set in music or express their moods using themes and colours, the subject is glorified to a much deeper level—and this allows the audience to understand and seek their own path. For example: when you (Read: entrepreneur) refer to the 18th and 19th century literary thoughts of Rousseau, Goethe, Blake and Beethoven, who spotlight self-direction and originality, the meaning of their works, so precious, will propel you to self-motivate and blaze new ideas.

For this reason, entrepreneurs and young minds are inspired to visit gallerias or listen to classics because of the knowledge these elements expose and the distinct stories they tell—which can be relevant to the modernist world.

A top-class business school, Babson College in Massachusetts presents an eclectic mix of performing arts, exhibitions and readings with entrepreneurial learnings. This approach, by all means, to an old-fashioned scholar may sound as if the dynamics of business is washed on unnecessaries. But it is the ability to look beneath the surface and draw meaningful insights from play and dance, poetry and music, painting and photography.

Dennis Hanno, dean of the Undergraduate School, said:  “I do strongly believe having students with an interest in the arts creates a dynamic and interesting campus.”

Indeed, there is no one with more entrepreneurial instincts than an artist. Heidi Neck, associate professor of entrepreneurship, said: “There’s a lot we can learn from artists.” Potential entrepreneurs participating in creative expression have the power to invigorate their thought process and decisions in the long-term.

“As artists, we emerged as entrepreneurs largely because we were looking for alternatives to the traditional art world model,” said Sean Di Ianni, co-founder and chief operating officer at Meow Wolf, a Santa Fe-based art collective and production company. “What fueled our ability to make opportunities for ourselves was both a sense of strength in numbers and also a real enjoyment of the unpredictability of working collaboratively.”

Art has always been a representation of both culture documentation and philosophical understanding, but now, it is an identified technique to exercise soft skills in business management. Certainly, this new business movement projects the question—Can art reconstruct the characteristics of entrepreneurship?—an emerging paradigm for how founders imbibe creative forces to become profound artists from a different genre of work.

At Babson, the faculty encourage students to participate in any performance they are particularly fond of. This brings scope for students to power through psychological conflict during a real world struggle. Burl Hash, who witnessed the sights of student performance on campus for eleven years, voiced his views on uniting art and business: “You develop your management skills. You feel the pressure of putting on a good show.”

For example: Staging a musical necessitates collaboration: scheduling rehearsals, hiring cast, outlining budget, designing props, writing screenplay and overseeing production. In translation: Scripts conquer new imagination. Meetings replace rehearsals. Employees form the cast. Raised capital spin off a company and of the sort. So the prerequisite skills to become a versatile entrepreneur will have to align with the tall order of putting up a show.

“This concept of creating something that few others see—and the reality distortion field necessary to recruit the team to build it—is at the heart of what startup founders do,” Blank writes. “It is a very different skill than science, engineering, or management.”

By definition, fine works of art is determinative in flexing peoples’ entrepreneurial calibre, and their efforts to closely observe the artistic process from time to time, could in fact, persuade them to transit upon a higher plane. “If you have one and not the other, you have no impact. That’s absolutely the case, whether you’re performing with a band or creating a company as a startup team,” Byers said. 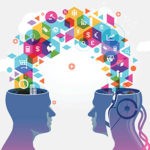 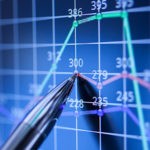 Dabbl-ing in the stock market made easy