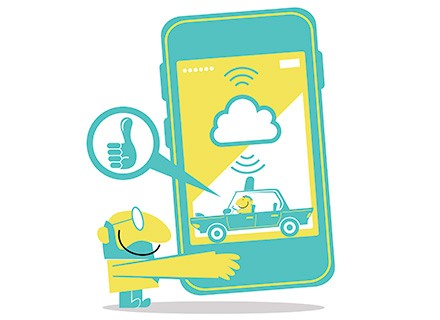 Uber is undoubtedly one of the most successful companies in the world. It is also one of the most scandal-plagued. With Travis Kalanick resigning last year and former Expedia CEO Dara Khosrowshahi taking up the leadership mantle, where does Uber go next?

Ride-sharing app Uber has made life so easy for millions of people around the world. The very idea of having a cab at your disposal at any given time of day at nominal fares was revolutionary to public transport.

It all began in 2009 when founders Travis Kalanick and Garrett Camp couldn’t find a cab in Paris. They wondered what if they could use their smartphone to get a cab? That’s how the idea of Uber was born. In March 2009, Kalanick and Camp launched UberCab – a smartphone app that allows a user to book a cab. It was not until July the following year that Uber successfully connected its first rider to a black town car for ride across San Francisco. Soon after, the name Cab was dropped from its name and Uber became the go-to taxi-hailing service in San Francisco.

With headquarters in San Francisco, Uber has US offices in New York, Chicago, Washington DC, Seattle and Los Angeles. Worldwide, some of their biggest offices are in London, Sao Paolo, Amsterdam and Mexico City.

Uber has democratized ride-sharing. Not only has it helped individuals develop an alternate source of income as drivers but also provided a viable alternative for cross city travel for various purposes. Uber’s success inspired similar startups in other regions and countries like Grab in Southeast Asia, Ola in India, Careem in UAE and Lyft in the USA to name a few.

Kalanick and Camp initially raised 200,000 in seed, followed by $1.3mn in an angel round but what followed were a series of continuous multi-million and billion-dollar investments. In 2017, a consortium of investors including Softbank. Didi Chuxing, Sequoia Capital and Tencent among others led one of the biggest rounds of funding for Uber with $8.7bn. Uber was valued at over $40bn prior this round of funding. Now, the company is valued at $62bn.

But the company, which has been a benchmark for startup success, has had its fair share of controversies over the years:

In November 2017, Bloomberg reported that Uber paid hackers $100,000 to cover a cyberattack that exposed the data of 57 million people. The company published this incident in a blog post, with CEO Dara Khosrowshahi admitting that Uber is actively changing the way it does business.

This was not the only data-related scandal Uber got into. A month prior, there was a report that Uber’s iPhone app supposedly allowed it to record a user’s screen and access user info secretly, according to a Business Insider report.

The ride-hailing app also got into hot water outside the USA. In September 2017, Uber lost its licence to operate in London on account of multiple offences by drivers and lax approach to safety checks.. Moreover, the US Department of Justice announced an investigation in August 2017 into Uber for supposedly paying off officials for acquiring permissions to operate in foreign countries. One of the biggest blow to Uber’s reputation was the lawsuit filed by Alphabet’s autonomous car division Waymo, for having stolen the designs of its self-driving car technology.

Even on the personnel front, the company suffered several setbacks. One of the most notable setbacks was a blog post by Uber employee Susan Fowler who spoke at length about gender inequality and sexual harassment, especially since her complaints to human resources was ignored.

A lot of what happened – good and bad – at Uber was under the leadership of Travis Kalanick. The young cofounder of Uber was a controversial figure in Silicon Valley, despite being wildly successful as CEO of one of the most highly valued Silicon Valley companies. In June 2017, Kalanick resigned from his post as CEO of Uber. According to Reuters, venture capital firm Benchmark, whose partner Bill Gurley is one of the largest shareholders of Uber in addition to investors First Round Capital, Lowercase Capital, Menlo Ventures and Fidelity Investments – all wanted Kalanick out. However, Kalanick lost his mother rather suddenly in a boating accident around the same time and he issued a statement that he wanted to step down from his post at this difficult time.

Kalanick, however, remains a member of the board at Uber. But finding his replacement was not an easy task. Reports suggested that the board members and investors wanted someone who could take on Uber’s mess head on – specifically make the company profitable and pave the way for an IPO, stated a Reuters report. Kalanick’s resignation was the latest to join the high-level executive team exits at Uber –vice president of product Ed Baker, vice-president of engineering Amit Singhal, chief brand officer Bozoma Saint John, chief people officer Liane Hornsey, head of policy for Uber India Shweta Rajpal Kohli, in addition to the company’s top lawyer and chief financial officer.

In August 2017, Uber appointed Dara Khosrowshahi, former CEO of travel platform Expedia to head the company. The Iranian-American Khosrowshahi has been tasked with a monumental task – of changing the company while ensuring it is ready to go public next year. He brought in new leaders and pushed for the enforcement of strong corporate values. One of the biggest challenges for the 49-year old CEO is to find a CFO – a position that has been vacant since 2015. He told Fortune executive editor Adam Lashinsky that he’s being picky, as he wants a great CFO who can lead the company to an IPO. According to a report by The Conversation, Khosrowshahi’s challenges don’t end with replacing employees. Uber has made headlines for its toxic culture, and he is tasked with bringing about transparency, diversity and accountability – all of which have taken a hit in recent years.

The meteoric rise of companies like Uber can be an example for new age consumer startups. But what separates a financially successful company from a being a reputed one is its culture, and this defines its brand equity in the long run. 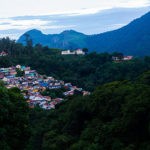 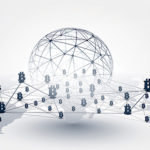