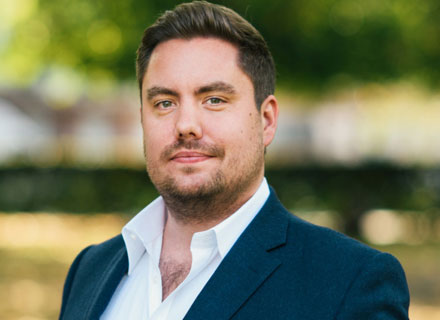 The Commonwealth of nations are experiencing a vogue for properties in recent years despite global catastrophes such as Brexit and the coronavirus pandemic. In fact, these nations are expected to find themselves at the centre of rapid economic and social change owing to continuous business activities across their borders. The latest research published by Ennes Global, a leading global mortgage firm for high-net worth individuals, found that Singapore, Australia, the UK, New Zealand, Canada, Antigua, South Africa and Malta are leading by highest home values for prime property.

Property markets in the Commonwealth are quite diverse despite the variances between developing and developed parts of the landscape. But the only unifying factor among the property markets in the association is the common law which provides specific norms for ownership of property and tenancy. For example, the tenancy laws have been modified to protect the rights of tenants across several nations in the association, while the ownership of land has been restricted by the governments, locals, or certain ethnic groups.

The developed and developing nations of the Commonwealth are often recognised to have an organised property sales and lettings market, according to The Commonwealth of Nations official website. It seems that many of the estate agents and companies are operating as single-ownership networks, franchises and sole entities. The highs of the property markets in the Commonwealth include ‘strong economies, stable socio-political, low to moderate transaction costs and mature mortgage markets’.

The degree of sophistication in some of the nations has given rise to financial derivative securities which are based on property prices and rental incomes. This in turn can be traded in the financial markets. For example, the UK operates in such a way through the Investment Property Databank (IPD). That said, the prominent weaknesses of the property markets, especially in developed nations is that they are quite expensive. The property prices of such markets are nearly prohibitive for first-time buyers, and they are also highly vulnerable to the national economic fluctuations. This means that poorly performing property markets can eventually lead to economic recessions.

An example of that is when the Commonwealth Bank projected house prices to drop by up to a third if the Australian economy does not recover quickly. Its base case had slightly worsened and a 11 percent drop would be expected if an economic recovery takes place in 2021. However, there will be no hope if the downturn continues. In that case, it is projected that there would be as much as 32 percent drop in the housing market. Experts believe that it is swiftly becoming a serious buyers market, with 7.1 percent to be wiped from the economy this year under its worst-case scenario. For now, only Sydney and Melbourne are weighing down the property market while others seem to be showing signs of recovery from the downturn triggered by the coronavirus pandemic.

In September, values across the capital markets dropped by 0.2 percent, mainly due to falls of  0.9 percent and 0.3 percent in Melbourne and Sydney. From a cyclical perspective, non-capital regions are benefiting from a rising demand as people continue to live and work remotely outside the big cities. Remote working, in part, is a huge contributing factor to the demand in property markets, and then there is an increasing desire for low-density housing options. The outlook for the housing market might be determined by headwinds, especially with the lowered fiscal support. On the bright side, low mortgage rates coupled with government incentives and improving buyer sentiment might outweigh the negative impact on the property market in the future.

For the developing markets, the property prices are relatively cheap for foreigners hailing from wealthier nations. Some of the developing nations such as in the Caribbean Commonwealth are successfully attracting foreign investments in the property markets, and they are also becoming quite progressive in that sense.  In another example, Jamaica has no restrictions on foreign ownership of property and the registration of a property takes very little time. On the other hand, property markets in Africa and South Sudan are only limited to commercial and urban land.

In this context, the main issue for those nations will be property rights which are informal in the rural areas compared to urban and commercial areas. According to some experts, the lack of formalised titles on rural properties make it difficult for people to put them on the market and there are no incentives attached to developing them due to the fear of expropriation. In fact, it is found that the rural communal owners make it difficult to even determine the rights of ownership, in addition to the lack of documentation. The latter part of the problem adds to the property markets’ distress by making it impossible to access investment and loan mortgage facilities from conventional banks.

But the problems are not only persistent in rural areas of developing property markets in the Commonwealth. Properties in the urban and commercial areas are facing a different sort of problem—such as bureaucracy. This points to a situation where no single institution will be responsible for transacting ownership and the formation of an ownership is fully left to a bunch of government agencies, leading to months of paperwork. So then transfer of ownership becomes difficult and expensive.

Against this background, Group CEO of Ennes Global Islay Robinson discusses with International Finance the progressive state of property markets within the Commonwealth and their new developments.

The Commonwealth as a whole brings huge benefits to its member nations in terms of free trade and economic development. How is this reflecting on the overall real estate market growth?

It helps to breed confidence among certain international buyers in respect of other Commonwealth nations that they choose to invest in. It almost acts a stamp of approval with regard to a certain standard of living and while they are independent nations in their own right, it also provides a safety blanket that should anything go wrong, there will be a legitimate and straightforward path to remedying it. It also means that in trying times, business remains as free-flowing as it can be across the Commonwealth borders and this appeals to many international business people who require a more permanent base outside of hotels for their international business endeavours.

Which real estate markets in the Commonwealth are appearing to be attractive to buyers despite global catastrophes? Why?

The nations that are currently being viewed as having best navigated the pandemic are certainly standing out in terms of buyer demand right here and now. They will continue to grow in attractiveness as buyers anticipate the property market and other areas of economic opportunity to recover at a quicker pace as the world recovers. This means any savvy investments made now, particularly in bricks and mortar, are more likely to show quicker return in those markets when compared to other nations who haven’t handled the pandemic as well. New Zealand, Barbados, the Caribbean nations and Gibraltar, in particular, are all forecasted to do very well.

I certainly would not write off the UK. It is one of the in-demand and resilient markets in the world and never fails to bounce back at an alarming rate which we have seen in recent months.  Once both Covid-19 and Brexit are put to rest permanently the UK market will accelerate at a phenomenal rate.

Singapore is ranked the highest house price for a prime property in the Commonwealth. What is the reason propelling the city-state’s house price on the market?

Market supply and demand is the key factor as is the case across any industry. It is a very small country and well developed too. As a result, zoning and planning laws are very tight and so while demand remains high, supply is coming through at a snail’s pace. It also offers security and political stability in what is otherwise a turbulent part of the world at times.  Again, this appeals to native Asian buyers as much as international homebuyers from other parts of the world. The latter is driven primarily by the fact that it is a global financial centre and a linchpin of the Asian market. When an area is dominated heavily by business, international homebuyer demand is always going to remain strong.

A new visa programme is allowing a year of tax-free remote work in Barbados which might lure investors and second home seekers, and is also planning to become a republic next year. In your opinion, how is that expected to shape up the real estate market?

Barbados already has a terrific property market and many great developments are taking place. For example, the Royal Westmoreland is a key new site. There are no restrictions or visas needed for non-nationals to buy property, so this is also enticing buyers from all over the world and there are very compelling mortgage options available through local and international banks, along with some highly compelling rates of tax. All in all, this publicity will have a positive impact on the market there and help to boost property prices as a result. In particular, when you couple these latest allures with the relative safety it provides against Covid-19 and the fact that it is a far nicer place to be in than Europe when the sun is shining.

Is the surge in Commonwealth prime home rates hindering first-time buyers from getting on the property ladder?

Nationwide Building Society has reported that the housing market is showing strong signs of recovery, with prices rising at the fastest rate since 2016 in the UK. What do you think are the contributing factors for the recovery?

Pent up demand with many homebuyers having to wait for Brexit to play out points to the fact that it would drag on for several months. We saw the market start to lift in January this year only to be put on hold by the pandemic. Once the market reopened, there was an overwhelming demand coupled with insufficient supply that helped the market to bounce back. With that, an adrenaline shot was administered in the form of a stamp duty reprieve and homebuyers emerged from every possible angle to send market activity into overload. Changing lifestyles have also contributed in a way that people are paying more to get more, so in the event of a second lockdown, they will have a home office space or garden. In addition, very cheap and accessible mortgage finance has also helped to boost the market and enable those who want to borrow above their usual means. But this has started to tighten in recent months.

Can you elaborate on the role of Ennes Global in offering cohesive mortgage solutions and finances secured against properties in the UK and internationally?

We have offices in 5 countries and are planning to expand further in the future. In 2019, we helped 78 nationalities access mortgages and also arranged mortgages in 20 countries. Currently we work with over 500 international lenders and there is no one who can match our range and experience. If you are borrowing in a country other than your own then finding mortgage finance can be complex owing to different rules, approaches, legal framework, language and customs. Against this background, we help people navigate in the property market. 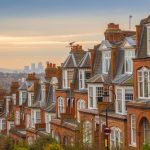 The true cost of Brexit on the property market—not felt? 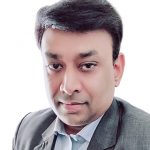 The mind-boggling potential of telco cloud