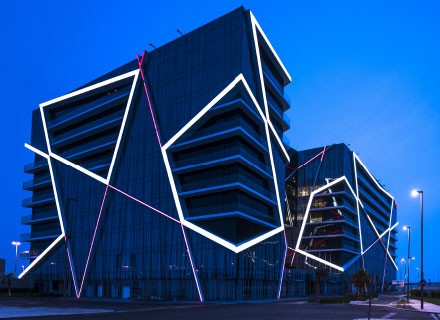 According to the IFDI index, Bahrain ranks third, while the UAE and the Kingdom of Saudi Arabia follow in fourth and fifth positions globally

Islamic finance has emerged as an alternative to interest-based banks and is establishing a strong presence in developed economies of the world by growing rapidly in the last two decades. The greater availability of Islamic products and instruments is ensured by bankers and in turn, it is helping borrowers to avail banking services that were previously not accessible due to various religious reasons. Countries such as Bahrain, the UAE and the Kingdom of Saudi Arabia are revolutionising Islamic finance at a very fast pace. According to the Islamic Finance Development Indicator (IFDI), these three Gulf nations are ranked among the world’s top five Islamic finance economies in 2020. While Bahrain ranked third globally this year, the UAE and the Kingdom of Saudi Arabia ranked fourth and fifth among 135 countries that were part of the index.

The IFDI is produced by Refinitiv and the Islamic Corporation for the Development of the Private Sector (ICD), the private sector development arm of the Islamic Development Bank (IDB). It is a part of the annual Islamic Finance Development Report. The IFDI ranks each economy which is part of the global Islamic finance ecosystem based on an aggregating score across five different areas such as quantitative development, knowledge, governance, corporate social responsibility, and awareness.

While the top two spots in the index are held by two Southeast Asian nations Malaysia and Indonesia, the Gulf nations have the potential to reach the top positions in the near future. However, given the dominance asserted by Malaysia, it might not be an easy task. While various factors such as digital innovations, new legislations and increasing sukuk issuance in Gulf nations are helping to drive the growth rate of Islamic finance, only time will tell whether their accumulated efforts are enough to help them climb to the top.

Is the value of global Islamic finance assets booming?

The Islamic banking sector is a major contributor to the global Islamic finance assets. The Islamic banking sector grew 14 percent in 2019 to reach $1.99 trillion in global assets. The growth in 2019 was gigantic in nature compared to just 1 percent growth in 2018 and an average annual growth of 5 percent during the period between 2015 to 2018. According to the report, the top five developed countries in relation to Islamic finance are Malaysia, Indonesia, Bahrain, the UAE and the Kingdom of Saudi Arabia. In Southeast Asia, Indonesia had displayed one of the most robust improvements in the IFDI; meanwhile, the Gulf nations also demonstrated significant improvements along those lines.

David Craig, chief executive at Refinitiv said that a lack of relevant, actionable data has held back the Islamic finance industry for too long. That is the reason why the Islamic Finance Development Indicator has become so important to policymakers and market participants. Craig also pointed out that the market is already worth nearly $3 trillion.

The report further stated that the Green and Socially Responsible Investments (SRI) increased in the UAE and Southeast Asia last year. The coronavirus pandemic, which pushed the global economy into a recession last year, has introduced significant changes to the industry at large.  Several Islamic banks globally reported losses and reduced profits in 2020.

In the big picture, the pandemic has not proven to be disastrous for the Islamic finance industry. The pandemic has in fact resulted in industry growth as some regulators have turned to Islamic finance to mitigate the economic impact. Corporate sukuk issuance picked up during the second half of 2020 following a cautious first half. While some companies are taking advantage of low borrowing costs to shore up their finances, the pandemic continues to take its toll on global trade.

The Kingdom of Bahrain has been recognised as a global leader in Islamic finance for quite some time now. It also has the highest concentration of Islamic finance institutions in the region. Around 382 institutions and 98 retail banks were registered in its banking sector in 2018. As of 2020, there were six retail Islamic banks in and around 15 wholesale Islamic banks operating in Bahrain, which was also the first to allow the central bank to issue sukuk.

Since then, Bahrain has not looked back. So far, it has issued several dollar-denominated and local currency sukuk offerings. Bahrain’s emergence as a leader in Islamic finance in the region is based on the industry’s robust regulation, significant growth and an increasing number of participants in the market. Bahrain manages to stand out in the global Islamic finance industry owing to the fact that it has managed to grow despite a global slowdown last year as a result of the pandemic.

One major factor contributing to Bahrain’s impressive growth in the Islamic finance industry is the growth of sukuk issuance. With global issuance surpassing $1 trillion in 2018, Bahrain strictly regulates the industry that guarantees transparency and trust among investors. The industry and the ecosystem at large are constantly shaping up, driven by innovation. According to data released by Refinitiv, Bahrain has recorded a $2.2 billion increase in sukuk issuance from $6.4 billion in 2018 to $8.6 billion in 2019. But last year sukuk issuance had come down significantly for obvious reasons.

Regulators in Bahrain are already exploring the possibility of crypto assets. The pandemic has already necessitated digital innovation and reforms in the industry. Notably, Bahrain already has the region’s first Shariah-compliant cryptocurrency exchange known as Rain, which was the first graduate from the Central Bank of Bahrain’s Fintech Regulatory Sandbox. With that, Bahrain is perceived to have embraced crypto assets despite its controversial nature. The altcoin Lumens (XLM) was also licenced by the Central Bank of Bahrain after it was found out to be Shariah-compliant. It is the sixth largest cryptocurrency in the world with a market cap of more than $4 billion.

Revolutionary technologies such as artificial intelligence and blockchain are causing major disruptions in different markets and sectors across the globe. Similar disruptive impacts of blockchain technology are expected to be seen by the Islamic finance industry. S&P, a leading index provider and data source of independent credit ratings, expects blockchain to result in a post-pandemic growth for Islamic finance in 2021. Even Moody’s is expecting blockchain to be a catalyst for sukuk market growth, allowing issuers of conventional bonds to more easily tap liquidity available in the Islamic finance space. Although we are yet to see the market fully adopt the new innovation, it is positive that digital disruptions like artificial intelligence and blockchain will become major contributors to the development of Islamic finance in Bahrain

Progress, penetration and perception in the UAE

In the UAE, Islamic banking is gaining prominence in terms of progress, penetration and perception. In January 2020, Islamic banks accounted for about 18 percent of total banking sector assets in the country, according to the Central Bank of the UAE (CBUAE).  IFDI recognised the UAE as the top Islamic finance educator in the region boasting the highest number of Islamic Finance Education Providers across the GCC. It further recognised the UAE’s efforts in the governance space, highlighting banking, takaful and sukuk regulations that were introduced in 2019, as well as the unified global legal framework for Islamic finance that was launched in May 2020.

The UAE is also working on various initiatives to support the growth of Islamic finance in the region. An example of that is its work on a unified global legal and legislative framework. The Dubai International Financial Centre (DIFC) has been investing in financial technology to spur the industry’s growth. The FinTech Hive accelerator partners with specialist organisations that include the Dubai Islamic Economy Development Centre (DIEDC) and various Islamic banks. Various other agreements are also being signed to promote the issuance of green sukuks. Work has been done to develop the standards for their certification along the lines of Climate Bonds’ Standard and Certification Scheme.

Islamic banks in the UAE have been making significant progress in transforming consumer perceptions. It has also been enhancing experiences and propositions of the customers. Over the years, the UAE has also emerged as a promising avenue for the growth of Islamic banking and finance which is a driving force in increasing consumer confidence. By seeing the current and past performances of Islamic banks in the UAE, many experts are predicting the industry to grow further in the coming years. Investor interest in Islamic investment opportunities are on the rise and is demonstrated by major Islamic banks operating in the emirate.

According to a report published by credit rating agency Moody’s last September, Islamic financing in the Kingdom is expected to reach around 80 percent of system-wide loans in the next 12 to 18 months. With an increasing number of corporations and households now  opting for Islamic products, amid the oil crisis and the coronavirus pandemic, Moody’s anticipates a shift to more Shariah-compliant finance over that period. For Islamic assets, the Kingdom reported their worth to be $339 billion as of March 2020. Malaysia, which stands second in ranking, reported that Islamic finance assets were worth $145 billion, significantly lower compared to the Kingdom.

Ashraf Madani, VP-Senior Analyst at Moody’s said that a comprehensive set of Islamic finance regulations have spurred Saudi banks to issue sukuk. Islamic products are now listed on the main market and an Islamic mortgage refinancing business has been established.  While the industry is set to further benefit from the increasing sukuk issuance in the coming period, it will also lead to increasing foreign investments. Moody’s further said in its report that a wave of mergers and acquisitions across the region are also accelerating the penetration of Islamic finance.

Another US-based credit rating agency Fitch also released a report showing that Islamic bank performance in the Kingdom has improved throughout 2018. Fitch Ratings said that the industry in the Kingdom enjoys the advantage of a lower cost of funding and a higher proportion of retail financing. The agency said in its report that due to a contraction of the retail and wholesale trade sectors, asset quality of Islamic banks decreased in 2018. The reduction of asset quality was felt by conventional banks in the Kingdom as well; however, the impact on Islamic banks was relatively less because of the sound performance of retail lending.

According to Fitch, Islamic banks in the Kingdom actually benefited from a lower impact of asset value deterioration compared to conventional banks as Islamic institutions have a lower proportion of corporate banking. Four of the Kingdom’s 12 licenced commercial banks are fully Shariah-compliant, while others offer a combination of Shariah-compliant and conventional banking products. The agency added that the financing to deposit ratio at Islamic banks reduced slightly and is more in line with conventional banks. The Ministry of Finance’s Saudi riyal-denominated sukuk programme to help manage liquidity has also significantly benefited Islamic banks in the Kingdom. 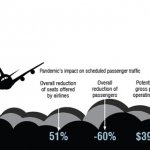 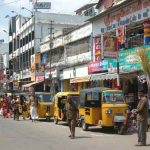