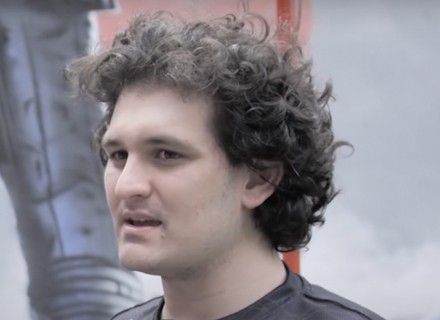 Sam Bankman-Fried resigned as the FTX Group CEO, and issued an apology on Twitter

Sam Bankman-Fried, the 30-year-old American investor and former billionaire hit the headlines in 2022 November for all the wrong reasons, as his FTX Group, a conglomerate of 130 entities, including the FTX exchange and Alameda Research, filed for bankruptcy in the United States.

Sam Bankman-Fried resigned as the FTX Group CEO, and issued an apology on Twitter. The whole saga not only has started a liquidity crisis, but the customers are also losing confidence in the crypto market in general. FTX and Alameda were established players when it came to crypto trading, lending, and bailouts of other crisis-hit businesses. It also got investment from prominent venture-capital firms, pension and hedge funds, with some of them investing in the crisis-hit crypto powerhouse at a valuation of USD 32 billion in 2022 alone.

Over USD 125 billion in market cap of Bitcoin and other tokens have been wiped out. FTX US has frozen its customer accounts and will halt trading soon. FTX’s venture-capital investors, including giants like Sequoia Capital, Tiger Global Management, and the Ontario Teachers’ Pension Plan, are all staring at a crisis.

More than 100,000 legal complaints have been filed against the company and the tally will grow more. FTX has been asked to provide at least a list of the company’s 50 biggest creditors.

Who Is Sam Bankman-Fried?
In October 2022, the 30-year-old’s net worth was around USD 10.5 billion. Now, it has plunged to USD 991.5 million. He saw a huge 94% drop in his fortunes, the highest in the history of the Bloomberg Billionaires Index. And on November 11, SBF too has no material wealth against his name.

During the 2020 US Presidential Elections, he emerged as the second-largest individual financial backer to Joe Biden’s campaign, donating USD 5.2 million. He also donated USD 40 million to candidates during the midterm polls.

Born in a Jewish academics’ family in 1992, Sam Bankman-Fried is the son of Barbara Fried and Joseph Bankman. Both are professors at Stanford Law School. After completing his schooling at California’s Crystal Springs Uplands School, SBF attended the Massachusetts Institute of Technology and completed his degree in physics and a minor in mathematics in 2014.

Sam Bankman-Fried’s tryst with financial markets came in 2013, while working at the trading firm Jane Street Capital. He first interned from there and came back into the same company after graduating.

In 2017, he left Jane Street and after working as the director of development at the Centre for Effective Altruism, he formed Alameda Research in the same year.

Till 2021, he held 90% of Alameda’s stakes. In 2018, he hit the headlines after organizing an arbitrage trade, where his company used to earn USD 25 million daily, using the higher bitcoin prices in Japan to its advantage.

He then moved to Hong Kong and formed FTX in 2019. In 2022, Sam Bankman-Fried’s other company Emergent Fidelity Technologies Ltd. bought 7.6% of Robinhood Markets’ stock.

Crypto Industry Lobbying
In 2022, Sam Bankman-Fried financially supported a policy action initiative called “Protect Our Future”, launched by Democrats with initial funding of USD 10 million. He donated some USD 39.8 million to democrats during 2021-22 and emerged second-highest donor after another prominent businessman George Soros. In 2022 alone, he contributed some USD 40 million to the party.

In 2022, FTX circulated suggestions to US politicians, while SBF publicly said that the Commodity Futures Trading Commission should take up a regulatory role in the crypto industry.

He even pitched for crypto regulations through the proposed Digital Commodities Consumer Protection Act (DCCPA) and he lobbied in Congress for that. Some reports suggested that the whole move was launched to favor FTX and give it an undue advantage over its rivals.

How FTX Fiasco Unfolded
As per media reports, FTX used customer assets (without the formers’ knowledge) for trading at Alameda. While the United States Securities and Exchanges Commission doesn’t allow such practices in conventional brokerages and exchanges, a lack of regulatory body in the crypto sector allowed FTX to carry on such unethical practices.

As media organization CoinDesk reported about Alameda’s balance sheet containing a token called FTT, the whole row started. In fact, Changpeng Zhao, the CEO of Binance, the world’s largest crypto exchange, said that he would unload more than USD 500 million worth of FTT that his firm had acquired.

Immediately, FTX witnessed some USD 5 billion worth of customer capital withdrawals and the company faced a USD 8 billion shortfall. While rival Binance initially signed a letter of intent to acquire FTX, it backed out later. The whole saga lasted from November 2 to 11.

When Changpeng Zhao came to know about the media reports on FTT tokens, he tweeted, “due to recent revelations that have come to light, Binance would liquidate its holding of FTT tokens.”

Binance invested as a shareholder in FTX in 2019. However, it quit the arrangement in 2021 and got USD 2.1 billion in Binance’s own stablecoin (BUSD) and in FTT tokens as part of the exit deal.

Meanwhile, Sam Bankman-Fried took potshots at Changpeng Zhao in a series of tweets. However, both later said that a deal can be reached to rescue FTX. However, on November 9, Binance CEO backed out of the deal, sending the crypto market into a crisis.

On November 11, FTX filed for bankruptcy in the US. CoinDesk report claimed that Alameda Research held billions of dollars worth of FTT, which in turn, were getting used as collateral in loans (borrower’s pledge of specific property to a lender). A fall in FTT’s value means FTX’s crypto businesses getting damaged. However, it was later revealed that FTT had no value beyond FTX’s commitment to buy tokens at USD 22.

Both FTX and Binance process a huge chunk of global crypto trades in form of “international exchanges”. Both these follow the US regulations as well, while operating in the American markets.

FTX customers have been on a withdrawing spree. Reuters accessed a message from Sam Bankman-Fried to his staff, where the businessman said that some USD 6 billion worth of crypto tokens have been taken out from FTX in just 72 hours.

What’s Next For FTX?
“Had I been a bit more concentrated on what I was doing, I would have been able to be more thorough,” Sam Bankman-Fried told the New York Times in a recent interview, while remarking on the FTX crisis.

However, the road ahead for the company looks challenging. Despite the customers withdrawing USD 6 billion worth of crypto tokens last week, the exodus will continue and most importantly, the company needs to find capitals worth millions of dollars to meet its customers’ withdrawal demands.

As per Bloomberg reports, FTX needs USD 4 billion to stay afloat and its funding gap has risen to USD 8 billion. The digital assets of the crypto exchange’s Bahamas unit have been seized by the country’s authorities. Celebrities like Larry David and Tom Brady have been named in the lawsuit against the company.

FTX-backed BlockFi’s management is now on the verge of collapsing, while another crypto firm SALT Blockchain is too facing the heat for its ties with Sam Bankman-Fried and his aides. 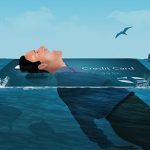 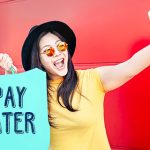