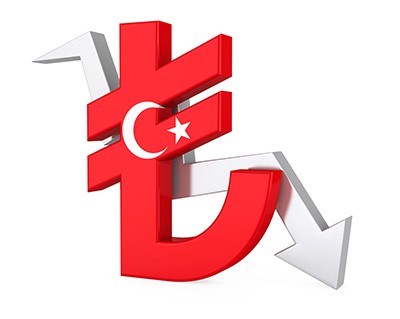 Despite the sharp depreciation of lira, Turkey continues to lure long-term investor interest by providing an easy access to the European markets.

Historically, Turkey’s geographical position has been considered an ideal trading hub by also facilitating access to Europe, Asia, the Middle East and Russia. After decades of remarkable economic performance, the Turkish economy slowed down during 2018—and the lira fell by almost a third against the dollar.

Despite this, international investors are now seeing the real value in Turkey—precisely because of the newly depreciated lira. The World Bank predicts continued Turkish economic growth into 2019, albeit, at a lower annual rate of 2.3% down from 7.4% in 2017. Yet, Turkey’s open economy and its youthful and increasingly-affluent population of 80 million mean that investors will still see long-term opportunity in the country: Being in a customs union with the EU provides investors with an easy market access into other European countries.

The World Bank notes that impressive macroeconomic and fiscal stability were at the heart of Turkey’s economic performance since 2000. As a candidate for the EU membership, Turkey has aligned with many of the EU standards and regulations. These high regulatory standards, combined with investment incentives, make Turkey an attractive place to do business.

2018 saw the opening of the 1,850 kilometer Trans-Anatolian (TANAP) pipeline which means oil can now be pumped directly from the Caspian to Turkey. The pipeline has been dubbed the “Silk Road of Energy” as it brings vital energy supplies from Asia to Europe’s very door. This remarkable project’s completion has been welcomed by both the EU, which is actively seeking to diversify its energy sources.

While Turkey welcomes foreign investment, there are a number of regulatory and legal issues which investors need to be mindful of. The Turkish Commercial Code, adopted in 2012, created modern and transparent commercial legislation, compatible with the EU’s Acquis Communautaire. There are generally no restrictions on foreign ownership of Turkish companies. However, in particular industries such as civil aviation and the media there can be some restrictions on foreign shareholders.

The most common way to acquire a Turkish company is by means of a share purchase. Although share purchases are generally unrestricted, in certain regulated sectors such as banking, capital markets and energy, regulatory authority approval may be required.

An alternative way to acquire a company is by means of an asset or business purchase. This approach is slightly more complex procedurally, but it does have an advantage to a purchaser: the seller and the purchaser remain jointly liable for certain liabilities relating to the asset or business for two years after the purchase are notified. In a share purchase, all the company’s existing liabilities are acquired once the purchase is completed. In either case, the new owners will automatically take over all existing employment contracts. Tax considerations will be relevant in deciding whether to acquire by share purchase or by way of asset or business purchase.

In certain cases, clearance from the Turkish Competition Authority may be required. The authority must be notified of a proposed merger or acquisition if certain turnover thresholds are met. The threshold most relevant for foreign investors is that if an investor’s worldwide annual turnover exceeds Tl500 million (or $93 million) and the asset or business being required has a Turkish annual turnover above Tl30 million (or $5.6 million)—the transaction must be notified to the authority. The authority’s competition board will then assess whether the business has a dominant position and if the transaction will affect competition in Turkey. The transaction is put on hold until clearance is given.

Turkey has been on a strong upward economic trajectory for decades. It is a land of opportunity for foreign investors. Turkey’s developed regulatory and legislative regime, in part, is what makes it attractive, yet investors must be mindful of the compliance issues involved in acquiring or merging with Turkish companies. 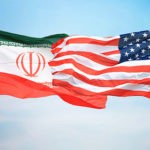 US Sanctions Against Iran will bring endess Turmoil 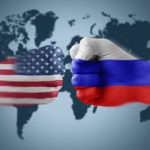 Will Trump save The Nuclear Treaty?