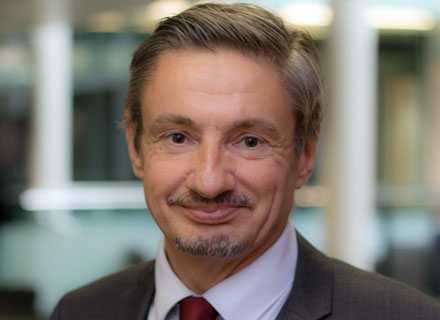 A rising number of British banks understand that climate change is serious and that it could potentially pose a financial risk to them and their country at large—if necessary actions are not taken to end fossil fuel finance. But at the same time, not all banks have actively fought climate change—and not until recently, when climate activists, green groups and the Investor Forum escalated the matter by revolting against Barclays for financing fossil fuel companies.
In recent months, Barclays and HSBC have been accused of fossil fuel financing worth a combined £158 billion since the signing of the Paris Agreement five years ago. A recent report published by 350.org has recognised the two organisations as the top fossil fuel financiers in Europe. The report points out that Barclays had injected £91 billion between 2015 and 2019 into fossil fuel companies while HSBC had financed £67 billion in the same period.

It is true that both organisations have demonstrated sustainability commitment over the last few years, however. Their financing roles in fossil fuel companies have been quite prominent. In light of the current circumstances, Barclays has pledged net-zero climate policy by 2050 including operations and investments and HSBC is committed to provide $100 billion in sustainable financing by 2025.

In fact, the Bank of England thinks climate change is a liability because it could impact the UK economy in so many ways. However, developing strategic responses to the anticipated financial risks that stem from climate change can help British banks and financial services organisations to maintain monetary and financial stability in the coming years.

Last year it was reported that the Bank of England might force British banks and insurers to discuss how vulnerable they are to the climate change crisis and how they might respond to the effects of rise in temperature up to 4 degree celsius under its first climate stress test.

British banks including HSBC, Barclays, Standard Chartered, Royal Bank of Scotland, Santander UK, Lloyds and Nationwide will be subject to the test which is expected to be released in 2021.

In theory, the test will take into account three possible scenarios: early policy action, late policy action and failed attempts to address climate emergency resulting in rise in temperature. The first scenario is focused on transitioning to a carbon-neutral economy while the second scenario is where the country might achieve global climate targets but the transition will be delayed by 10 years. The final scenario will arise when stakeholders do not change their behaviour and government policies fail to address the climate change issue.

The risk of climate change is already affecting the financial companies in the country. It appears that British banks are extremely vulnerable on the back of having established their presence in certain regions like Southeast Asia which is highly exposed to climate change. According to a joint study published by University of California, Berkeley and Stanford University, unmitigated global warming could result in a loss of 23 percent in per capita earning globally by the end of the century.

If there is a bright side to all of this, it is that the fossil fuel industry is slowly deteriorating. This is not only because of the recent revolts against fossil fuel financiers which has now pronounced the effects of climate change, but fossil fuel companies are also sensing that investors want to put their money into renewables.

The situation looks much the same around the world. So it is not too late to start asking what the UK financial industry can do to fight against the overwhelming climate change. And one answer states the obvious that all industry stakeholders should become more responsible in their acts. It turns out that the UK is actively working to further cement its position as a global climate leader. Last year, the UK government announced the Green Finance Strategy—a landmark move aimed to increase investments in sustainable projects and infrastructure. In a nutshell, the Green Finance Strategy is an addition to the country’s efforts to tackle climate change. That said, it is also the first country in the G7 to pass net zero emissions law last year.

Against this background, Ian Bradbury, CTO for financial services at Fujitsu UK, in a interview with International Finance, further explains how the UK is beginning to promote a culture of green finance—in addition to the short and long-term implications of climate change for banks and financial services organisations in the country.

Q. How are British banks and financial services responding to purpose-led financing in the country?
There is a growing shift across the financial services industry towards purpose-led business. Financial services organisations need to build a brand that goes beyond simply providing and protecting assets. This is especially important in a digital world where there is more choice, greater competition and less customer lock-in. The organisations that will thrive in this new environment are those that recognise what is important and valuable to their collective customers and society as a whole; perhaps even strengthening those opinions over time through clear statements and ‘doing the right thing’. Right now, climate change is a high priority for many customers, with its visible impacts now occurring and deniability becoming less plausible.”

Q. The unprecedented rise in fear about climate change is slowly marking a shift in financing. What is the approach taken by the UK financial industry to fight this issue?
As financial services businesses begin to move toward being more purpose-led, helping to combat climate change is becoming a major opportunity to improve brand value and generate customer loyalty. Sustainable and ethical investment funds have been around for many years as niche portfolio holdings but they are now seen as mainstream funds, generating high returns and good investor interest. The way that businesses operate is also under more scrutiny than ever, with sustainability metrics beginning to be viewed as a critical measure of business performance and future success for all stakeholders.

Q. What is the role played by climate activist groups in promoting a culture of financing in renewable portfolios?
Climate activist groups are no longer seen as ‘fringe’—they increasingly represent mainstream public opinion, with more visibility of the potential impact of climate change and, subsequently, a better idea about the need for change in society. These groups are also benefiting from new technologies that allow them to quickly develop ideas, grow in size and take visible action, which is having a far greater impact on societal views than ever before. ‘Naming and shaming’ about poor attitudes to climate change is just part of this—in the digital age financial services organisations should be more aware of how their businesses can be impacted by changing public perceptions.

Q. British banks like RBS are increasing restrictions in line with climate action policies. How should the UK government and financial regulators step up actions to further support banks’ efforts?
Many national governments are also setting an agenda that is driving business change. For example, the UK government recently published its ambitions for Decarbonising Transport: Setting the Challenge. In the opening, the following intent is outlined: ‘public transport and active travel will be the natural first choice for our daily activities. We will use our cars less and be able to rely on a convenient, cost-effective and coherent public transport network.’ This scheme provides a huge opportunity for financial services organisations to invest, partner, visibly champion and support the government in its fight against climate change.

Q. Should British banks treat risks rising from climate change as a financial risk, and not just a reputational risk? Why?
Climate change poses a significant financial risk to both the short and long term success of financial services businesses. This is already being felt by the insurance industry, as the impact of flooding and extreme weather events drive up the cost of claims. The long-term underlying financial stability of economies is also already recognised as a major future risk. Climate change potentially affects population migration, security of water and food and the geographical location of valuable assets (as we move away from a hydrocarbon driven economy). All of these challenges have led to economic instability in the past, and in some cases major wars. Climate change must not be underestimated as a major global economic risk, and the financial services industry needs to plan for it.

Q. How do you foresee British banks and financial regulators actively driving sustainability banking over the next five years?
The way banks approach climate change over the coming months and years may be influenced by the short and long term uncertainties around Covid-19. From a positive perspective we can already see that we can be more ambitious with our drive to reduce climate change. Home working for many has proved to work better than expected, and we have moved quickly to enable it; in turn, it has significantly removed the need for much of our hydrocarbon driven transport. In the long-term the outlook is more challenging. Experts are predicting a recession in many economies, with the loss of many traditional businesses and jobs. With the right leadership, the damage could be mitigated and they could see an opportunity to reshape the economy much faster to be zero carbon. But the climate change imperative could be overtaken by the quick-fix stimulation to the economy that hydrocarbons have been able to generate in the past.

Bio
Ian has been with Fujitsu for over 15 years, having worked his way up from Solution Design Manager to the CTO for financial services for the company in the UK and Ireland. Working with some of the UK’s largest banks, he has helped to develop the digital systems for leading financial services institutions in the country. 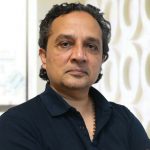 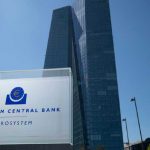