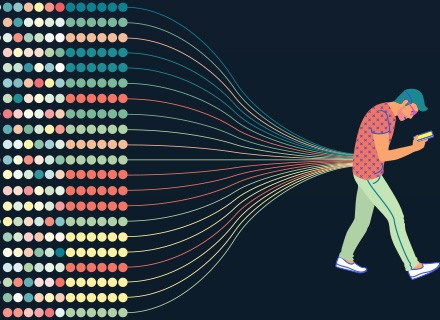 TikTok has spawned countless trends and subcultures on a wide variety of topics. Videos featuring the Microsoft spreadsheet program Excel are among those to recently become hugely popular on the platform.

Although data programming and digit calculation may not seem like it would make for the flashiest clips, Excel TikTok tutorials and comedy sketches have amassed millions of views and morphed into an entire genre of content, with an array of influencers that spans languages and continents.

The TikTok hashtag “excel” has over 1.8 billion views in total, and some of the biggest TikTokers in the space have hundreds of thousands of followers, thanks to their videos featuring jokes about Excel and how-to guides.

How has TikTok become a medium of putting information? According to the Nobel economics laureate Herbert Simon, in the world where information and entertainment is abundant, the critical scarce resource becomes attention and that is what makes the Chinese app so popular. Since attention is a finite resource competition, for companies like Facebook it becomes a zero-sum game. The more attention one attracts, the less there is for the others. And this is the area where TikTok appears to be easily winning.

Around 90% of its users visit the app more than once a day, and they spend an average of 52 minutes per day on it. According to Scott Galloway, the average session lasts 11 minutes, an average watcher can easily watch 26 videos, each lasting 25 seconds.

As TikTok receives millions of video rush daily, the threat of data mining is also increasing. There are various reports about TikTok privacy concerns, which has become a talk-point among various experts, questioning its security.

What is data mining?
Data mining means sorting information to gather facts about an entity or someone. Companies and individuals collect information on the internet for many reasons. One of them is to analyze customers’ behavioral patterns to tailor content and ads more accurately.

As the name implies, you can think of data mining as an excavation or gold exploration process that seeks to find fossil deposit patterns. Data miners can extract data points on a subject from right about anywhere.

For instance, an app developer might decide to gather more information about you from other services on your devices. Consequently, they might use this to analyze your content-consuming behavior.

Here’s the concept: data mining allows someone or an organization to place data points on you. Invariably, they know more about you and your pattern of living than you think in the long run. They can even predict how you might behave in the future.

Why should one be concerned?
It is no crime to gather facts about publicly available data. But when data mining occurs on deeper webs like TikTok, it might raise privacy concerns since users’ details are typically exposed and monitored. And no one is sure how they use such information.

TikTok isn’t the only privacy intruder. For instance, Facebook also has several privacy issues that you can avoid. And its activity has leaked users’ data in many ways.

But TikTok’s data mining saga isn’t all about users’ privacy leaks, it appears more twisted than that. Reports have flown around in the past about how the app’s algorithm efficiently suppresses visibility for content containing specific keywords. Part of this is a fact contained in a 2019 report by The Washington Post detailing how TikTok’s algorithm repressed keywords featuring the unrest in Hong Kong at the time.

Many users also complain about how TikTok prevents their content from reaching a larger audience despite having many followers. All these make it look like TikTok uses the mined data to somewhat recognize and distinguish between users based on their races, colors, disparities, and abilities to determine what they can post. The company seems desperate about how it collects and uses information.

What is more outrageous? A part of TikTok’s privacy policy points out that although users can choose to share specific third-party data with them, they might collect this from those third-party apps automatically. Unfortunately, every user has to agree to this policy while registering on the app.

How and why does TikTok mine users’ data?
There are two categories of users on TikTok; unregistered content consumers and registered content creators or watchers. TikTok mines data from you if one is under the second category. These include information from your TikTok profile and the content you post on the app. But as mentioned, it digs further into third-party apps on your device to grab further information. This is even imminent if you register your TikTok account via third-party apps.

Companies that mine data might sell them, and this isn’t anything beyond what TikTok can do. Worse, it’s even without users’ consent. Experts also believe that TikTok might be spying on its teeming users. Though there’s still no evidence to back this claim.

Is TikTok secure after all?
Whether or not TikTok is safe depends on how you view its data mining processes. While data mining isn’t a security issue itself, it can lead to data misuse. As you have seen, TikTok primarily uses the mined data to censor content and probably pick trails on its users.

Nonetheless, many third-party TikTok data harvesters take advantage of this intruding attribute of TikTok. It is unclear whether it partners with these third-party scrapers to sell users’ data. But there are web apps like Apify, 4K Tokkit, Bright Data, and more that offer automated TikTok scraping services, including profile data collection. To say this is disturbing isn’t an overstatement.

Moreover, you can’t say for sure what people might do with your data once they collect it from these scraping services. However, we can predict this might provide hints about you to threat actors.

And while TikTok mines the data to analyze patterns about you, there have been concerns that it sells the output information to the government so they can spy heavily on users. Pertinent to this is a 2019 lawsuit reported on BBC News which claims that TikTok sends US users’ data to the Chinese government.

Can one prevent TikTok from mining your data from third-party apps?
Preventing TikTok from tracking your details on third-party apps can be difficult since the app sometimes collects users’ data without their consent. It means even if you set your device to prevent app tracking, TikTok might not respect your choice.

But there are a couple of ways to limit the data TikTok collects and shares about you. One way is to avoid registering or logging into your TikTok account with third-party social authentications like Facebook, Google, or Twitter login. However, if you are an iPhone user, you can use your Apple ID to register on the app. But you might want to use Apple’s Hide My Email feature while using this feature.

Is it time to ditch TikTok?
Although TikTok’s data mining is shady, some people are indifferent. Dumping the app is still a personal decision. So, it depends on your conviction. Nonetheless, it is needful to say you can delete your account from TikTok and dump it for other alternatives if you feel threatened or unsafe.

TikTok revenue worldwide
Launched in September 2016, TikTok has garnered a huge audience globally in mere six years. The app has ruled out its dominance among billions of TikTok users count worldwide. As per the latest TikTok statistics, almost every other video goes viral beyond the app, racking up billions of views on Twitter and Instagram. It is safe to say that TikTok’s popularity has skyrocketed and reached heights.

As per the reports of Statista’s TikTok user stats, the app had over 1 billion active users worldwide at the end of 2021, representing a 45% growth compared to the year 2020. TikTok has been welcomed enthusiastically, especially by Asian countries such as Cambodia, Japan, Indonesia, Malaysia, Thailand, and Vietnam. Currently, Ireland is one of the top countries with the fastest-growing Tik-Tok market. 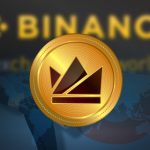 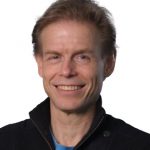