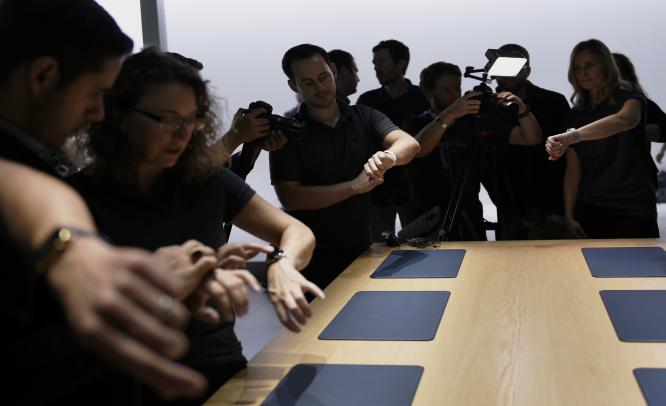 While fans are fawning over Apple’s latest offering, the rest are wondering if the watch is worth the money Suparna Goswami Bhattacharya March 20, 2015: Since its launch, Apple Watch has created enough excitement among bloggers and tech experts around the globe. From hailing the wonder watch as the next big thing in the ever changing technology world to slamming it as just another hyped...

While fans are fawning over Apple’s latest offering, the rest are wondering if the watch is worth the money

March 20, 2015: Since its launch, Apple Watch has created enough excitement among bloggers and tech experts around the globe. From hailing the wonder watch as the next big thing in the ever changing technology world to slamming it as just another hyped showpiece, the tech world has been abuzz with comments.

Apple Watch was first announced during the firm’s iPhone 6 launch on September 9 last year, marking the company’s first leap into the smartwatch market. Says Rehan Anwar, who has been waiting to get his hands on what he describes as a ‘masterpiece’, “I want to go for the 42mm sport version. It is a great feeling to wear an Apple Watch. In fact, everything about Apple is great.” Anwar, who resides in Singapore, says his peers are equally excited. In fact, a senior office colleague plans to buy the gold version, which will be priced upward of $10,000 a piece.

Though Anwar is keen to buy the watch as soon as it gets on the shelf, others like Aminda Kahn prefer to wait a few weeks. “There is no question whether I am buying the watch or not. Obviously, I will purchase it, but will wait a few weeks to get a review from my friends. I want to see which one gives the most value for money,” says Kahn who works for a toy firm in Germany.

Though Apple has managed to garner enough interest among its fans, experts, on the contrary, are playing down the hype.

“I do not understand the hype behind the Apple Watch. At this price, you can purchase the best branded watches and it will stay with you forever. While with the Apple Watch, the technology will be outdated in a few months. So why spend so much in the first place?” says Shahab Ahmed, a tech enthusiast based in India.

To be honest, smart watches are nothing new. They have been around for a few years. Some have a whole Android device that will run apps, while others can connect directly to the web. But the problem with most watches is that they get boring after a while.

To begin with if you have a smartphone, or say in this case an iPhone, then there is no real reason for you to look at the watch if a bigger screen is available. “The truth is, a smartwatch does not really serve any purpose or rather does not usually have anything new to offer,” says Mindy Holaha, a blogger.

The Apple Watch is not as innovative a product as the iPod and the iPhone. The device doesn’t currently have a revolutionary application and the utility it offers over a smartphone is marginal. This makes it a luxury product rather than a must-have device targeted at the mainstream customer.

Many have lambasted Apple for trying to fit in as a fashion brand. “It should stick to being what is it is best known for — a technology company. Having a gold-plated watch is fine, but I think they should focus more on the technology part rather than the design part,” remarks Holaha.

For instance, Apple should think of installing as many apps as possible in the smartwatch. Also, since people are shelling out a huge amount on the gold watch, Apple cannot be happy being just another ornament on the wrist. “It has to be worth the money paid. There has to be enough technology to back the design,” says Joshua Gilbrael, a blogger.

And competitors are already gearing up to challenge Apple. For instance, Tag Heuer has announced its intention to develop a luxury watch in partnership with Google and Intel. From the announcement, it is clear that Apple is putting plenty of pressure on conventional watchmakers. And since the Swiss watchmaker has partnered with Google and Intel, it is clear the device will run on Android.

It is early to say who will win the battle, but for now it seems Apple is looking at the prospect of enhancing its bank balance. 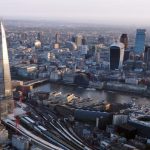 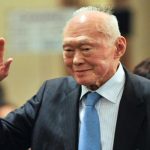