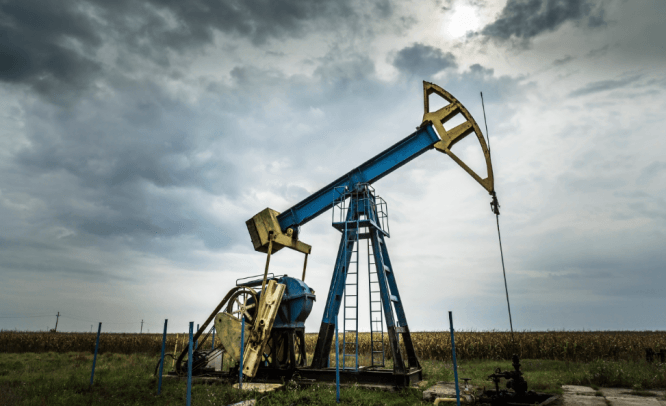 OPEC’s controversial strategy to protect market share instead of supporting the oil price is likely to change in 2016 Sean Evers February 1, 2016: A gloomy outlook descended on global oil markets as the Brent crude price slid below $30/bl in January, but the play book in 2016 is far from certain. The math surrounding oil prices for 2016 is simple and comes down to...

February 1, 2016: A gloomy outlook descended on global oil markets as the Brent crude price slid below $30/bl in January, but the play book in 2016 is far from certain. The math surrounding oil prices for 2016 is simple and comes down to a few questions – notably, will demand hold up?

China is in the throes of a fiscal rethink that may affect its energy demand and its status as a holy grail for exporters has producers in the Gulf and beyond on tenterhooks. Beijing has offered few hints as to what the year ahead may hold, but one certainty will buoy China’s demand; the need to fill its strategic petroleum reserves to around 500mn bls by 2020.

Perhaps the rapid demand growth in India, which will be 90% dependent on imports by 2020, or East Africa’s booming middle class population will help fill the potential gap in China’s appetite? The International Energy Agency expects the oversupply to be around 1.5mn b/d in the first half of 2016, so producers will keep seeing red dotted across their balance sheets.

Still, such forecasts are just educated assumptions as geopolitics has a habit of muddying economic theory. Aside from the region’s warfare, issues to watch for include the swelling dispute between Saudi Arabia and Iran and the new energy dynamics between Iran and Iraq. On a positive note, energy-related opportunities are set to bloom along the new Silk Road.

OPEC’s controversial strategy that it adopted in November 2014 to protect market share instead of supporting the oil price is likely to change in 2016 – the economic pressure may become too uncomfortable for Gulf oil producers. An emergency meeting could take place during the first quarter this year in an effort to address how to support oil prices as they slide to a 12-year low, Nigeria’s oil minister and OPEC President (2015) Emmanuel Ibe Kachikwu said in mid-January. The next scheduled meeting is June 2, but another four months is a long wait for the OPEC economies – Nigeria, Venezuela, Algeria, for example – that are particularly struggling. The internal disagreement on production policy within OPEC is likely to intensify by mid-2016.

Arab Gulf states’ economies are buffered by ample foreign reserves, but each is feeling the pinch, including OPEC linchpin and the region’s economic goliath, Saudi Arabia. Riyadh posted the largest budget deficit in the country’s history in late-2015 and sliced fuel subsidies, pushing petrol prices up by 50%.

OPEC’s strategy to push out the higher-cost producers, including the US’ shale oil companies, has worked to a degree. The list of US shale oil companies filing for bankruptcy will get longer in 2016, but many will just shed debt and move their assets to continue muted operations elsewhere until prices rise to about $50/bl. In part, OPEC’s dominant members will push their economic

diversification as the US shale market fails to crumble and fade; it is permanently embedded into the fabric of global oil dynamics.

A wave of US shale oil producers are expected to stand down in 2016 as OPEC’s fifteen-month attempt to dampen higher-cost producers takes hold – but only temporarily. US fracking is expensive, second to oil sands production in Canada, and the current $30/bl range is proving too painful. Oil prices would need to climb up to $50/bl at least for US shale oil producers to put down capital to drill new wells, or activate current wells. The US’ production of 9.22m b/d today will likely slide to 8.3m b/d by late-2016.

The US has around 5,000 wells that have been drilled and not yet used, which translates into around 4mn b/d of supply waiting in the wings for when oil prices rise above $50/bl. The country’s potential capacity is significant. There will be more clues in the year ahead about the tangible impact of the US’ decision to lift a four-decade ban on crude exports in December 2015, with the ink barely dry on the legislation before the first crude exports left the country and arrived in France three weeks later on January 20.

Conventional oil production will likely shift back into focus in 2016, stealing the global buzz from the higher-cost production of shale oil fields and enhanced oil recovery (EOR) recovery technologies. US producers that have pioneered shale oil production and revolutionized the country’s economy by turning it into a largely self-dependent producer with export potential, are feeling the pinch. Countries that are most reliant on costly EOR technologies to squeeze resources from mature and challenging fields may ease funding into research and development for new tools until the economic outlook is clearer. Conventional production is not without its challenges, as reserves are likely to take a knock in the first quarter. Major oil firms will be obliged to trim their proven probable reserves significantly as such reserves must be economically viable at prevailing market value. Very few, if any, find economic viability at $30/bl.

The escalating discord between the Middle East’s vying hegemons, Saudi Arabia and Iran, will add another element of geopolitics into what is already a convoluted picture. The ongoing wars and security unrest in Syria, Libya, Iraq and Yemen have had a manageable impact on global oil supply. However, the significance of the long-running power struggle between Riyadh and Tehran gained momentum in January, following Saudi Arabia’s execution of prominent Shia cleric Sheikh Nimr al-Nimr and the lifting of the P5+1 sanctions on Iran. Against a backdrop of accusations of proxy wars and economic angst, January’s events have set a potentially treacherous tone for 2016.

Iran is likely to come to market with 500,000 b/d this year – far less than the 1mn b/d initially touted by Tehran – at the same time as the country seeks massive investments to ramp up its energy infrastructure. Still, Iran’s potential should not be underestimated. For example, the country reduced its rate of inflation from 45% in mid-2013 to around 10% in 2015 – an impressive feat under sanctions and a stark contrast to economic management in the wider Middle East.

Tensions could also grow between Iran and Iraq over the coming year, as Iran looks to grab back the market share that Iraq took while the former was under sanctions. Whatever the outcomes, historical conflicts will distract the market from resolving the economics behind the muddied supply-demand balance.

On a lighter note, the emerging energy alliances along the new Silk Road – stretching from Beijing to Lagos – are expected to be well-timed, for Iran especially. Tehran has already reaffirmed the historic Sino-Iran trade links by securing a 25-year deal with China that will also generate $600bn worth of bilateral relations by 2026.

Squeezed budgets have sparked a wave of redundancies across the energy sector in the Gulf and beyond in early 2016 – a trend that is set to continue.  Total has trimmed 4,000 jobs from its global payroll in exploration and production, Chevron may cut staff numbers by 7,000, while the UAE’s Sharjah-based Dana Gas is cutting 40% of staff at its headquarters.

Bruised budgets are also one of the reasons behind Royal Dutch Shell’s decision to withdraw from a $10bn development of the Bab sour gas reserves with the Abu Dhabi National Oil Company, with the company also planning to cut 6,500 jobs.

The number of mergers and acquisitions and joint ventures will climb in 2016, as energy companies eagerly charm their competitors in the hope of locking in an economic buffer. The planned $47bn merger of energy giants Shell and BG Group could set the pricing benchmark for other major energy entities that are urgently readdressing their strategies.

Longer-term, the deep budget cuts today risk exacerbating the talent gap in the oil and gas sector, as they historically tend to push the brightest minds into better-paid sectors.  The archaic industry needs a revamp and a public relations overhaul as appetite in the Gulf and beyond for renewable energy gains momentum. Globally, there was a record high of $329bn invested in clean energy in 2015, climbing 3.5% on the previous record of $318bn in 2011, according to Bloomberg New Energy Finance.

Sean Evers is founder and Managing Partner of Gulf Intelligence, a strategic communications agency and an Energy and Finance think tank. He has spent his career building ground-breaking media enterprises, starting with the award winning Punchbag Productions across Britain and Ireland, securing top award at the 1992 Edinburgh Festival. In the mid-1990s, he was appointed Cairo correspondent for The Financial Times. In 1997, he was recruited by Bloomberg to open up the Middle East commencing in the UAE and over the following decade he built out the US media company’s regional network of bureaus from Cairo to Tehran, culminating in 2008 in Dubai being designated as the firm’s fourth global hub. He attained a BA in Politics & Economics from the University of Notre Dame in Indiana in 1988, and went on to secure his LLB law degree at the National University of Galway, Ireland. 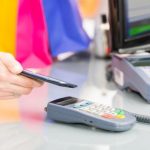 Why digital wallets are a hit in China, India

Dim outlook for Europe in 2016