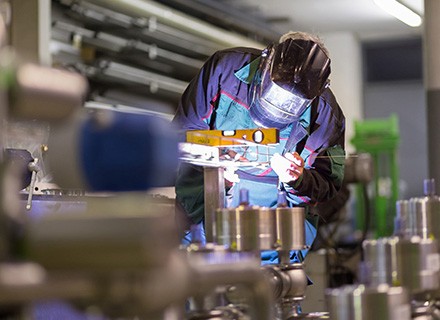 Singapore, like Malaysia, is coping with the consequences of the decline in Chinese demand, though

However, the US-China trade conflict has forced many businesses to reevaluate their global supply chains. In the next five years, according to a recent study by the McKinsey Worldwide Institute, businesses may move a quarter of their global product sourcing to new countries. This tendency is being further accelerated by threats from the climate, cyberattacks, and the continuing pandemic. An increasing number of countries are optimistic that they might dethrone China as the world’s next major manufacturing hub in this rocky trade environment.

Vietnam
By absorbing a large portion of the manufacturing capacity that China lost, Vietnam has so far been one of the biggest gainers of the US-China trade war.

Vietnam boasts progressively liberalised trade and investment rules that make it an attractive location for firms wishing to diversify out of China, in addition to having affordable labour and stable politics. Since tensions between the two powers deteriorated, several of the greatest names in technology moved some of their businesses to Vietnam.

Early in May 2020, Apple declared it would make around 30% of its AirPods in Vietnam rather than China for the following three months.

Mexico
Mexico is another country that has gained from the US-China trade war. The investment firm Nomura noted in a report that Mexico, which opened six new factories in multiple industries between April 2018 and August 2019, could emerge as a top choice for US businesses.

Additionally, a number of businesses are presently thinking about moving their operations to Mexico, including the Taiwanese manufacturers Foxconn and Pegatron, which are known as Apple contractors.

As US businesses adopt “near-shoring,” Mexico’s proximity to the US represents a significant benefit. To encourage businesses to relocate production facilities from Asia to the US, Latin America, and the Caribbean, the US administration is looking at financial incentives.

India
India has significantly increased its efforts in recent years to attract manufacturing investments into the country. The “Made in India” project of PM Narendra Modi aims to assist India in displacing China as a centre of the world’s manufacturing.

The promotion of the largest smartphone manufacturers in the world to manufacture in India is a key component of this strategy. India started a USD 6.6 billion incentive scheme in June of this year to increase the production of electronics there.

However, the trade battle has so far only yielded small benefits for the country. Analysts attribute this to India’s severe regulatory environment. On the FDI Regulatory Restrictiveness Index, India ranks 62nd out of 70 countries.

Malaysia
The Malaysian island of Penang witnessed a spike in foreign investment between 2018 and 2019. According to the Malaysian Investment Development Authority, the US contributed significantly to this, spending USD 5.9 billion in Malaysia in the first nine months of 2019, an increase from USD 889 million the year prior.

A new drive assembly and test facility would cost RM1.5 billion (USD 364.5 million) over five years, according to a statement from US chipmaker Micron Technology.

Malaysia, however, has been severely impacted by China’s loss of trade. Up to 60% of the materials and components used by Penang’s tech companies come from China.

Singapore
Over the last few years, Singapore’s ability to manufacture goods has somewhat diminished. While manufacturing accounts for roughly 30% of the GDPs of Taiwan and South Korea, it accounts for only 19% of the GDP in Singapore.

The trade conflict and the coronavirus outbreak might alter this. Singapore is in a good position to take advantage of this potential as a global hub with open investment and trade regulations and a track record of steady economic growth.

Singapore, like Malaysia, is coping with the consequences of the decline in Chinese demand, though. The trade war has caused the export-dependent nation’s industrial output to plummet, an indication that the country could gain from being more independent of China. 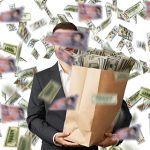 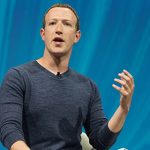