France-based renewable independent power producer Total Eren is set to develop two solar photovoltaic projects in the Philippines. The solar plants will be located in Luzon and will be developed in partnership with Manila-based renewable energy company Mabalacat Solar Philippines and Singapore-based Sindicatum Renewable Energy.

The plants, named Tarlac and Zambales, are located in the Tarlac and Zambales Provinces in the northern Philippines. Both plants will have a combined power capacity of 135 MWp. The project is expected to create local employment in the provinces and lead to sustainable growth.

Fabienne Demol, Executive Vice President – Global Head of Business Development of Total Eren, told the media, “we are delighted to have secured our first projects in the Philippines alongside Mabalacat Solar Philippines and Sindicatum Renewable Energy. I am enthusiastic about the prospects of the Philippines economy and the decarbonisation underway in its energy sector, in which Total Eren wants to take an active role. We look forward to delivering these first two solar projects and are committed to the development of a larger portfolio of renewable energy projects in the country.”

Philippines’ Energy Secretary Alfonso Cusi recently announced the decision to halt coal exploration in the country. He also added that the Philippines is seeking alternative energy sources. Currently, coal is the dominant source of energy in the Philippines, accounting for over 41 percent of the country’s total energy, while renewable energy such as hydropower and solar account for just 29 percent of its energy mix. That said, natural gas accounts for 13.5 percent of the total energy. 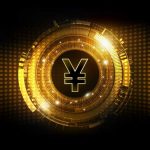 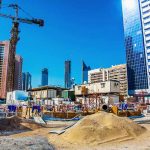