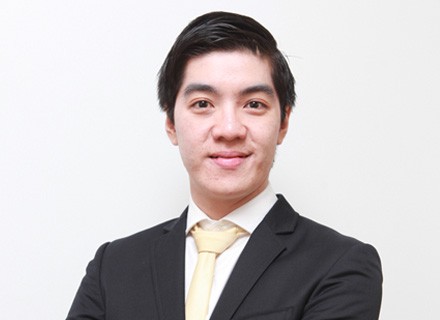 The TPI Polene Power (TPIPP), Thailand’s largest waste-to-energy (WTE) project developer and operator by capacity, has pledged to become a coal-free power production company by 2026. The company has an ambition to replace fossil fuels with refuse-derived fuel (RDF), which is derived from Municipal Solid Waste (MSW).

Currently, TPIPP produces electricity from waste heat, coal and RDF. It produces 180 Megawatt(MW) of electricity alone from RDF. The firm uses approximately 7000-8000 tons of MSW per day, eliminating around 7.5 million tons of CO2 equivalents from the globe each year, making it the biggest WTE company in Association of Southeast Asian Nations (ASEAN) and the biggest complete waste-to-energy power plant in one location in the world. The company is also in the process of adding new machinery and equipment, as well as, changing its raw material to be able to eliminate more than 19.5 million tons of CO2 per year by 2026. Therefore, by 2026, the company will be 12.6 million tons below “carbon-neutral”.

The company espouses a zero waste policy, recycling all of the waste it brings in, including plastics, sand, stone, steel and other aggregates. The organic materials pass through TPIPP’s MBT (Mechanical and Biological Treatment) plant and the leftovers are subsequently used as low-grade RDF, ensuring that 100% of the waste that is sent is utilized. The process is only possible by the use of both the Grate boiler system, which uses MSW directly, and the Continuous Fluidized Bed boiler system, which sorts out the waste first.

TPIPP has pledged to use MSW to its fullest potential. By modifying its original machineries and equipment, the company has developed the techniques and steps that are most suitable for the undertaking.

The year 2017 marked a major milestone for the company as it became a public-listed company in the Stock Exchange of Thailand, with shares snapped up by financial institutions from Thailand, Malaysia, Singapore, Hong Kong, and England. The company hit the 1 billion baht/quarter mark (approximately 1251 million Baht) for the first time in the second quarter of 2019.

In recognition of its significant contributions to waste reduction, TPIPP received the Thailand Energy Award from the Ministry of Energy’s Department of Alternative Energy Development and Efficiency in 2014, 2015, 2017, 2018, 2019 and 2020.

The company, which currently employs over a thousand staff, provides providence funds, free medical care and other benefits to its employees. Additionally, the company offers quarterly tours of its facilities and eliminates the local community’s waste for free as part of its CSR (Corporate Social Responsibility) activities.
•
Furthermore, the company uses a CSR-in process approach in its business model. For most companies, CSR initiatives are a burden and go against their profit-making goals. Since the company uses waste as its raw material, the company’s profit increases as more waste is being eliminated. Therefore, the more waste the company eliminates, the more electricity it produces and sells, garnering more profits in the process.

TPIPP believes that good governance is more than just transparency, and includes being able to live in harmony with the surrounding communities. The company feels that sustainability is a critical element in the new paradigm of the world. As such, it has committed to taking stewardship of the environment and fostering mutually beneficial relationships with local communities as part of its ESG (Environmental, Social and Governance) goals.

“We have been contacted by companies from China, Japan, Korea, Germany, UK and other countries indicating their keen interest in collaborating on future projects. Some of these companies already signed an MOU with us to help study on the feasibility of the projects”, Pakkapol Leopairut, the Executive Vice President said.

“Together, we look forward to having positive impacts on Thailand and the Indonesia-Malaysia-Thailand Growth Triangle region’s economic and social development, ” he added.

TPIPP recently won bids with the authorities to build eight and ten MW waste-to-energy power plants in the Thai cities of Songkla province and Nakornratchasima province, respectively, which will together eliminate 1000 tons of waste per day. The company already signed with contractors for both power plants. 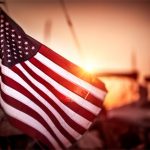 Recession may hit America by 2024 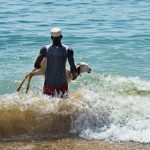