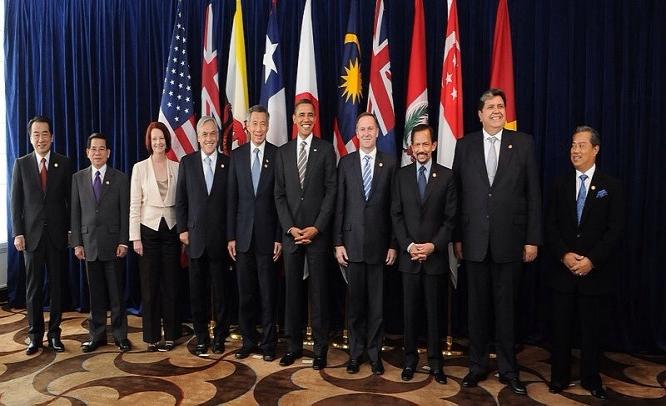 By Swarnim Wagle. 3rd December 2013 Negotiations over one of history’s most ambitious trade deals have taken another step towards defining the future of Trans-Pacific trade. The latest round of discussions on the Trans-Pacific Partnership (TPP) wrapped up this past weekend in Salt Lake City, Utah. Negotiators are believed to have made headway on a number of thorny issues, clearing the way for ministerial talks to be...

Negotiations over one of history’s most ambitious trade deals have taken another step towards defining the future of Trans-Pacific trade.

The latest round of discussions on the Trans-Pacific Partnership (TPP) wrapped up this past weekend in Salt Lake City, Utah. Negotiators are believed to have made headway on a number of thorny issues, clearing the way for ministerial talks to be held in Singapore, Dec. 7-10.

The TPP will draw together 12 countries dotting the perimeter of the Pacific—Australia, Brunei, Chile, Canada, Japan, Malaysia, Mexico, New Zealand, Peru, Singapore, and Vietnam. But it’s the United States’ efforts to spearhead the talks that have attracted the most attention. Concerns over a lack of transparency and the intrusive scope of the agreements’ provisions into national policymaking have led many to question its objective.

One of the most common questions is: what does this mean for Sino-American relations? With China on the sideline, is the TPP a plot to isolate the country and limit its economic ascent?

While many pundits have chimed in on these questions, it may help to first reflect on the evolution of preferential trade agreements (PTAs) over the last 20 years in the Asia-Pacific. Seen from this vantage point, the TPP is just another item in the dossier of American trade strategy, and one more challenge for Asian countries to navigate.

While the term ‘free-trade agreement’ may now sound familiar to U.S. citizens, it wasn’t too long ago that the country had a different approach to these deals. For much of the Cold War, it defended the Most-Favored Nation (MFN) clause of the multi-lateral trade regime, and tolerated European integration partly for its political significance of being a bulwark against communism on the continent.

However, the U.S. began signing its own PTAs—and departing from the MFN clause– in the 1980s, first with Israel in 1985 and then Canada in 1988. Together with Europe, it remained influential in shaping the outcome of the Uruguay Round of trade negotiations in 1994 that created the World Trade Organization (WTO) and incorporated in it an expanded agenda that included trade in services and intellectual property protection.

The ability of the West to shape the global trade agenda weakened in the late 1990s when an emboldened coalition of developing countries reasserted itself, most notably during the 1999 WTO Ministerial Conference in Seattle. No longer willing to be passive signatories to global trade deals that largely reflected the bargaining between the U.S. and the European Union, developing countries began to thwart issues of interest to rich countries.

This forced the U.S.—long a supporter of the WTO as the primary arena for trade issue negotiations—to shift its tactics.

Under President George W. Bush, the country began using PTAs as a tool in forming and busting political coalitions. According to Craig VanGrasstek, a scholar of the politics of US trade policy, the administration signed deals with Jordan, Morocco, Bahrain, and Oman, rewarding them as allies in the Middle East peace process—even though these countries combined accounted for only 0.2 percent of total U.S. merchandise imports in 2012.

The same strategy was used during the run-up to the second U.S. war in Iraq. Almost every Latin American country, beginning with Colombia, that joined the “Coalition of the Willing” quickly became a PTA negotiating partner. Others like Peru and Guatemala had not been part of the Coalition. But when they joined a WTO bloc that opposed the U.S.-E.U. position on agricultural negotiations, observes VanGrasstek, the U.S. quickly moved to lure them away from the group by proposing new bilateral PTAs.

The Obama Administration has steered a slightly different course. In the aftermath of the Great Recession, the U.S. placed more emphasis on the economic benefits of PTAs.

This administration sees PTAs as one route to achieving the president’s stated goal of doubling American exports between 2010 and 2014. While no longer just foreign policy props, the actual content of the PTAs changed little—illustrating the country’s long-running strategic objectives.

How are these objectives shaping the TPP? And how will recent PTAs impact negotiations?

The U.S.’ stated goal is to achieve a “high-standard, broad-based regional pact” in the TPP. These “high standards” are essentially provisions aimed at expanding and modifying the trade agenda beyond what would be currently possible at the WTO—particularly in the area of intellectual property rights, environmental and labor standards, and investment policies.

In this regard, the current criticism of the TPP as a political plot to isolate China is missing the bigger point. Put simply, the U.S. seeks to master the game of setting precedents.

By simultaneously negotiating a similar agreement—the Trans-Atlantic Trade and Investment Partnership (TTIP)—with the E.U., the U.S. is seeking to place itself in the driver’s seat of crafting international trade rules that serve its interest over the long haul. If both pacts are concluded successfully, the U.S. would have created a worldwide free-trade zone covering two-thirds of global production—all on its own terms. The WTO would be much less of an irritant, and if China were to join the TPP in the future, it would be conforming to rules of the game largely set to U.S. standards.

Would China ever join a bloc that it did not participate in shaping? The answer to that is much less clear. Yet, if recent history is anything to go by, the Chinese have shown themselves to be very skilled at taking the hand they have been dealt and swiftly playing it to their advantage.

The Chinese View: From Diffidence to Assertiveness

Under immense pressure from its trading partners, China agreed to a specific set of terms of accession to the WTO in 2001. The most troubling, from the Chinese perspective, were provisions permitting members to impose punitive restrictions on Chinese exports. These included the possibility of labeling China a non-market economy, in effect allowing potential anti-dumping tariffs to reach high levels. China lost no time in acting decisively to undo these provisions through bilateral trade deals.

Like other countries, China sought in its PTAs to secure access to raw materials and to expand markets for manufactured goods. But these PTAs deviated from the standard templates of the U.S. and E.U. They were more concise, absent of dispute resolution language, and open to subsequent elaboration.

More importantly, they contained a unique motive. China explicitly wanted its PTA partners to recognize the country as a full market economy and never to apply the “non-market” punitive provisions.

This wasn’t a hidden motive: it has always been on full display. For example, Article 14of the Agreement on Trade in Goods of the Framework Agreement on Comprehensive Economic Co-operation between ASEAN and China states: “Each of the 10 ASEAN Member States agrees to recognize China as a full market economy and shall not apply, from the date of the signature of this Agreement, Sections 15 and 16 of the Protocol of Accession of the People’s Republic of China to the WTO and Paragraph 242 of the Report of the Working Party on the Accession of China to WTO in relation to the trade between China and each of the 10 ASEAN Member States.”

Agreements like the ASEAN framework conferred to China a degree of economic security. But by 2008, China’s economic clout had grown to the point where the country could feel confident about its reemergence as a major world power.

Within the country, key players have come to view the U.S. as a rival intent on containing China’s rise. The Obama Administration’s “pivot” to Asia, and now the U.S. effort to spearhead TPP negotiations—which include countries like Japan and Vietnam, with whom China’s relations are currently strained—has done little to alleviate these concerns.

When it comes to China’s regional neighbors, the irony is that these strained relationships are in part triggered by the exemplary pattern of two-way trade where parts and components cross borders woven together in effective regional production networks. This growing mutual reliance has forced each of these countries to compete ever-more fiercely for finite natural resources.

So how do some of China’s neighbors in Asia fit into the major powers’ free-trade agenda? Will the TPP help them get a leg up on competitors? Or will the more stringent trade standards of North-South PTAs constrain them in the short run?

The Regional View: Hedging Their Bets

Asia as a whole is finally catching up with one of the West’s oldest inventions: trade regionalism. By the start of this year, more than 250 proposed, negotiated or signed PTAs have at least one Asian country party to them.

The ultimate goal for many of these countries is to establish a vibrant regional economy that transcends any given trade bloc, but the immediate goal remains economic growth. To continue to chart this course, Asian countries would need to be much more selective in signing extra-regional trade agreements that may undermine national development objectives. While economists agree that a freer exchange of goods, capital, ideas, and people tends to generate greater prosperity, there is no automatic guarantee that the provisions in modern “free trade” agreements are actually aimed at encouraging freer trade.

The regional cooperation agenda in Asia still needs to tackle fundamental supply-side constraints like energy, transport infrastructure, and regulatory standards. The provisions being debated for inclusion in North-South trade agreements like the TPP—where powerful sectoral lobbies are likely to capture large concessions—could end up placing a greater burden on weaker partners, specifically in the form of added compliance costs and restricted policy space.

Given the divergence in development levels across Asia, any agreement of such magnitude would likely contain significant sections on sensitive areas such as agriculture, intellectual property, and investment regulations.

Yet, it is unlikely that any bilateral or regional trade agreement could sufficiently address the issue of developed countries’ subsidies on agricultural exports, the safeguarding of hard negotiated policy flexibility on generic versions of patented drugs, or recourse by small countries to effective dispute settlement mechanisms. These are the types of issues better addressed at the WTO.

Signing PTAs is not a zero-sum game. Most Asian countries recognize this, and they have grown adept at hedging their strategies in relations with China and the U.S.

But failing to carefully measure their own interests could undermine national development goals, as well as the grand vision of a fully integrated regional economy. As long as the majority of these countries still have average per capita incomes below the global median, trade ought to remain part of—yet subservient to—the larger goal of economic development pursued with the exercise of diverse policy options.

They’d be wise to remember the grand prize is meaningful regional integration, not a spectator seat at a sideshow of the Great Game involving the world’s largest economies. 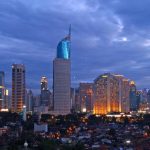 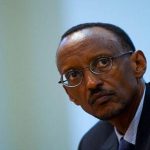