The update about the Twitter edit reply button was first seen by the tipster, Mukul Sharma this week.

Ever since Elon Musk had put out a poll for introducing an edit button on Twitter, there has been a huge buzz. It finally seems like Twitter is bringing out the edit feature for its users, but will it be available for everyone?

The update about the Twitter edit reply button was first seen by the tipster, Mukul Sharma this week. He announced this via Twitter and further stated that it will be available only for select users.

The confirmation regarding the timeline of the edit button has not yet been confirmed. The reports about testing this feature are gradually getting pushed.

The tipster further added that when a user tweets an objectionable post, whether it’s abusive, harmful, or offensive the person will get an edit option on his post.

The tipster is not the only proof of this feature; researcher and reverse engineer Jane Manchun Wong too revealed the first glimpse of the edit feature.

She posted a video with the steps required to edit a tweet. A user will have to press a button called ‘Edit Tweet’ in the drop-down context menu.

The unreleased version of the Edit tool will re-upload images, videos, GIFs, etc.

Apart from this feature, Twitter is also testing another feature, a like feature where people will be able to like any post. It is also expected that the platform will soon add a dislike/downvote button. This feature is expected to be different from the heart button for the tweets. 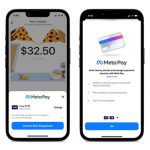 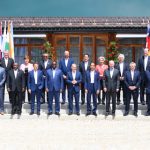