The Organisation for Economic Co-operation and Development (OECD) said the U.K economy is growing at an annualised rate of 3.7 percent this quarter and some economists reckoned it could top 4 percent by the end of this quarter. 12th September 2013 Britain’s economy has finally started to recover from recession as  surveys showed business activity in Britain rose last month at a pace unmatched by...

The Organisation for Economic Co-operation and Development (OECD) said the U.K economy is growing at an annualised rate of 3.7 percent this quarter and some economists reckoned it could top 4 percent by the end of this quarter.

Britain’s economy has finally started to recover from recession as  surveys showed business activity in Britain rose last month at a pace unmatched by any of its G-20 peers, a huge contrast to the early part of the year when there was a wide spread talk of “triple dip” recession. The Organisation for Economic Co-operation and Development (OECD) said the U.K economy is growing at an annualised rate of 3.7 percent this quarter and some economists reckoned it could top 4 percent by the end of this quarter. In the last month, the economy stepped up immensely as manufacturing and construction industries have fallen in step with the service sector to push the UK well ahead of its G20 peers including France, Germany and rest of the Eurozone.  When the latest GDP figures arrive next month, the U.K could go past U.S., which has propped up the world economy since the financial crash of 2008.

The OECD predicted that growth would accelerate in the second half of the year, with the economy expanding by 1.7 percent between June and December. Presenting the biggest upward revision forecast for the U.K among the Group 7, Jorgen Elmeskov, deputy chief economist at the OECD, said the optimism reflected improved sentiment and data, forcing the publication of British growth numbers “more than a tad higher”. The growth forecast by the international organisation is higher than the Bank of England’s central predictions from last month, which predicted an annualised growth rate of 2.5 percent, a percentage point below the growth rates suggested to be possible by OECD.

“We’re enjoying a sugar rush at the moment,” said Alan Clarke, director of fixed income strategy at Scotia bank in London, citing pent up demand in the housing market and government stimulus to improve access to it.” Clarke, said strong growth could at least carry over into the last three months of the year, perhaps around 0.7-1.0 percent on the quarter.

So, has the U.K really recovered from its economic slump? , or is it due to the surge in the housing market? And how does it fare compared to its G 20 peers, International Finance Magazine analyses the various parameters gauged for its recovery in comparison to its illustrious European peers.

Britain’s unemployment rate is now below 8 percent, still above the 7 percent level targeted by the Bank of England. However, the average amount of wage paid to the workers has fallen drastically; the TUC has calculated that in the last five years average pay has fallen by 6.3 percent in real terms.

In the U.S. the unemployment rate is at 7.3 percent, it’s lowest in four years, in E.U the unemployment level was at 11 percent with the eurozone at 12.1 percent, both up half a percent point on July 2012. Despite the high rates of unemployment, salary levels have risen everywhere in the EU in recent years, except in Britain and bailed out countries of Greece, Ireland and Portugal.

The financial crisis of 2008 was a blessing in disguise for British exports as it reduced the exchange rates, while European countries were tied to an exchange rate dictated by Germany, the UK could cash in on a 25 percent decline in the value of sterling. Manufacturers have increased their output in response to an increase in domestic demand and turned away from cultivating export orders, the services PMI has been increasing since 1997 and has outnumbered the total imports in the last five years. The U.K Office for National Statistics said the total exports in the United Kingdom declined to 41100 GBP million in July 2013 from 43091 GBP million in June of 2013.

The U.S. has benefitted from huge demand in China and the Far East for industrial equipment and cars which has seen its exports soar and being the catalyst for its growth. Germany, for long considered as the global champion for exports has also seen an upward trend in its exports, German exports grew by 4.3 percent last year to over € 1tn, according to the federal statistics office, with a more than 10 percent increase in sales to non European countries.

Mortgage applications in the U.K. were up by 45 percent compared to the previous year and approvals increased by 10 percent and prices rebounded by 5.4 percent. The rise in mortgage lending is mainly due to the government backed programmes such as the Treasury’s “Help to Buy Scheme” and the Bank of England’s “Funding for Lending” scheme, which effectively subsidizes banks that offer lower mortgage rates.

U.S.,  which experienced its worst ever property price crash last year, with rates going down to the extent of 50 percent in south western states  and Florida has staged a smart recovery. The S&P/shiller index showed prices 12.1 percent higher in June compared to the previous year. In Europe and Ireland property prices have fallen up to 50 percent, but Berlin, Munich and Frankfurt have staged a recovery.

Britain’s Business Secretary Vince Cable has warned the government against complacency despite the economy showing a turnaround of sorts, highlighting the risks of an overheating housing market. His comments soon after Chancellor Osborne declared that Britain’s austerity measures had borne fruit. Speaking at a conference to discuss the country’s long term industrial strategy Mr.Cable said “The economy needs to be rebalanced towards more exports and investment and away from debt consumption”. Housing prices in U.K have reached a seven year high and first time buyers are flocking the market, Britain’s largest mortgage lender Halifax said that house prices were 5.4 percent higher compared to 2012. The Royal Institution of Chartered Buyers (RICS) have warned of the risk of prices soaring to unaffordable levels along  with economists who opine Osborne’s Help to Buy could spark another property bubble.

Peter Bolton King, the residential director of RICS said “For the market to work properly, its vital that property is both accessible and affordable, and we’ll be monitoring the situation very carefully as the housing sector continues to recover”. The IMF has criticized Osborne’s move of “Help to Buy” scheme, which will be expanded in January 2014 to make loans available to all buyers and all types of property up to the £ 600,000 limit.

United Kingdom is definitely experiencing an economic boom compared to its European counterparts, however, the “debt fuelled consumption” will last only for a lesser period before its effects could hit the nation. We completely agree with the argument of Mr.Cable who says economic progress should be judged on a country’s manufacturing output and exports rather than short term measures such as the debt fuelled consumption which will reignite prospects of a mortgage crisis, this time caused by a government backed scheme, economists and real estate surveyors have already warned of an impending housing bubble. Changes in the monetary policies (Q.E particularly) could hit the mortgage markets and spark off another crisis.

For now, it’s interesting to see how long will Britain survive this boom and surge in the housing market. 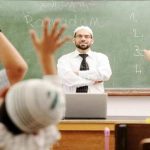