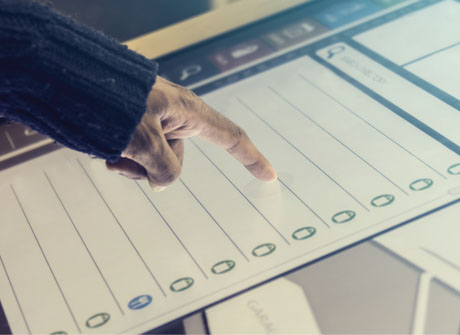 PwC in a recent report said that it expects AI to contribute up to $15.7 trillion to the global economy in 2030 and the Middle East is not to be left behind in this worldwide AI revolution. With companies and organisations in the region deploying AI across various verticals to boost efficiencies, the report estimates that the Middle East could accrue two percent of the total global benefits of AI in 2030, which translates to about $320 billion.

Within the region, the PwC report highlighted United Arab Emirates (UAE) as one of the countries that could lead the region in AI implementation. It said AI could contribute about 14 percent of UAE’s GDP in 2030 and this would be the largest share when compared to other countries in the region, in relative terms.

This, however, seems unsurprising considering the prominence the country has given to this technology, so far. UAE made its AI ambitions evident after it became the first country in the world to have a dedicated minister for AI – Omar Sultan Al Olama was appointed as the Minister of State for Artificial Intelligence, way back in October 2017. The move had then come just days after the country’s Prime Minister Sheikh Mohammed Bin Rashid Al Maktoum announced the UAE Strategy for AI, a first of its kind in the region with the main objective to make UAE the leader in the field of AI investments in various sectors and ensure this technology is implemented across nine sectors such as transport, healthcare and energy, to boost efficiencies.

Businesses in the UAE, the PWC report added, had already initiated huge AI investments with the government acting as an early user of the technology. And one company that is helping UAE businesses with their AI agenda is Microsoft. Speaking to International Finance, Ihsan Anabtawi, chief operating and marketing officer at Microsoft Gulf said, that the company was providing AI solutions across several core areas and to several customers in the UAE.

One such area he said, was related to developing the skill sets of people. Microsoft Gulf has recently started an AI Business School to help provide specialised curriculums focusing on AI strategy, culture and responsibility. In this regards, Anabtawi said, the company will bridge AI skill gaps, by training the current generation of youngsters to be the leaders of tomorrow.

Another area, according to Anabtawi was innovation. He said that Microsoft Gulf was building coalitions for responsible innovations in the UAE, by working closely with the government and other stakeholders to create a responsible, community-centric approach to developing AI solutions.

The third area is in digital transformation. He explained this area was being enabled by spearheading the adoption of cloud and Azure AI technologies to help its clients better engage their customers, empower their employees, optimise their operations, and transform their products and services.
The final area was society. In this regards, he said they were “generating positive societal impact by applying Microsoft technologies to address challenge-areas such as the environment, sustainability, accessibility, and humanitarian programmes.”

In terms of specific UAE organisations it is working with, Anabtawi said Microsoft Gulf was working with companies such as Etihad Airways, Smart Dubai, Majid Al Futtaim Ventures and government entities such as the Abu Dhabi’s Smart Solutions and Services Authority (ADSSSA) and Dubai Electricity and Water Authority (DEWA) to develop AI-based solutions.

With regard to government entities, Anabtawi said, they had signed strategic MoUs with Smart Dubai, and ADSSSA as part of their ongoing efforts to accelerate digital transformation and boost adoption of various technologies. “Microsoft believes AI is a key part of an organisation’s digital transformation strategy, and we have long urged public and private organisations across the Middle East to consider that when formulating migration plans. To help them, we recently opened two dedicated cloud data centres in the UAE, to serve regional customers and help them achieve more,” he explained.

Anabtawi added that their general goal was to democratise AI and make it accessible to every individual and organisation in the UAE, and to do this it was infusing intelligence across all their products and services. “Azure AI, through products like Azure Machine Teaching and Azure Cognitive Services, provides developers and data scientists the AI tools to train custom data models and add vision and knowledge capabilities to applications – simplifying the process of bringing more advanced intelligence into their organisations. We expect UAE organisations looking to compete in the new global digital economy will find these capabilities invaluable.”

With regards to DEWA, Anabtawi said, that his company was working with this government entity to support ‘Rammas’, a chatbot service built on Microsoft Bot Framework and hosted on Azure, which was helping transform customer experiences using AI capabilities. Meanwhile, with regard to Dubai-based Majid Al Futtaim Ventures, a group that operates across industries such as shopping malls, hotels, cinema, and hypermarkets, Anabtawi said that they were leveraging various Azure AI solutions in an effort to gather data-driven insights that would enable the organisation to transform business models.

Finally, with regard to Etihad Airways, the second-largest airline in the UAE, he said it had partnered with the company to launch the region’s first AI Academy, to reinvent the way the airline serves its passengers.

An Etihad spokesperson further explained to International Finance that this academy was launched in January this year and would allow for the provision of AI training to all its employees, through a mix of self-led online training and instructor-led classroom and lab sessions. This, the representative said was aimed at driving AI literacy across all of Etihad, and accelerating the identification and adoption of AI in its business.

When we queried Etihad on other AI collaborations, the representative told International Finance that the airline had a large portfolio of partners with which it had worked together in the development of several AI projects. Of these, an integral one includes the partnership with Plug and Play and the Abu Dhabi Department of Culture and Tourism, the representative added.

With regard to specific AI developments in the company, the representative said that Etihad and the airline industry as a whole, had been investing heavily in this technology. “AI in the form of data-driven automation has been crucial in advancing things like airline seat inventory and pricing optimisation. Many of our technology vendors and partners have been embedding AI into their applications over the last decade, audio transcription is an example.”

The representative added that Etihad was applying AI solutions and automation across all its business units and areas such as its Etihad Guest loyalty programme, aircraft maintenance, onboard catering and through to corporate departments like audit and compliance. This, the representative said was expected to improve the customer experience and also ensure they operate as effectively as possible.

Another company that is using AI in its operations is Liv, the UAE’s first digital bank aimed at serving millennials. Jayash Patel, head of Liv, told International Finance that they recently joined forces with US-based Kasisto – the creators of the KAI Banking AI platform for finance – to introduce Olivia, Liv’s conversational AI based chatbot.

The purpose of introducing Olivia, Patel said, was to help their customers make better financial decisions through human-like conversational AI. Olivia helps customers get account information and insights on their spending as naturally as texting a friend, apart from helping customers get quick answers on how to make a local transfer or to block their card; text back account balance, answer queries on their expenditure helping them plan and manage their finances better and so on, Patel explained.

Liv’s parent bank, Emirates NBD, is also known for giving equal, if not more, prominence to AI. Speaking to International Finance, Suvo Sarkar, senior executive vice president and group head at the retail banking and wealth management division at the Dubai government-owned bank said, it has already made investments to develop a conversational AI-enabled voice banking ecosystem to simplify customer interactions and its first initiative under this road map is EVA (Emirates NBD Virtual Assistant).

This, Sarkar, said is the first English speaking virtual assistant in the region and used conversational AI levers such as intent recognition and natural language understanding to interpret customer requests and intelligently steer the customer towards automated resolution of their requests. 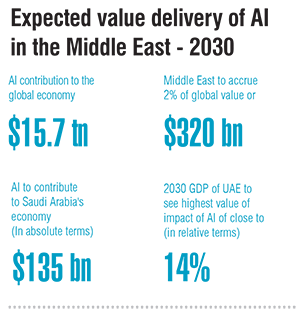 Apart from this, its other AI developments include a chat-bot to enable staff access HR services easily. It also uses AI and robotic process automation (RPA) in other areas such as marketing to enhance communication effectiveness and also improving operational processes.

Additionally, a significant AI development in the pipeline for the bank includes its collaboration with Amazon Web Services (AWS), to build an AI-enabled bank of the future. In this regard, Sarkar, said that they will use AWS’s AI services, along with other technologies such as data analytics and internet of things (IoT) as part of its ongoing efforts to better engage with customers and to simplify banking.

With regard to the future for AI, the Etihad representative said they believed there would be no verticals that will be untouched by AI and automation within its company, going forward, indicating the huge potential for AI going forward.

Emirates NBD meanwhile is working on building an AI and Advanced Analytics Centre of Excellence, as part of the bank’s ongoing Dh1 billion digital transformation initiative that will see the implementation of high impact AI use cases across areas such as sales, service, operations, compliance and risk, Sarkar told International Finance further indicating the huge potential for AI in the UAE.

Meanwhile, Microsoft’s Anabtawi said that they firmly believed that this technology had the potential to transform communities, societies and nations, with people at the centre, in ways previously unimaginable. Citing a June report that was commissioned by Microsoft and conducted by EY, Anabtawi said, 94 percent of companies in the UAE were reported to have shown involvement in AI at executive level – the highest percentage among all surveyed MEA countries, further indicating the huge potential for AI in the UAE. 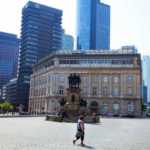 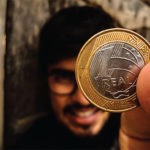