Prime Minister Theresa May suffered a big blow in her attempt to win a decisive mandate for a free hand in negotiations for the UK’s exit from the European Union.

The Conservative Party has 12 seats less than what it started out with on April 18 when May announced snap polls. However, it is expected to receive support from the Democratic Unionist Party (DUP), whose 10 seats will be enough to get past the 326 required to form a government.

And, despite calls from her party colleagues to introspect, it appears that May is determined to continue as prime minister, with support from the DUP.

She insisted that the country needs a ‘period of stability’. Referring to the Conservative Party having the maximum number of seats and the highest vote share, she said, “It is incumbent on us to ensure that we have that.”

Labour leader Jeremy Corbyn urged her to quit, saying he is ‘ready to serve’.”The mandate she’s got is lost Conservative seats, lost votes, lost support and lost confidence. I would have thought that’s enough to go, actually, and make way for a government that will be truly representative of all of the people of this country.”
The Labour Party feels reinvigorated after its tally went up by 29 seats. No one expected Corbyn to cause any headache to May’s efforts to secure a fresh mandate by calling for elections in April.

Notably, though the Tories have 60 MPs more than Labour, the gap in the vote share is not much. With both sides sticking to their stands, it appears that the Brexit negotiations will be a major challenge for the new government.

May has until June 13 to form a government, or make way. The talks with Europe are scheduled for June 19. While May sought a decisive mandate for the talks, what she has got is exactly the opposite.

Monica Defend, Head of Global Asset Allocation Research at Pioneer Investments, said, “This political outcome creates further uncertainty about negotiations. There are a number of open questions, starting from what PM May will decide to do given the scale of her defeat and what combination of coalition parties will be formed to govern.”

Nigel Green, founder and CEO of deVere Group, said: “The UK election result is a hammer blow for a hard Brexit. Mrs May no longer has the ability to deliver on this as she did even 24 hours ago, for two key reasons.First, the British people have spoken and largely rejected much of the Conservative manifesto, which championed a hard Brexit. And second, the leader of the Democratic Unionist Party, which is joining forces with the Conservatives to form a coalition government, have said they will not back a hard Brexit.”

Paul Marston, Managing Director of RateSetter Commercial Finance, said:“Without doubt, a hung parliament is the worst outcome for the business community. While politicians vie for position over the next few days, a shadow of uncertainty forms, meaning that small business owners are more likely to put their growth plans on ice until the political and economic outlook stabilises. However, UK small businesses have experienced coalition government before, and excel at adapting to new circumstances. So in the longer term, I am optimistic that we will see businesses continuing to invest, grow and create wealth and jobs.”

Ed Molyneux, CEO and co-founder of FreeAgent, said of the election, “This has been the most tumultuous election in recent memory, so is imperative that we get clarity over the identity of our new government and their plans for the future as soon as possible.” 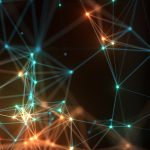 Entersekt gets funds for global expansion 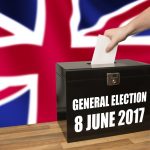 ‘A hard Brexit is now at risk’