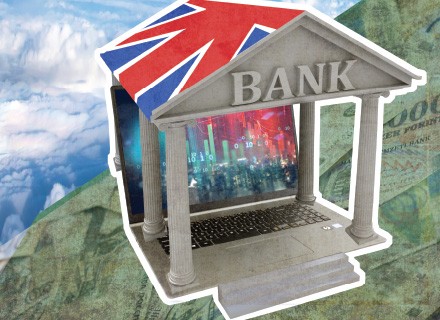 In 2018, the UK’s Competition and Market Authority enforced open banking to benefit financial services consumers through the use of open-source technology. The new directive has forced the UK’s nine largest banks and building societies to share consented consumer information with authorised third parties in a secure, standardised format to ensure consumer control over data and to foster banking innovation.

“The original aim of the Competition and Markets Authority’s order was to provide consumers with more choice, create better customer engagement with banking services and stimulate innovation across the financial sector,” Jim Wadsworth, Senior Vice President of Open Banking at Mastercard, said in an email interview with International Finance. These are all important efforts, which have made worldwide open banking adoption a required norm.

Today open banking in the UK is the most advanced in the world. All of the CMA9 banks have rolled out open banking APIs, with some of the non-CMA9 banks voluntarily adopting it. Brian Hanrahan, Chief Commercial Officer of Nuapay, a pioneer in open banking, said in an interview with International Finance, “I think it is fair to say that for the last 18 months the UK has been going through the learning curve, and developing its basic open banking infrastructure and connections.”

Currently, there are 110 third party providers approved in the country and there was a 25.3 percent increase in the number of API calls made between August and September, according to UK regtech Konsentus data, as of November 2019.

These developments stem from a robust API standardisation as banks and financial services companies are testing prototypes and beta versions of their new operating models. “Research in fact shows that the country’s API framework is entirely capable of supporting the banking sector’s ambition in opening itself up to open banking opportunities,” Adrian Cannon, Managing Director at Omnio, a financial technology company, tells International Finance.

Another reason for this is that the approach taken by the UK regulator has always been fairly prescriptive compared to other markets. The regulator provides levels of standardisation across banks which make it easier for third party providers to build services across APIs of various banks.

“The prescriptive API framework or approach taken by the regulator in the UK has also led to some really positive outcomes from a customer perspective as well,” Hanrahan says. “For example, the UK banks were required to implement an app-to-app journey, where consumers authenticate themselves in their mobile banking app. This implementation has been critical in improving customer experience.”

But it has taken a long time for the APIs to be up and running successfully in the country — particularly in the payments landscape where the API framework is facing teething troubles, however. Its functional design and the banks’ reliability are sufficient to carry on with customer propositions. Earlier this year, the Open Banking Organisation said that there are more than 135 entities approved by the Financial Conduct Authority to provide open banking-led services for consumers and SMEs.

In the coming months, the UK SMEs will find themselves in the midst of numerous financing opportunities — as open banking is disrupting the whole financial services landscape. It allows SMEs to provide their account history of cash flow and creditworthiness to external lenders to obtain a quick loan application.

The crucial point, however, is that it helps those SMEs to generate a richer set of data on a particular customer to facilitate better lending decisions — and develop closer levels of integration into their existing CRM, ERP, or accounting packages. As it appears, “SMEs is one particular area where there are a lot of declines, simply because of insufficient data to make a decision, and we are expecting open banking will help change this,” Hanrahan explains.

New use cases of bank-fintech collaboration to benefit SMEs

The UK lenders like GrowthStreet and iwoca are beginning to use open banking to accelerate decision making and reduce fraud in the underwriting process. In fact, there are a number of emerging use cases of banks and fintechs collaborating to develop new innovative products and services targeting SMEs in the UK. “We’ve seen a particular focus on new products and services to benefit SMEs following the Capital Market Authority’s open banking order which came out of review in the retail banking sector,” Wadsworth says.

These innovative tools and apps can analyse open banking data drawn from small business bank accounts and find valuable insights that can help them with better credit access, improve financial management and fulfill other legal obligations. “This is hugely important as it encourages SMEs to focus on being productive while an app or tool will support their budgeting, cash flow and borrowing capacity,” Wadsworth adds.

Although it is nearly impossible to measure the current impact of open banking in the UK and other European markets — this new directive is creating greater competition among business lenders, especially as the lending market suffers from a lack of competition.

For now, “open banking has increased competition and has encouraged innovators to enter the market — and these pioneers are willing to break the mould and do things differently,” Canon says. “With regard to SMEs, there is no doubt that open banking has produced efficiency gains for them, not least spurred on by the integration between non-banking and banking API-based platforms.”

But in order for third party providers to be able to operative effectively — the banks’ underlying APIs will have to be powerful. To that end, the current APIs need building out for more sophistication on both availability and stability fronts.

Recently, Nuapay published data from its study which compares banks in the UK over two categories. The first is the total time to initiate payment through open banking and the other is the number of customer interactions required to achieve that. Its data found a slight variation in how banks adopt an API-based approach.

For example, one of the banks that Nuapay interviewed said that they had taken a step back after a slow start to completely re-architecture their system and the API connections to deliver better customer experience. In another example, the bank had taken an API-based approach, where all external APIs made available to third party providers were the same used for internal communications.

“So I think the open banking has not just been about automating their existing experiences, but it has forced them to rethink some of their existing approaches and think from an API first approach to their technology stack,” Hanrahan exclaims.

While the UK remains the most innovative open banking market — it is worth remembering that when the regulations came into effect last year — it subsequently suffered unintended consequences in terms of security and trust. In fact, McKinsey published a report titled A Brave New World for Global Banking, which estimates that banks in Europe and the UK currently have $35 billion, or 31 percent of profits at risk due to digitisation — emphasising that further digital disruption could cut profits by half  to $50 billion in 2020.

The country’s regulatory landscape is transforming systematically, with more focus on full implementation and compliance with the existing regulations over the next two years. Also, there could be a wide scope for extending new regulations in the future.

“One area which we can assume that will be flooded with regulation is the use of data to which regulators have already expressed concerns. Sensitive information must and will become carefully controlled. While the exact timing is hard to predict, what is certain is that when problems arise, the regulator will catch-up with innovators,” Canon emphasised, stating that “in the UK, we enjoy a robust regulatory framework which encourages innovation. Despite Brexit, we are seeing an impressive volume of inward investment in the open banking sector.”

That said, it does not reduce the impact of regulatory and technical challenges that banks have been persistently facing in recent months. The regulatory challenge mainly stems from the deadlines set by the regulator. For example, the deadline for introducing customer authentication was delayed by 18 months as banks in the UK were unable to meet the requirements within the stipulated duration.

This in turn could lead to technical challenges for banks as they are expected to meet requirements and justify huge technology transformation costs under excessive strain. In addition, the availability of the right skill sets for the job is extremely hard to find, especially because of highly complex regulatory compliance and risk management frameworks involved.

Another challenging scenario is that an emerging generation of banks are struggling to extract value from their assets and infrastructure. In today’s circumstances, commercialising APIs is a huge necessity — and many banks are moving toward the concept of premium third party providers, or APIs which these providers are willing to pay for.

Against this background, “We expect the Open Banking Implementation Entity will make an active push, using its mandate to ensure the banks are complying with their obligations to provide a service that is as good as their own internet or mobile banking channels,” Hanrahan says.

Then there is the ultimate concern of data security for banks across the world as they adopt open banking technologies. Wadsworth explains, “With a range of different technical standards across Europe, it’s crucial that financial institutions are clear on how they will safeguard their data against fraudulent activity.”

But certainly the Open Banking Implementation Entity has secured the leading role in uplifting the next-generation of European banking capabilities. This is because  “the UK was arguably the first country to develop open banking standards and continues to be a leader in the field. Many other countries are looking carefully at the UK’s experience as they develop their own models,” Wadsworth explains. The UK has made it easier for customers by providing them with modest complex banking arrangements and other European banks are following suit.

In future, it might be easier to persuade financial customers to adopt open banking, according to the PwC report, which found that 39 percent of them would share their financial data with banks and third party providers. However, this will depend on whether they receive benefits such as a comprehensive banking app, or are able to compare bespoke offers from third party providers.

An app-to-app journey will be the next big focus to enhance customer experience — with a major shift anticipated toward open finance rather than just open banking in the UK and the rest of Europe — as in the case of Australia. 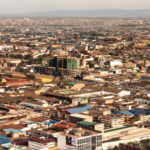 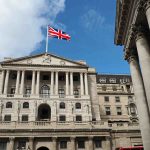