According to a financial analyst inflation rate of 9%, which is at a 40-year high, is putting pressure on Britain

The resignation of British Prime Minister Boris Johnson increases the level of uncertainty facing the country’s economy, which is already under pressure from double-digit inflation, possibility of a recession, and Brexit.

It might take a long time to find Johnson’s replacement, till then the fifth-largest economy in the world would be at risk of further drift at a time when the pound is close to two-year lows versus the dollar, and the Bank of England (BoE) is struggling to raise interest rates without hurting the economy.

There are many key questions hanging over like whether Britain’s economic policy and Brexit were responsible for Johnson’s resignation and what will happen to Britain’s economy?

Graham K. Wilson, Professor Emeritus University of Wisconsin- Madison, Professor Emeritus Boston University, Political Science, USA told International Finance that during the 2016 campaign that led to Brexit, Boris Johnson proclaimed his devotion to “Cakeism” (the wish to have or do two good things at the same time when this is impossible), he denied the old adage that you cannot have (keep) your cake and eat it and argued that it was possible both to have and to eat one’s cake.

Originally used as an implausible but popular argument that the UK could have the benefits of EU membership whilst leaving it, Cakeism came to define Jonson’s approach to governing. The UK could be committed to fiscal probity without constraining spending or raising taxes.

The government promised major spending projects such as HS2 (High Speed 2 railway line) and spending on “leveling up” (reducing the degree of inequality between regions), whilst also promising to cut taxes and reduce budget deficits. Affluent Conservatives in the south east were promised tax cuts; the newly Conservative and formerly Labour constituencies in the north and midlands were promised better services and more government spending. The COVID crisis delayed confronting these contradictions.

According to Wilson, as in most developed democracies, the imperatives of containing the virus through lockdowns without devastating the economy resulted in large increases in government spending. As concern about COVID diminished, the consequences of the crisis measures on the budget became clear.

“Government expenditure as a percentage of GDP was higher than when Mrs Margaret Thatcher came to power in 1979”, Wilson said.

Inflation carried more and more people into higher tax brackets and taxation was equivalent to the highest percentage of GDP since the Second World War. The British had acquired a very unsavory cake to eat and keep; high taxation, high taxes and high budget deficits. There was widespread agreement that key government services such as the National Health Service (NHS) were creaking under the strains of underfunding. To make matters worse, GDP is estimated to be about 5% lower than it would have been had the UK stayed in the EU.

“Because of Brexit and Johnson’s policies, the UK had the lowest growth rate amongst advanced democracies. There was no prospect of the UK growing its way out of its problems”, Wilson said.

Johnson’s fall
According to Wilson, the fall of Boris Johnson was superficially related to these issues. Johnson’s conviction for breaking rules on limiting social gatherings his government had created and a series of events during which he proved incapable of telling the truth were more directly related to his departure.Perhaps, however, Cakeism was another and deeper example of Johnson’s dishonesty, concealing from the public the hard choices that must be made.

“As the contest to replace him has unfolded, the contradictions of Cakeism became apparent. Candidates were differentiated on the basis of whether they were more concerned about cutting expenditure, reducing government deficits, maintaining “leveling up” or cutting taxes. Avoiding difficult choices had been the core of cakeism. It had been the basis of Johnson’s triumph on the 2019 General Election, adding formerly Labour constituencies to the Conservatives’ base in southern England. It was apparent, however, that cakeism was no longer possible”, Wilson said.

“Moving on from cakeism will be difficult. The British have long and plausibly been accused of wanting Scandinavian levels of government services and American levels of taxation. Boris Johnson told voters that living this dream was possible. The reality is that it is not”, Wilson added.

Rise in Inflation
Meanwhile, Emad Mohammad a Financial analyst at Hamilton, Ontario told International Finance that after Johnson’s resignation the inflation will increase more than other countries. He said that an inflation rate of 9%, which is at a 40-year high, is putting pressure on Britain. The BoE predicts that it will reach 11% later this year.

In April, the IMF predicted that the UK would experience slower growth and more persistent inflation than any other large economy in 2023.

“The recent decline in the value of the pound has intensified inflationary pressures, the idea of higher government spending or tax cuts to boost the prospects of the Conservative Party helped to boost the pound a little. But whoever succeeds Johnson will only be able to mitigate the effects of the spike in food and energy prices to a limited extent”, Mohammad said.

According to Mohammad, whoever replaces Johnson will have to make important fiscal and spending choices that may lessen the likelihood of a recession but potentially may raise the risk of inflation.

Mohammad said that Rishi Sunak had disagreed over policy with Johnson, who had long pushed for more tax cuts. Sunak’s short-term priority before he resigned was to ease the burden of Britain’s debt, which jumped above two trillion pounds during the coronavirus pandemic.

Priti Patel and Liz Truss, who served as Johnson’s interior and foreign ministries, are expected to argue for immediate tax cuts and more expenditure, while Sunak and the former health minister Sajid Javid are believed to be more fiscally conservative, according to analysts at US bank Citi. They will make decisions with significant long-term repercussions.

According to Britain’s budget watchdog, if future administrations do not tighten fiscal policies, debt may more than quadruple to over 320% of GDP in 50 years.

Fiscal support
According to a CNBC report, Modupe Adegbembo, G-7 economist at AXA Investment Management, said a key question is whether Johnson uses his ‘caretaker’ period as prime minister — should he be granted one — to push through short-term fiscal policies.

Adegbembo said, when a new Prime Minister is appointed, we see an increased likelihood of additional fiscal spending and/or tax cuts.

The potential to accelerate income tax cuts penciled in for 2024 may be floated by some candidates, although remains challenging in the light of public finance developments.

Her comments were echoed by strategists at UBS, who said a change in leadership makes further fiscal support more likely as a new prime minister will “want to prove themselves.”

“Any additional support for the UK economy would come at an opportune moment: The GDP growth estimate for March was –0.1% compared to February, and for April it was –0.3% versus March,” UBS CIO Mark Haefele’s team said.

“Another increase to the energy price cap means there is further pressure ahead, but while our base case is that the UK will narrowly escape recession, it is important to remember that the FTSE 100 generates just 25% of its revenues inside the UK, the team added.

Bank of England
The central bank of the United Kingdom has increased interest rates five times since December, the steepest run of increases in 25 years, and it has indicated it would continue to do so at its next meeting in August, possibly by as much as half a percentage point.

However, recent reductions in investor betting on that kind of significant shift by the BoE are due to the prospect of a worldwide economic slowdown. Another reason to exercise caution could be the ambiguity around the course of Britain’s fiscal policy.

More chaos?
While Johnson’s departure marks the end of another chapter in one of the most turbulent periods in modern British political history, it is unclear whether his successor will be able to bring order to the situation.

Kallum Pickering, an analyst at Berenberg said Britain’s economy would benefit if Johnson was replaced by “a more diligent and serious individual”. But the Citi analysts said they were skeptical that the different factions within the Conservative Party would unify around a clear strategy.

“In the months ahead, we see a UK heading into a once-in-a-generation squeeze in living standards, absent a defined strategy, and facing deep governmental division. The risk of profound policy error is therefore significant,” they said. “An early election should also not be discounted, though we still expect a contest only in 2024”, they added. 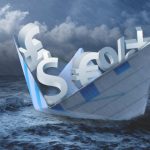 How global inflation will affect people 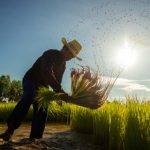