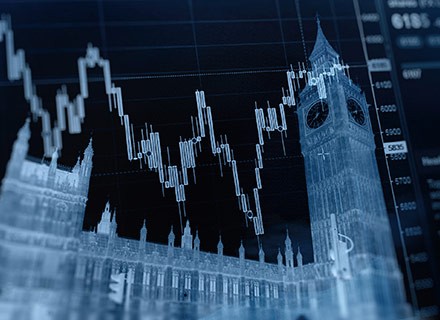 Even as UK inches closer to Brexit, the country's fintech industry appears to be unhinged as it continues to attract talent, opportunities and funds

Fintech has been the buzzword in the UK for the past few years, with London being heralded as the hub for financial technology. The UK has done some exciting work in the field of fintech, even becoming one of the first nations to float the concept of a regulatory sandbox for companies to test their concepts in controlled environments.

Then came along the big shocker – Brexit. The economic impact of Brexit was speculated far and wide. Even now, British politicians are panning out how this can affect the economy but its hard to tell how this will affect UK’s financial services industry. The impact of Brexit on UK’s economy cannot be overlooked – net migration of EU citizens into Britain halved in the 12 months to September last and investors are worried that the UK has lost its sheen as a professional destination. Data from Google has suggested that young professionals are not as enamoured to look for jobs in the UK as compared to the late 2000s, even during global recession. Bank of England governor Mark Carney has said Brexit explains the weak growth in investment in Britain.

However, a report in PwC has stated that the impact of Brexit on early stage fintech startups is minimal. Shortly after UK’s decision to leave the EU, there was a lot of buzz about European cities like Berlin and Paris becoming the next fintech hub in Europe. But the PwC report finds that despite Brexit, the country’s fintech scenario is looking up. Some examples include the London FinTech “bridges” forged with China, South Korea, Singapore, India and Australia. Japanese firm Softbank, meanwhile, has said the headquarters for its £80bn technology investment fund will be located in London, which is an encouraging sign for investment.

Meanwhile, the focus on the fintech industry has begun to shift even outside of central London. UK’s greater Birmingham is now the largest cluster of any UK city outside the capital. This increase is being driven by firms such as HSBC, KPMG, PwC and Deutsche Bank expanding their presence locally. Smaller digital and cyber security companies are capitalising from this emerging global BPFS hub as companies look to local experts to help deal with new technology challenges and cybersecurity threats.

There has been a 20% increase in the number of companies since 2010, with the total number of fintech companies now standing at over 2,145. Birmingham is home to 13,135 BPFS firms, more than any other UK city outside London, with the sector generating £13.2 billion per year.

PwC’s latest survey economic crime and fraud revealed cybercrime to be the most prevalent type of fraud experienced by organisations, affecting half of respondents. 42% of businesses expect this to continue to be the most serious, in terms of business impact, in the coming two years.

Nicola Hewitt, Commercial Director at the West Midlands Growth Company, said: “Greater Birmingham is very well-placed to respond to the technological challenges that are emerging every day, with incredibly talented employees specialising in cybersecurity being hired by local firms. Greater Birmingham has the largest number of tech start-up incubators and accelerator hubs outside London. This, combined with the largest regional BPFS and technology sectors, has created the ideal environment for new and established fintech businesses”.

Specialist insurer Beazley is expanding its presence in Birmingham as part of its drive to grow its UK regional insurance market activities. The company’s Birmingham-based underwriters will be among the first employees to occupy new, state of the art offices that will also house Beazley’s out-of-London operational support centre for its UK and European business.

Ian Fantozzi, Chief Operating Officer at Beazley, said: “Birmingham’s position as financial services hub and its rich talent pool made it the obvious choice for Beazley to build an operational base outside London.”

Smaller firms in Greater Birmingham are also looking to meet the demand from global businesses for expertise in financial services technology. This has resulted in a burst of new technology businesses such as Falanx, a tech SME specialising in cyber defence and intelligence services. The firm relocated to Birmingham from Reading as it was attracted by the recent regeneration and investment pouring into the region.

Jay Abbott, Executive Director of Falanx, said: “With oversaturated tech hubs in the south of the UK, Birmingham has opened a lot of doors that would not have ordinarily opened for us. The access to talent that the city offers has allowed us to cultivate our cyber security services and focus on innovating technology in a fast-moving, cutting edge space.”

The region’s world-class universities provide the perfect platform for budding tech entrepreneurs to grow, with Birmingham City University specialising in areas such as data mining, cloud networks and the Internet of Things. Greater Birmingham’s expertise in this field is ensuring that the talent developed at these universities is being retained by Birmingham’s businesses.

Tim Kay, Director and Digital Lead at KPMG moved from the firm’s London office and has seen first-hand how Birmingham’s booming tech sector has transformed the region: “With tech, you can’t be subscale. You need to be big enough to compete with cities like Barcelona and Berlin, and Greater Birmingham is well placed to do that. One of the reasons KPMG has done so well in the region is due to business demand. An unparalleled number of BPFS firms are increasingly turning to us to advise them on everything from data analytics to GDPR regulations.”

The UK’s tech talent is increasingly looking to locate to the region – attracted not only by the city’s career opportunities, but by the high quality of life that Greater Birmingham offers. The average salary in the West Midlands grew at the fastest rate of any region last year, including London, with this competitive salary offerings inciting businesses and individuals alike to flock to the region.

Recently, UK’s Cass Business School signed a deal with Chinese based accelerator BGTA and Chengdu Financial Group to establish a fintech trianing centre and develop a fintech summit. Cass Business School, as part of this deal, will help with the research and development of a fintech centre to educate professionals. Dimitrios Fountas, Business Development Director at Sir John Cass Business School, added: “Cass, with its long tradition of delivering expert-led financial education, and network of key technology partners, have supported the growth of London’s fintech ecosystem in many ways. Through our partnership with the Chengdu Financial Holding Group and BGTA, we are keen to support Chengdu in realising its vision of becoming a global fintech hub and stand ready to respond to a steady demand for training courses going forward.”

These developments point to how even a major political shake up like Brexit has kept the UK’s fintech sector relatively safe. UK leads the way in financial innovation, and appears to want to maintain that caveat for years to come. 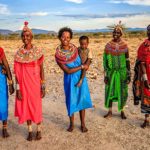 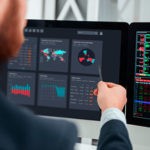