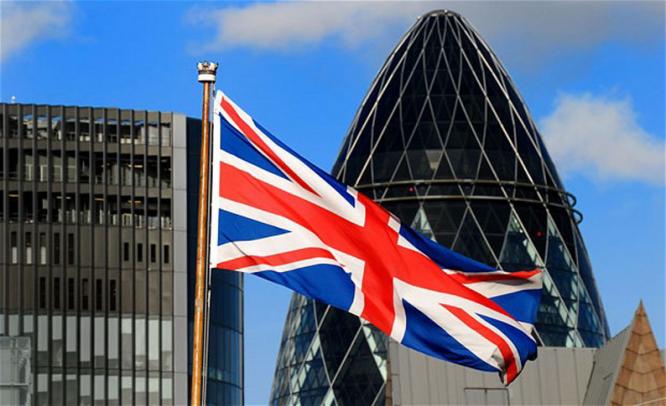 But some surveys point to orders expanding in manufacturing, construction and services leading to fresh recruitment, reports Team IFM London, July 18, 2104: Britain is set for a slower growth trajectory in the second half of the year, according to a widely-followed index gauging perceptions on future economic conditions, even as a slew of surveys showed jobs swelling across sectors on the eve of the...

But some surveys point to orders expanding in manufacturing, construction and services leading to fresh recruitment, reports Team IFM

London, July 18, 2104: Britain is set for a slower growth trajectory in the second half of the year, according to a widely-followed index gauging perceptions on future economic conditions, even as a slew of surveys showed jobs swelling across sectors on the eve of the third quarter, pointing to happy days ahead.

The slowdown assessment was made by The Conference Board, a New York-headquartered independent research group, which based its conclusion on the latest reading of its Leading Economic Index, which tracks economic cycles in 12 countries, including the US, Japan and China apart from the UK.

“The six-month growth rate of the Leading Economic Index for the UK has decelerated in each of the last five months, pointing to slower growth performance for the second half of 2014 compared to the first,” said Bert Colijn, senior economist at The Conference Board, in a statement.

As per The Board’s latest data, the economic index came in at 111.0 in May, having risen 0.5 percent month-on-month, and identical to that witnessed in April.

Six among the seven sub-indices contributed positively to the rise in the overall index, the data for them being culled from diverse sources such as the Bank of England, Confederation of British Industry, the Office for National Statistics (ONS), the FTSE group and even the European Commission.

“Order book volume has been declining over recent months, and stock market performance and productivity growth continue to disappoint,” Colijn said. “The slowing growth outlook is partially exacerbated by concerns about the short-term weakness in growth in emerging markets and the Euro Area.”

Alongside, the Conference Board Coincident Economic Index, which measures the current economic activity, came in at 106.9 and was unchanged month-on-month in May. This follows the 0.3 percent increase in April and March.

The Conference Board data comes close on the heels of two sets of data released earlier this month by ONS on Britain’s manufacturing and trade performance in May.

According to ONS, while manufacturing output tumbled unexpectedly by as much as 1.3 percent after expanding at a steady clip for some time, Britain at the same time – and equally unexpectedly – turned into a net importer during the month.

“And with exporters still facing a number of headwinds, we expect export growth to remain sluggish for a while yet,” Hollingsworth told The Guardian newspaper.

Despite these grim warnings provided by various sets of data and analysts such as Colijn and Hollingsworth, several surveys anchored by economy tracker Markit pointed to brisk recruitment in June across sectors, including the white collar service industry, reflecting rising business confidence.

“Overall in June, the UK services sector, alongside strong performances from manufacturing and construction, has cemented expectations that the economic recovery can power ahead into the second half of the year,” said David Noble, group Chief Executive Officer at the Chartered Institute of Purchasing and Supply (CIPS) which commissioned the survey on the service industry.

According to the Markit-CIPS survey of the UK’s manufacturing sector for June, the level of incoming new business rose at the fastest pace since November 2013 and to “one of the greatest extents” since the survey began in 1992.

“The domestic market remained the prime source of new contract wins,” the survey report said, indicating the rising confidence within the country. It however also said new export business had similarly strengthened in the period under review. “The level of incoming new business rose at the fastest pace since November 2013.”

In a domino effect, manufacturing employment rose for the 14th successive month in June, as improved inflows of new business and increased production encouraged firms to expand capacity.

What was significant was that the steepest rate of job creation was registered by SMEs – small and medium enterprises that form the backbone of any economy – although large-scale producers also reported a solid increase to payroll numbers.

“Solid job creation across these sectors and at both SMEs and large producers bodes well not just for manufacturing but for sustaining the broader economic upturn as well,” said Markit economist Rob Dobson.

Similarly, June data from a second Markit-CIPS survey of Britain’s manufacturing industry signalled a strong rebound in growth momentum across the sector, driven by faster expansions of housing and commercial building activity – an indicator of a robust economy.

Volumes of new work received by UK construction companies increased sharply in June and at the fastest pace since January, the survey said.

“Stronger demand for new construction projects in turn led to a rapid increase in staffing levels, with the rate of job creation accelerating to its sharpest since the survey began over 17 years ago, which represents a remarkable yardstick of progress,” said Tim Moore, another Markit economist tracking the construction sector.

A third survey by Markit and CIPS, this time of Britain’s service providers involving white-collar jobs, signalled a survey record increase in payroll numbers during June as new business rose at the fastest pace in six months and capacity remained under pressure with backlogs rising at an accelerated rate.

Companies raised activity to deal with higher workloads and retained a “high degree of positive sentiment regarding future activity” with over 50 percent of the survey panel forecasting growth in the coming 12 months, the report said.

Higher backlogs in part reflected staff shortages, according to panellists. “This was despite a survey record increase in staffing levels. June’s survey data indicated an unprecedented rise in employment, with over 27 percent of the survey panel recording an increase in staff numbers since May,” it added.

Payroll numbers have now been rising for 18 months in a row, with growth in part underpinned by positive projections for activity.

Despite easing to the lowest since last November, business confidence remained high amid forecasts of sustained demand improvements and hoped for returns on capital investment. Moreover, a by-product of the tightening service sector labour market was reports of increased wages, which added to operating costs.

“A jobless rate below 6 percent is achievable by the end of the year if anything like the current pace of job creation is sustained in the coming months,” said Chris Williamson, Markit’s chief economist.

“Unemployment should continue to plummet in the second quarter from the 6.6 percent rate seen in the first,” Williamson added. 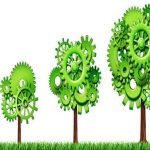 For JTB, it is all about SMEs 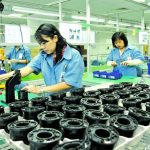