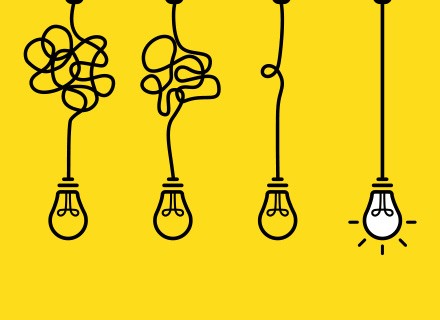 In order to increase the chances of accurately identifying customers’ concerns and aspirations, one must diversify how and where to look for

Entrepreneurship’s basic principle is innovation, which is all about discovering and fulfilling people’s unmet needs. The customers want services and products that can resolve their issues more effectively, swiftly, or cheaply than existing options.

However, even the ones who are known for scanning abilities, such as inventors and organisations, frequently struggle to sense and appropriately interpret those demands.

For example, let’s consider Amazon. It turned a blind eye to the demands of its merchants, in its effort to be “customer-obsessed”. The merchants were pressured on prices, pushed to compete against other sellers and their own knockoffs, had limited control over how their virtual stores looked, and had limited payment choices available to them.

Shopify intervened with a suite of user-friendly, cost-effective tools that enabled retailers to create their own online stores and maintain control over the client relationship. By addressing demands that Amazon had overlooked, it achieved USD 4.6 billion in net sales and a market worth of USD 171 billion in 2021. Amazon seemed to accept its mistake, by acquiring Selz, an Australian start-up that created tools to aid companies in opening online storefronts.

Teachers, researchers, and consultants would have examined dozens of entrepreneurs, innovators, and organizations to learn how they went about identifying unfulfilled needs.

In order to increase the chances of accurately identifying customers’ concerns and aspirations, one must diversify how and where to look for.

This article presents a four-part framework that can assist you in accurately identifying customers’ concerns. We will take you through how each of its elements has been used by successful entrepreneurs and how digital technologies could replace more traditional search methods.

Searching for unmet needs involves two main approaches: improving your vision of mainstream users and challenging your vision by looking at unconventional users.

You can adopt a focused approach within each or a broader approach. You can use the “microscope strategy” to focus on certain mainstream users and their typical experiences or drawback to look for trends in their collective activity (the panorama strategy). Similar to the telescope method, you can look closely at users who are not part of your core or try to get a bigger picture of the patterns that they display together (the kaleidoscope strategy).

The microscope strategy
One can easily identify demands that aren’t brought to light by focus groups, interviews, or surveys by focusing on the real-world experiences of mainstream consumers. Many independent innovators start out in this manner. Frequently, a personal experience makes individuals aware of an unresolved problem that he/she is bound to confront.

Let us take the example of teenager Javier Larragoiti, who noticed that his diabetic father was constantly cheating on his diet because he despised the taste of sugar substitutes.

Javier, being a graduate student in biochemical engineering, developed a cost-effective means of producing xylitol, which has a similar taste to sugar but does not have the same impact on blood-sugar levels.

This has been used in many products including chewing gums over a long period, but due to the original production process, it was way too expensive to be used for everyday purposes as a standalone sweetener.

Javier realised that with the use of agricultural waste from Mexico’s cornfields it could be made for a cheaper price. At the same time, it also has the advantage of lessening harmful emissions that comes from the burning of waste.

Some firms have drawn on concepts such as human-centered design and user experience to gather insights from the field. Others have turned to anthropologists, be it in-house experts or external consultants. The best example is Lego, whose first-hand observations of children’s play famously helped lift the company out of bankruptcy to become the world’s biggest toy maker when it comes to sales.

Close observation can be immensely valuable in the tech industry. Intel’s in-house anthropologists have spent days on end visiting gamers at home to better understand their needs, frustrations, passions, and wants, all to support the development of chips that can support those requirements and wants.

During an interaction with the Atlantic, Intel anthropologist Ken Anderson said, “Technology companies as a whole are in danger of being more disconnected from their customers than other companies are.”

He pointed out that just because engineers fall in love with tech for their own benefit they think that users will too. But that’s not the case.

It’s no surprise that Microsoft is considered to be the second-largest employer of anthropologists in the world, after the US government.

Organizations may now collect data inconspicuously and in real-time to a much higher extent than ever before thanks to the widespread use of smartphones, IoT sensors, wearable technology, and smart home appliances.

In contrast to surveys and other traditional evaluation mechanisms, digital technologies may measure actual behavioural changes in real-time, avoiding self-reporting and retrospective biases. Health-related fields—and not just for people—can benefit significantly from the improved accuracy and depth of the data obtained.

In 2016 Mars Petcare, a division of the confectionary company, acquired a start-up that manufactures a smart collar Whistle Labs. The main function of this device is to help owners track the activity and health of their pets. It also helps them to track down the pets if they get lost.

The sales of the collars aren’t the actual revenue for Mars, but the real value is that the app collects anonymized data. This not only helps Mars to get in direct contact with the owners of the pet but also gives a channel for recognising their unfulfilled needs.

By analysing the data, new details about the breed, age, and size differences in the exercise needs of dogs are revealed. As a result, it’s driving innovations in premium-quality pet food. It also gives insights into the behavior of the pet, like increased scratching or licking and disrupted sleep, which might be a sign of illness.

The panorama strategy
In addition to focusing on specific mainstream consumers, aggregated data, such as errors, complaints, and accidents that amplify weak signals, can be used to determine the unmet demands of these users.

In 1989 Keith Alexander, a mechanical engineering professor in New Zealand, wanted to purchase a trampoline for his daughter. But his wife shot down the idea as she felt trampolines were unsafe. He wants to convince her but later realised that his better half was indeed right. The injuries sustained from trampolines were on the rise, Research showed.

Alexander did his research and discovered that the majority of the instances labelled as random accidents were actually caused by two aspects of the product: the metal springs and frame and the lack of a fall-prevention cage. In response, he created a springless, mesh-enclosed backyard trampoline, transforming a small niche market into a dynamic global one.

It is much easier to observe the behaviour of large numbers of individuals thanks to digital tools. Data can be gathered from numerous sources and examined for trends.

People with long-term illnesses like diabetes and heart disease, for instance, can receive digital health programmes from smartphones, and the devices’ sensors can feed databases that provide general rates of adherence.

The Telescope Strategy
One might risk missing out-of-the-box changes if you continue to connect with and observe the same people, in the same atmosphere, and with the same tools. One might need to research extreme users, nonusers, or fringe users in order to challenge your preconceived notions. Demands from extreme cases are frequently dismissed as noise. But by focusing on users at the edge, you could find problems that affect the majority as well.

Live music events organizer Chris Sheldrick pointed out that musicians and their teams faced a unique problem. Concerts are frequently staged in secluded open-field places without a fixed address. Sixteen-digit GPS coordinates proved insufficient as well, but not because they were inaccurate; rather, it was because they were vulnerable to human errors and were mistyped, misheard, or misread.

Sheldrick recognised the need for a simpler manner to discuss location rather than brushing off the problem as an unavoidable risk of the business. He created an app that can recognise every three-meter square on the earth using three-word combinations. Organizations like Domino’s Pizza, Airbnb, Lonely Planet, and UK emergency and car-breakdown services have all used What3words as a useful GPS substitute.

One can innovate by concentrating on people who have trouble with conventional offerings due to a personal difficulty; the answer you come up with for them might find wider reach. For those who have trouble seeing, audiobooks were developed, and the electric toothbrush was designed for those with weak motor abilities. After speaking with arthritis sufferers, home goods entrepreneur Sam Farber created the OXO Good Grips line of kitchen utensils. As with audiobooks and electric toothbrushes, it turns out that thick rubbery handles work better for everyone, and the devices swiftly transcended beyond their initial niche to become commonplace goods used by millions of people.

People who are outliers, severe users, challenging users, or misusers have traditionally proven difficult to approach. Today, however, specialist groups frequently come together on social media platforms like Reddit, Facebook, Quora, and LinkedIn, making it much simpler to observe, interact with, and learn from them.

The kaleidoscope strategy
One might examine distant players collectively to question one’s existing viewpoint and look for patterns that indicate unmet demands. Consider this to be similar to noticing patterns in a kaleidoscope. The challenge is to go beyond the typical suspects, such as suppliers, distributors, and competitors, especially for entrepreneurs working within an established organization.

The strategic emphasis and mindset of one’s organization may sometimes prevent one from seeing some constituencies. Consider Volvo, it built its reputation on making safer cars for many years and introduced numerous innovations that later became industry norms. But a decade ago, it began to pay attention to a completely different group of players: cyclists.

Massive amounts of data may be quickly sorted through and patterns found using social listening technologies, unstructured data-scraping algorithms, and semantic AI. User-generated material, or UGC, usually captures insights at the “moment of experience,” as opposed to focus groups and surveys, which shed light on consumers’ emotional states in addition to certain malfunctions, challenges, or missing features in the product or service at hand.

Round-up
One should use each of the techniques that have been outlined in order to maximize your capacity to identify unmet requirements. Although there is no predetermined place to start, most businesses find that expanding their understanding of mainstream users (using the microscope and panorama approaches) is simpler and more natural than expanding their understanding of the world (using the telescope and kaleidoscope approaches), as the latter requires calculated effort to look beyond established customers and markets. 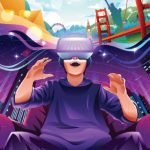 Are we in metaverse yet? 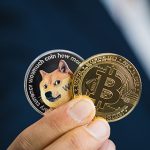