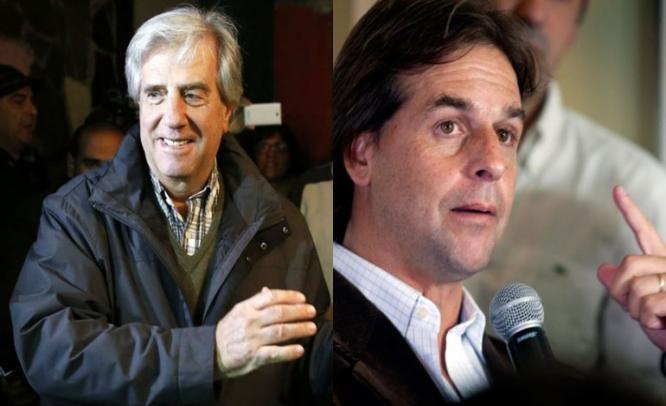 abare Vazquez of the leftish Broad Front and Lacalle Pou from the conservative National Party won the first round Kamilia Lahrichi Oct 27,2014: The two contenders who won Uruguay’s first round of the presidential election on October 26 will not bring about any radical economic change for this small country wedged between two regional heavyweights – Argentina and Brazil. This nation of 3.4 million people earned...

Oct 27,2014: The two contenders who won Uruguay’s first round of the presidential election on October 26 will not bring about any radical economic change for this small country wedged between two regional heavyweights – Argentina and Brazil.

This nation of 3.4 million people earned the sobriquet “Switzerland of South America” because of its democratic tradition and strong economic growth, a model for its unstable neighbours.

Leandro Zipitría, an Economic Consultant and Professor at the University of Montevideo in Uruguay, explained that Tabare Vazquez, the leftish Broad Front contestant and Lacalle Pou, from the conservative National Party, do not have economic programs notably different than President Jose “Pepe” Mujica’s.

Mr. Vazquez led the country from 2005 to 2010. He expanded the welfare system to reform the education system and improve working conditions.

Mr. Pou is the son of former president Luis Lacalle. Under the banner “New Hope”, he has reached out mainly to the Uruguayan youth with a focus on education, culture and agriculture.

Following the footsteps of “the most humble” leader

He will be remembered as “the poorest” and “the most humble” president due to his austere lifestyle. “Pepe” shunned the lavish presidential mansion and lives in a modest farmhouse on the outskirts of the capital Montevideo with his wife and his three-legged dog.

He gained international renown as he gives away 90% of his salary to charity. He also drives a 25-year-old Volkswagen Beetle.

This 79-year old ex-guerilla was tortured and isolated during 14 years in jail. He was freed in 1985 when Uruguay returned to democracy after more than a decade of dictatorship.

Notwithstanding that the economy has grown significantly during his mandate, the truculent head of state has lambasted rampant consumerism in international summits.

At the United Nations General Assembly in New York in 2013, he said: “it seems that we have been born only to consume, and to consume”.

At the Rio+20 conference in 2012, he asked: “what would happen to this planet if Indians would have the same proportion of cars per household as Germans? How much oxygen would we have left?”

Standing out in Latin America

Despite slowing growth in neighboring countries, affluent Uruguay grew on average by 6.2% from 2004 to 2011, compared to a global average of 2.9% and a Latin American average of 4.5%.

“Uruguay has become a small diamond in a rocky landscape,” noted Claudio Loser, visiting senior fellow at the Inter-American Dialogue, a centre for policy analysis in Washington D.C.

While the Argentine and Brazilian economies are highly protectionist, Uruguay is a   “mostly free” marketplace, according to the 2014 Index of Economic Freedom. It assesses the level of economic freedom based on the rule of law, regulatory efficiency, state intervention and open markets.

The Index indicates that Argentina is “repressed” since 2000 – the lowest level of economic freedom. Brazil became “moderately free” for the first time in 2014.

Hence, “Uruguay appears to be the logistical and financial centre of Mercosur,” said Nestor Pablo Aleksink, Executive Director of the Program Argentina Export, an organisation promoting exports, during a press conference in Buenos Aires on October 21.

The Common Market of the South (Mercado Comun del Sur in Spanish) is a free trade bloc and customs union including Brazil, Argentina, Uruguay, Paraguay and Venezuela. It has a combined GDP of about US$3 trillion.

Uruguayan government officials argue that the country could become a regional door to Asia as China is its biggest export market.

A March 2012 report titled “Uruguay: Economy and Institutions, the Key to Success” released by the Ministry of Economy and Finance points out that the country has the only deep harbours of South America. They operate under a free port regime.

Thanks to its 45 kilometres of paved roads per 1,000 square kilometre, Uruguay has also the most dense highway network in the region.

Although Uruguay’s economy expanded by only 3.9% in 2012, Mr. Zipitría pointed out to three factors that boosted economic growth in the past decade.

“First, Uruguay has seen an important increase in the price of commodities it exports,” he noted. Exports of soybeans, meat, rice, sulfate chemical wood pulp and wheat more than tripled in the last decade.

In addition, investment increased fivefold in the last 10 years mainly due to massive foreign investment in paper pulp.

“Thirdly, the government has had a pragmatic approach to economics, propelling some important reforms like a new bankruptcy law, a new tax law [and] a non-discretionary tax reduction decree to foster investment,” he concluded.

Uruguay offers a positive investment environment as the tax system is neutral with respect to foreign investors. Also, there are no limits for foreign capital in companies. A 2007 decree incentivises local and foreign investors with income tax cuts for businesses.

A May 2014 Moody’s Investors Service’s Global Credit Research notes “moderate credit risks, and the country’s reduced vulnerabilities to regional and commodity shocks”. The rating agency forecasts a “steady increase in the investment ratio and productivity gains.”

Yet, a high inflation rate remains a challenge for policy-makers. It stands at 9.1% – well above the central bank’s target of 5% plus to minus 2%.

Slamming the door of Mercosur?

The saying goes: when Brazil or Argentina sneezes, Uruguay catches a cold.

In 2001-2002, Uruguay followed Argentina into crisis because it was commercially tied to the fortune of its ailing neighbour. Uruguay was hit hard: poverty reached 40% and the unemployment rate 20%.

This was caused, in part, by the boom-bust cycle of Argentina’s massive 2001 default, which significantly affected trade flows with its neighbour. The county ran out of cash and faced difficulties in production capacity.

Unlike Argentine, Uruguay handled its recovery efficiently. It achieved macroeconomic stability while tackling its population’s social needs. In fact, it was able to access international credit markets quickly and secured US$1.5 billion from the United States Treasury in 2002.

Uruguay, which today depends less on trade with Argentina, has a robust economy with a well-regulated banking system. It thereby lives up to its reputation as “el país corajudo” (the plucky country in Spanish). Exports to Argentina have fallen from 25% to 4% in a decade.

Uruguay does not rely exclusively on Brazil either so that if the South American giant reduces its demand, Uruguay can strategically reorient its market, explained Minister of Commerce Mario Bergara in September 2014. Uruguay now exports commodities to 140 countries, such as the Netherlands, China and Russia.

In addition to keeping itself safe from unstable neighbors, Uruguay has diversified its goods exports with new segments, namely paper pulp and soybeans.

Notwithstanding that the regional free trade zone has sought to boost commerce, discord among member states has stymied economic progress.

“The politics that Argentina is applying today does not favour the process of [regional] integration,” said Mr. Aleksink, in reference to heavy-handed policies to protect the local economy.

Besides, the union of leftist governments in Mercosur appears more ideological than practical.

“Although Uruguay has managed to attract foreign investment, there are some tensions within [the Broad Front] in the government that tends to evaluate international interests in ideological terms, and less in pragmatic terms,” explained Mr. Zipitría.

The political coalition deems trading with foreign countries a “heresy towards Mercosur.”

“If the political direction changes in any of these countries [Argentina, Brazil and Venezuela], maybe the winds could change in Uruguay too,” he added before the presidential election in Brazil on October 26.

Thanks to advanced education and social security systems as well as the legalisation of abortion and gay marriage, Uruguay has pioneered a unique social model in the region.

It was coined “The Netherlands of Latin America” too because of its progressive social laws: Uruguay is the first country on the planet to legalise the production, selling and consumption of marijuana, as part of a groundbreaking experiment.

President Mujica declared that drugs are an “economic power”: drug trafficking exists because there is demand.

Besides, along with its Argentine neighbour, Uruguay has achieved gender development parity. In contrast to most Latin American countries, the nation has one of the lowest perceived levels of corruption in the world. 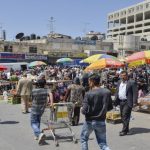 West Bank’s boycott of Israeli products does not last long 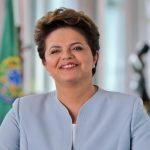