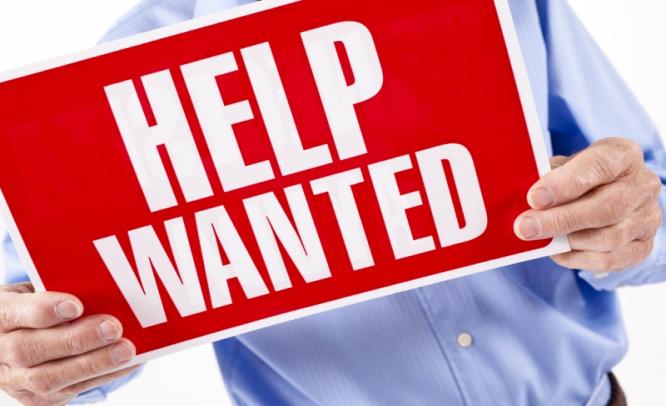 Conference Board says trend continues in May as American economy gathers momentum, reports Team IFM New York, June 13: American employers are gaining confidence, going by the number of advertisements for job openings they have issued in April, an official statement said on Tuesday, while the recruitment index of an independent survey showed the trend is likely to continue as per its latest data from...

New York, June 13: American employers are gaining confidence, going by the number of advertisements for job openings they have issued in April, an official statement said on Tuesday, while the recruitment index of an independent survey showed the trend is likely to continue as per its latest data from May.

According to the US Bureau of Labour Statistics in the Labour Department, firms advertised job openings for 289,000 slots in April, taking the number of available jobs in the month to 4.5 million, marking the highest number of vacancies since September 2007.

Compared to this, there were 4.2 million jobs waiting to be filled in the preceding month, the data showed.

For instance, according to the Labor Department data, while 4.7 million people were recruited in April, this was almost unchanged from that of March, indicating no growth in employment.

However, new listings indicate the state of the economy and the numbers are one of the barometers tracked by economists.

“Job openings are a measure of the demand for labour, so in general, you like to see a rising trend,” Ryan Wang, an economist at HSBC Securities USA Inc, told Bloomberg. “There’s been improvement in the labour turnover figures and business surveys also suggest that conditions are gradually improving.”

Jeremy Schwartz, an analyst at Credit Suisse, concurred with Wang. “Today’s report appears to confirm that the US labour market has indeed shifted to a period of stronger growth,” Schwartz said in a note to clients.

The Labor Department data was in line with the findings of a recent survey by the Institute for Supply Management (ISM) on the US manufacturing sector in April.

The survey, which showed US manufacturing activity had expanded at a quicker clip than expected in the month under review, said that as a result, employment had expanded for the 10th consecutive month in April, registering 54.7 percent, an increase of 3.6 percentage points over March’s reading of 51.1 percent.

At the same time, the unemployment rate remained at a five-year low of 6.3 percent, the Labour Department said on its website.

Alongside the government data, a report by New York-based think-tank The Conference Board said 217,000 vacancies had been filled last month, confirming that the April job sector trend indicated by the Labour Department continued in May.

“Jobs are available,” Millan Mulraine, deputy chief economist at TD Securities in New York, told Reuters. “The economy is creating jobs at a fairly robust pace and there is every indication that will be sustained,” Mulraine was quoted as saying.

In a nod to Mulraine’s assertion, official data showed that with job openings increasing, there were 2.19 people for every available job in April in the US, the lowest since June 2008. Companies have been slow to fill openings since the recession ended, so the increase in postings won’t automatically lead to more jobs.

The Bureau of Labor Statistics said of the 4.5 million job openings in April, the bulk was accounted for by the nonfarm and private sectors, while the scenario was little changed for the government. The number of openings increased in retail trade and the arts, entertainment and recreation sectors.

According to the bureau data, there were 4.7 million hires in April, little changed from March, with the recruitments level increasing in mining and logging and in retail trade.

Additionally, it showed the hires rate (at 3.4 percent of requirements) and separations rate (at 3.3 percent of total employees) were unchanged in April. However, as hiring was higher than separation, this reflected retention – and an economy on the recovery path.

The number of separations, which include quits, layoffs and discharges and other separations, is referred to as turnover. Quits are generally voluntary separations initiated by the employee, and can serve as a measure of workers’ willingness or ability to leave jobs, once again reflecting the health of an economy.

Cooper Howes, an economist at Barclays in New York, said the number of openings was ‘almost exactly in line” with the average from 2000 to 2006. “This suggests that there is little slack remaining in labour markets and that wage growth will be stronger,” Howes told Reuters.

Meanwhile, in a pointer to the continuing expansion in the labour market, The Conference Board Employment Trends Index or ETI increased in May, compared to a year-ago period.

“The Employment Trends Index continues to signal solid job growth with an improvement in each of its eight components in the first five months of 2014,” said Gad Levanon, Director of Macroeconomic Research at The Conference Board.

“The need for employers to rapidly expand their payroll in light of strengthening economic activity is a major factor in the rapid decline in the unemployment rate,” Levanon said.

May’s increase in the ETI was driven by “positive contributions” from seven of its eight components, these being industrial production; initial claims for unemployment insurance; real manufacturing and trade sales; ratio of involuntarily part-time to all part-time workers; number of temporary employees; job openings, and percentage of respondents who say they find “jobs hard to get.”

Chris Rupkey, chief financial economist at Bank of Tokyo-Mitsubishi UFJ in New York, sums up the situation, saying he saw rosier days ahead.

“The list of indicators showing the economy is back continues to get longer every day,” Reuters quoted Rupkey as saying. “It’s getting harder and harder to point to slack in economic conditions.” 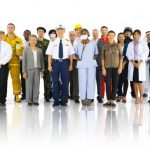 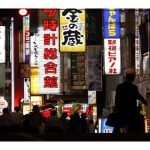