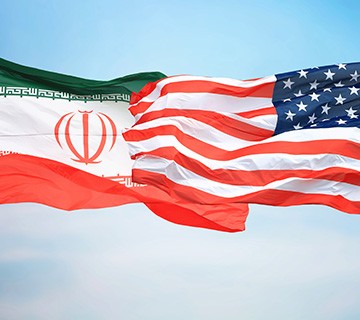 Businesses trading with both economies are witnessing an inevitable struggle against the backdrop of the President’s re-imposed trade sanctions. What next?

Trading on a global scale has become increasingly complex for businesses, not least when trade sanctions have been imposed by world super powers such as the US. The President’s decision to re-impose trade sanctions on the Iranian state proves a real hurdle for global businesses with vested interests in both countries. Trump has stated openly that trading with Iran jeopardises opportunities to also deal with the US, and this is understandably making the corporate world nervous.

For businesses trading with both economies, this can prove to be costly and logistically challenging. So, what can the corporate world do to negotiate and overcome such hurdles? Do they heed the US warnings or continue to trade despite the apparent risks?

Ultimately, the Trump administration’s maximum pressure campaign against Iran is aimed at its banking, energy and shipping sectors, and default, the companies around the world operating in these sectors. For global businesses, this means one of two things: consider the advantages of less people investing in the Iranian state, or conversely, consider the disadvantages if businesses are blocked from trading with the US.

Many businesses that have a greater interest in keeping the US on side are also faced with the fear of breaking the EU law by accepting the US sanctions. And whilst the EU-based investors or companies are not necessarily obligated to follow the US demands, there is fear amongst professionals that a second wave of embargos could be on the horizon for those not complying, further impacting trading opportunity with the US. In short, businesses with a vested interest in both countries are caught between a rock and a hard place. This means, follow the EU law and risk losing out on major US deals, or acknowledges the sanctions and risk breaking the EU law.

So, is there a way for businesses to negotiate these choppy waters? First and foremost, it’s worth considering what a successful negotiation looks like: a win-win for both parties. In this case, however, this outcome seems unlikely, especially given Trump’s aggressive rhetoric, with him appearing to take an extremely autocratic stance to the sanctions.

For those businesses weighing up these risks and trying to work out Trump’s next move, it is worth considering his previous approach to negotiation ever since he has taken his office. In many cases he applies the so-called ‘mad-man’ tactics, so beloved of Nixon; imposing aggressive and headline-grabbing demands. In many cases these aren’t followed through with, but rather they are used to emphasise his initial stance, before settling on a lesser, but related demand.

The type of trading relationship that individual businesses have with the US is also important. The question is: Are they essential suppliers (for example, providing crucial infrastructure services) or non-essential suppliers (for example, supplying readily available goods or services)? With this it is  clear that businesses holding essential trading relationships with the US will be in a much stronger position than those without. Their US counterparts will have a vested interest in keeping the trading arrangement alive, regardless of the supplier’s relationship with Iran, or other vetoed countries. This approach can be used to mitigate risk for those planning to continue trading with both countries.

There is also precedence for the US to compromise in this way, not least when the President granted concessions with eight countries allowing them to continue dealing with Iran over the supply of Iranian oil. Finally, for those businesses continuing to trade with Iran, the perceived risk of losing their US relationships, in some cases, could be used to strengthen their hand and improve existing deals. Consider this: there are few stronger signs of commitment to a trading relationship than taking significant risk in other areas of a business.

If you simply cannot justify the risk of losing trade with the US, it is important to remember that obeying American sanctions in itself is illegal under the EU rules. So, firms opting to bow to the US must focus on the rationale for ceasing trade. Examples of this can be derived from British Airways and Air France. Both companies have ceased flying to Tehran. The position they’ve taken “issues around commercial viability.” Before embarking on this process, businesses must seek legal advice. It is a complex road and one that must be adhered to. In a hypothetical context, if they fail to do so, there will be risks in terms of significant losses in potential deals and  legal damages. It is therefore impossible to look at the best path for businesses—especially without an objective viewpoint. To survive, they must weigh on the odds, and then invest their efforts in reducing the anticipated risks. 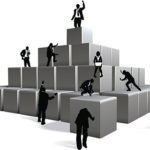 This startup wants the Indian ecosystem to think like the West 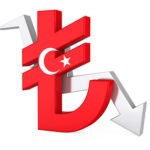