The two economic superpowers are volleying shots at each other by hurting trade in both nations. A slew of trade tariffs have already begun to affect industries in both nations. Here’s a look at how it all began, and who has born the brunt of Trump and Jinping’s differences

The month of March witnessed a long pending face-off between two economic superpowers – China and USA. The two countries have been on the brink of a full blown trade war for a year now, but now with the two slamming heavy tariffs on each other, US stock markets are rattled and the world awaits with trepidation over the next move.

How it all began

That China and USA have been at the helm of economic domination is no secret. China is a manufacturing behemoth – sometimes referred to as the world’s factory. It has been a supremely attractive manufacturing destination for decades now, with low labour costs, strong infrastructure and a technically sound workforce. Despite profit margins slipping in recent times, manufacturing remains China’s mainstay and accounted for 42.6% of the nation’s GDP in 2014, stated a report in Asialink Business. A report in The Economist highlighted how China’s manufacturing strength alone can help retain its position as an economic behemoth, even while oversupply of real estate and rising debts hinder its overall growth prospects.

On the other end of the world, US President Donald Trump vowed to bring back manufacturing jobs to the USA. In April 2017, he directed the Department of Commerce to investigate the imports of steel from China and other nations could be a threat to national security. In August 2017, he asked US trade representative Robert Lighthizer to scrutinise China’s unfair trade practices, specifically looking into Chinese theft of US intellectual property following reports of IP theft by China costing the USA nearly US$225bn to US$600bn each year, reports CNN Money.

This year began on a retaliatory note for Trump and his Chinese counterpart Xi Jinping when the US government announced a 30% tariff on imported solar panels – most of which come from China – and taxes on residential washing machines. In February, the US Commerce Department headed by Wilbur Ross proposed a 24% tariff on steel and 7.7% tariff on aluminium – stoking deep concerns of a full blown trade war between the two nations. China responded sternly that it would take “necessary measures to defend our rights” if hit with tariffs. In March, Trump went ahead with the Commerce Department’s proposals by imposing 25% tariff on steel imports and 10% on aluminium imports. The following month, China retaliated by imposing tariffs worth US$3bn, including a 15% duty on 120 American products like fruits, nuts, wine, and steel pipes, and 25% tax on recycled aluminium and pork. The government specifically mentions that the tariffs are in response to the US’ trade measures against steel and aluminium. Within a day, Trump hit back with a 25% tariff on nearly 1,300 Chinese goods from the aerospace, machinery and medical industries. In response, China slapped tariffs of nearly 25% on a range of products from the US, including aircraft, automobiles, soybeans and chemicals worth nearly US$50bn. Finally, on April 5, 2018 – a year after the first round of tensions between the nations openly surfaced – the US trains its gun on another US$100bn worth of Chinese goods.

In the past two months, US stocks have risen and tumbled a fair amount. Ever since the tariffs were announced, equity prices and Treasury yields have plunged. However, markets rallied following reports of both nations striving to ease concerns over a trade war, and the two sides are keen to reconcile.

The ongoing tussle between the two nations has already begun impacting a few sectors heavily. China said it would charge imports of sorghum, shipped from the US. Sorghum is a popular livestock feed and is used to make liquor. A report in CNN Money stated that Chinese customs officers will charge importers a fee of 179% on US sorghum after an investigation found that shipments were unfairly subsidized and were damaging Chinese producers. China happens to be the largest buyer of American sorghum, purchasing imports worth nearly US$1bn last year.

This has adversely affected American sorghum farmers, especially in Texas and Kansas, which happen to be strong support centres for the President.

One of China’s largest tech companies ZTE was the latest casualty in the trade battle. The Department of Commerce banned American companies from selling parts and services to ZTE for seven years – this is after the company illegally shipped equipment to Iran and North Korea – both nations that the US has had political fallouts with. ZTE is the fourth largest smartphone supplier in the US, and buys microchips from Qualcomm and glass from Corning. Other American brands like Apple and Amazon could be affected in the coming weeks.

Chief market strategist at FXTM Hussain Sayed stated that President Trump might be looking to focus on currencies to further influence his trade battle. A report in Wall Street Journal stated that US trade representatives are considering fresh retaliatory measures against Beijing for restrictions on American tech and cloud services.

A report from Rabobank states that India might face some unexpected hits from the ongoing trade war between USA and China as well as the US Federal Reserve’s monetary tightening cycle. The study indicates that a tariff war could reduce exports and lead to imported inflation, hurting Indian investments and purchasing capacity. Economists Hugo Erken, Raphie Hayat and Marjin Heijmerikx state three scenarios how India could be hit:

The tightening of US monetary policy could lead to capital outflows, and Rabobank models estimate India losing US$22bn in capital flows by 2022, and the rupee depreciating sharply. An unlikely benefactor of this trade face-off could be Elon Musk. The creator of Tesla, it appears, could gain some advantage after Beijing’s plans of starting energy vehicles. Tesla’s revenue in China doubled to US$2bn despite hefty import tariffs, stated a Reuters report.

Ultimately, several nations could be affected in this trade tussle, given the number of countries that trade with USA and China. A report in Financial Times states that a full-fledged trade war, although unlikely, could have a negative effect of 1 to 3 percentage points in the next few years to global GDP. It remains to be seen how the nations resolve the issue and ensure there are no massive implications on global economy. 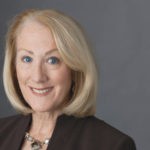 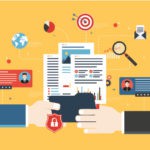 What can the banking industry learn from the rise of Netflix?