Iran is studying a request by Uzbekistan to export crude oil to the Central Asian country – an announcement that shows the list of Iranian oil clients is expanding as the nation pumps more crude to international markets.

“Uzbekistan’s oil production is limited. Therefore, it needs to import this strategic product. Given that Uzbekistan has no access to sea, exports to the country need to be carried out through land and probably by rail,” he said after meeting the visiting Uzbek Foreign Minister Abdulaziz Kamilov.
The Iranian minister further emphasized that Tehran still needed to study the technicalities involved in exports of oil to Uzbekistan, stressing that the Iran supports the move as it could help strengthen relations between the countries.
During the years of US-led sanctions, Iran’s oil clients were limited to only five nations such as China, India, Japan, South Korea and Turkey. However, the list expanded after the sanctions that had been imposed against the country as a result of disputes over its nuclear energy activities were lifted in 2016.
Iran has been able to regain its lost market share in Europe while at the same time increasing oil exports to Asian clients. New European clients include Italy, Greece, Russia, France, Spain, Romania, Indonesia, Poland and the Netherlands.
Iran’s current oil export capacity stands at around 2.6 million barrels per day most of which is shipped to Asia, a quarter to Europe and the rest to certain minor markets. 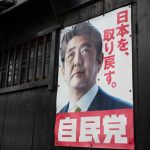 Shinzo Abe gets a majority in Japan’s parliament 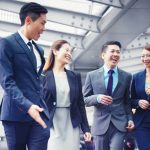