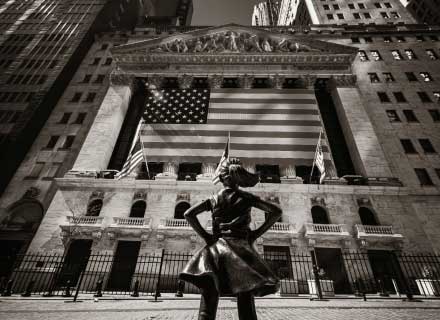 Even during politically turbulent times, the markets outperformed, but their winning streak is finally over.

The double-digit returns on investments have astounded economists and speculators. The market was a golden goose for Americans, whose lives were in constant political turmoil.

The social polarization and discord that has become synonymous with the Trump presidency had little to no effect on stocks and commodities. The market value slumped for a few weeks and then went on to mark one of the most historic rallies in history. As protests ravaged America after the brutal murder of George Floyd, stock prices soared. Amidst the chaos, the markets signaled that politics aside, everything was going great.

Wall Street’s a place for number-crunching dreamers who now must reconcile with reality. The Federal Reserve has decided to combat sky-high inflation by hiking interest rates. The decision has crushed stock prices as corporations use billions in value.

On Friday, the 13th, stocks rose 2.4%, though hardly enough to recuperate the week’s losses. For the first time since 2011, it was the sixth consecutive losing week for the market. The looming recession and persistent inflation will most likely push S&P 500 further down. In May, The index fell more than 16% from its peak in January.

Though 72% of all holdings in the market belong to the super-rich, over half the US population has some money invested in the stock market. Most Americans would now have substantially fewer returns and thus less wealth to support their retirement or their children’s college education.

These events unfold right before the midterm elections, aggravating the Democrats who struggle to convince the people that Joe Biden and his party are what’s best for the economy.

Many Trump supporters hailed the former President as the ‘savior of the economy’. Donald Trump was not shy in iterating his contributions to the economy. And now, Biden and the Democrats will take the blame for this meteoric stock market crash.

People often forget that the stock market is not a barometer of the economy. Its rise and fall are not proportional to economic successes and failures in the real world. For example, spending is still high, and unemployment hasn’t been this low since the 1950s.

But people do look at the stock market as an indicator of growth. And, week after week of losses can be psychologically punishing for the average American. Chief economist at Moody’s Analytics remarked that people are simple, and they look at the stock market to see how well they are faring economically. He said they feel good when they see green on the screen and crummy when it’s red.

Stock prices thrived under years of low-interest rates and low-yielding alternatives like bonds. The market was one of the few places where they could make big money quick.

Policymakers cut rates lower during the pandemic to successfully help businesses through the lockdowns. As a result, companies funneled money into stocks, kept hiring, paying rent, and ramping up production; shareholders got ample dividends and stock buybacks.

Now, the crippling inflation which the average family struggles with has caught up with the suits on Wall Street. The Fed has finally increased interest rates to check the inflation of food and fuel prices.

Wall Street giants have foreseen this scenario, and despite their preparations, it is a painful experience for investors.

Emily Bowersock Hill, the founder of Bowersock Capital Partners, said that she doesn’t think people recognize how fragile a foundation the stock market was resting. Bowersock is the Chairperson of the investment committee of the Kansas Public Employees Retirement System, a $20bln pension fund.

Hill added that some decline was inevitable and healthy to clear out “meme stocks”. She said speculators drove up prices of dubious business prospects like BlackBerry, AMC Theatres, and Bed Bath & Beyond.

But it isn’t just dubious companies that took the hit. Industry giants like Amazon lost more than 30% of their value since the onset of 2022. Alphabet went down by 20%, and many are rethinking the worth of these firms.

Virtually, every stock devalued in one of the most depressing seasons in recent history. The symbolic value of market success is something no one knows better than Trump.

During his presidency, Trump used to pressure the Fed to reduce interest rates further and frenziedly tweeted about stock market booms. Even during the peak pandemic season, when morgues and hospitals were full and schools and malls empty, Trump tweeted about the greatest stock market success since 1974.

Most Americans own stocks, but it is still a rich person’s game as 5% of all people hold 72% of all market assets. However, symbolism is of significance to the general public.

Richard Sylla, a professor of economics at NYU’s Stern School of Business, remarked that markets are important because it makes the news every night. Often, winning markets is crucial to winning a presidency.

On May 13, the University of Michigan’s consumer sentiment index dropped by 13 points from when covid first hit- much lower than expected, as noted by Ian Shepherdson, the chief US economist at Pantheon Macroeconomics. He went on to say that such deep pessimism suggests that people have short memories.

All this spells trouble for the Biden administration. The long years of prosperity end under his watch, and a new bull run might be a while away.

On May 9, Republican Congressman Jim Jordan tweeted, “Your 401k misses’ president Trump.” Biden critics even trended “My 401k” nationally on Twitter. A critic tweeted, “I don’t know about you, but after looking at my 401k statement I think we need Trump back.” CWith the Supreme Court abortion laws Janet Yellen, Treasury Secretary admitted on Wednesday that Biden’s spending policies were worsening the inflation but added that the economy was still strong.

The 401(k) is an employer-sponsored retirement plan in the United States. An employee that opts for a 401(k) agrees to transfer a part of his salary to an investment account. This money is invested in the stock market, which at the moment isn’t faring well.

Sylla co-wrote a book after studying two centuries of interest rates which accurately forecasted in September 2011 the high returns the coming decade would produce.

Returns in this decade will be more “muted,” Sylla said. Even if the market recovers, it won’t rebound as it did after the first months of the pandemic.

The average stock market return in the last decade was around 17%, as per the S&P annual return generated in the decade leading up to 2022. Now, analysts predict single-digit returns of approximately 5% for the coming years- an extremely dismal outlook for investors.

Sylla wittily explained that the only good thing about the stock market now is that those who weren’t doing so well can find solace in the fact that others aren’t either. He predicted that the years of the rich getting richer and the poor getting poorer were over. According to Sylla, no one’s getting too rich too soon anymore.

Hill pointed at the generation of investors who entered the market in the last five years and made huge gains. They are used to a time when things always rebound quickly, and the stock values keep growing faster and faster despite minor setbacks.

The Bowersock Chairperson noted that investors are in the habit of ‘buying the dip.’ They aggressively buy stocks when prices plummet with the assurance that they will go up very soon. She said this aggressive strategy might not work in the future.

Hill concluded that she sees no easy way for President Biden to control inflation without unnerving investors. Any move the government and the Fed makes might negatively impact the market at this point.

Cracking down on wage growth – an inflationary force – is political suicide for a Democrat, and the war in Eastern Europe, which is driving up oil, gas, and food prices, seems to have no end in sight.

Pension and other investment experts are well prepared for a phase of substantially low returns. But Zandi added that the casual investor who expected their retirement funds to grow at a remarkable pre-crash pace is in for a shock.

When the average American learns of this adjustment, the stock market’s three-decade-old symbolic value will diminish. Moody’s chief economist concluded that something else would take the stock market’s place, but he is unsure of what that will be. 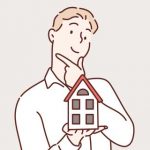 Things you need to know while selling a house 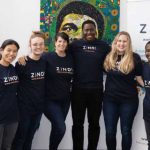