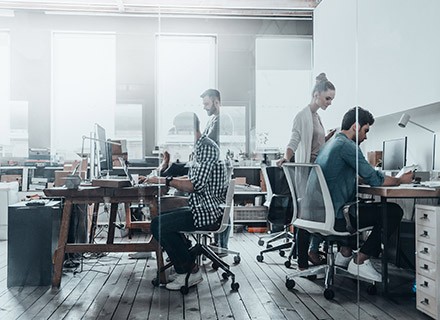 Inside WeWork’s business expanse, there seems to be a certain conflict sprouting between ‘co-founders’ ambition’ and ‘co-workings’ communal roots’

WeWork was originally built on creating co-working spaces for a seamlessly collaborative work zone. Indeed, the co-working giant, in part, hopes to “create a world where people work to make a life, not just a living.” At first, the company’s business strategy was manifested “holistically,” but now it envisions in doing more than just creating open spaces with distinct features carefully designed to be work-friendly.

Last year, the company introduced its very own dorm-style housing called WeLive, which mostly thrives on a residential concept. WeLive’s business model is much like WeWork: where the company will extend its service to managing perplexities that come with finding and setting up a home. In fact, another interesting benefit for those who opt in is they can experience a ‘community of like-minded people’.

More so, the company recently launched a fitness center called Rise that costs membership worth $180 per month. The company even acquired the iconic Lord & Taylor building located on Fifth Avenue in Manhattan for $850 million. But this is not it. Next up: the most alluring addition to the WeWork portfolio is Rent the Runway: an online service that provides designer wear and accessory rental. Rent the Runway has collaborated with WeWork to add an element of convenience for users of the rental service.

In short, Rent the Runway will open a network of clothing drop-off boxes in the lobbies of 15 WeWork locations across the United States. The drop-off boxes will allow subscribers to return rented items and release a slot in their subscription for the next round of renting. Surprisingly, the drop-off boxes are open to both: the public and the members at WeWork. “This is really just the beginning,” Jennifer Hyman, chief executive officer of Rent the Runway, told Bloomberg.

“We have subscribers in many places throughout the U.S. and with WeWork’s massive footprint, there’s huge opportunity to grow this drop-box network.”

The creators of WeWork intend to “humanise” everything they bring to the market: from work to fitness to living spaces. However enticing it is, to watch WeWork disrupt the market and expand from its introductory business strategy: is the company losing its plot—of being a communal workspace? In fact, some investors and analysts want to probe deeper into its business model: as the Wall Street

Journal writes: “critics say it’s an overvalued real-estate play.” That’s a notable statement. For WeWork, this choice of business strategy might become a sort of distraction to its vision. Eight years ago, when the company opened its first co-working office in SoHo, it was not the first evolution of a communal workspace. Yet. It succeeded because there was a vision: to assemble a community of like-minded people under one roof. It reinforced interest in work: the benefactor of going to an effortless environment brilliantly furnished with indoor plants, soundproof walls, warm light, convenient work set-up and of the sort, was much exciting.

More important, working with cool minds became the catch. But now, its other ventures (or strategies) are somewhat diffusing the classic character of WeWork— by depicting qualities of a new-age realtor.

Nevertheless, its real might can only be noted in its metrics: The company generated $422 million in the second quarter, based on a financial presentation shared with Recode. According to Coworking Resources, WeWork is the second biggest co-working company in 2018—and it is nominated the sixth most valuable start-up in the world, observed VentureSource.

The company’s accelerated growth might indeed make a striking headline, however it is still losing money. Early this year, its net loss estimated $723 million on $764 million of revenue. In comparison to the same period last year, it lost $154 million on $362 million of revenue. So the loss is much counterproductive now. According to WeWork CFO Artie Minson, Recode notes: “the losses reflect the large capital expenditure it takes to open up new offices, which require time before they become profitable.” Since inception,

WeWork has been counting on its long-time business strategy, and now, there is a significant amount of pressure—in some ways, to justify its remarkable position as an expert in communal workspace. Still, there is a huge possibility for the company to assert this justification:

After all, the data WeWork has experimented with in past years is much more valuable than one can expect: how people work; the need to feel good; when they work best; and how jobs can get done—matters. And its faculty to capitalise on these meaningful insights might bring dynamism to its long-term business strategies in future. 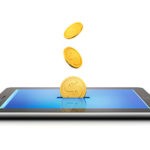 Decoding the Netflix approach to investing 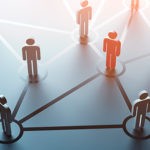 Meeting the demands of Open Banking with integration technology