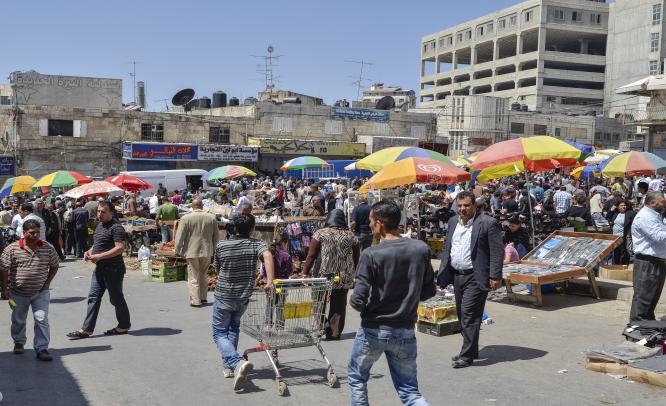 There are not enough alternatives for Palestinian consumers Alessandra Bajec  October 20, 2014: Israel’s recent offensive in Gaza triggered an unprecedented boycott of Israeli products across the West Bank, as many Palestinians opted for local equivalents in response to the Israeli military operation. Despite the economic boycott leading to a noticeable difference on the local market in the immediate aftermath, many question how long it...

There are not enough alternatives for Palestinian consumers

October 20, 2014: Israel’s recent offensive in Gaza triggered an unprecedented boycott of Israeli products across the West Bank, as many Palestinians opted for local equivalents in response to the Israeli military operation. Despite the economic boycott leading to a noticeable difference on the local market in the immediate aftermath, many question how long it will last after the end of the war while the Palestinian economy remains heavily dependent on Israel.

Horrified and frustrated at the destruction and bloodshed in Gaza, Palestinians in the West Bank called for the boycott of Israeli goods to take a stand out of desperation to do something.

During the war, warning stickers appeared on made-in-Israel products in stores all over the West Bank, with clear messages that buying Israeli products meant funding a government killing Palestinians.

“Before the war, the boycott was functioning irregularly with the support of small segments of the civil society, and it wasn’t affecting the behaviour for most Palestinian consumers,” he said.

Prof. Abdel Kareem estimated that Palestinian imports from Israel, either directly or through foreign exporters, account for almost $3.5 billion per year. Out of this figure, he claimed, fuel, water and cement — where Palestinians have no choice — amount to around $2 billion. The professor concluded that no more than $1 billion worth of Israeli goods can be replaced with alternatives, produced locally or imported directly from foreign countries.

The boycott certainly revived following the events in Gaza with many Palestinians choosing to go local, and hit an approximately 30% increase as per the Palestinian Ministry of Economy and Trade.

Before the war, there was not enough support from the local community, as the average consumer enjoyed Israeli products, but the recent war in Gaza changed things.

Data released by Palestinian Central Bureau of Statistics (PCBS) in September shows that imports from Israel decreased by 18% (consumable goods) in July 2014 compared to June 2014. Mrs Oula Awad, President of PCBS, provided official figures to illustrate the results: Israeli registered products, inclusive of VAT, dropped from $114,500 millions to $66,793 millions, between June and July 2014, marking an overall 41% decrease (including electricity and water).

The chief statistician anticipated that data relating to the period following the Gaza war would be captured in PCBS’s coming report to be issued on October 23.

She explained there are two tricky issues encountered in measuring the size of Palestinian imports: non-registered products cannot be counted; products imported from other countries, however coming through Israel, are recorded as ‘Israeli’.

“Whatever comes from another country should be recorded accordingly, but that’s not the case,” Mrs Awad commented, “That’s why we don’t know exactly the weight of our imports.”

Mrs Awad saw a significant behavioural change in shopping habits in Palestinian society, especially in cities like Ramallah, towards Israeli products, as several grocery shops took the initiative to remove Israeli products in their stores.

Palestinian factories and companies have been particularly successful at offering substitutes for Israeli dairy products and soft drinks.

The West Bank’s largest supermarket chain BRAVO, part of the Arab Palestinian Shopping Centre, took a big stance by taking Israeli products off its shelves, with the intention to withdraw the rest of its current stock and replacing them with locally-made or foreign products.

Yousef Sider, Marketing Manager of BRAVO, stated that it was hard to make the decision initially, expecting a number of customers to get Israeli-branded products elsewhere. “It was really about how to implement the boycott,” he said, “We needed to assess how much we would lose and what steps we would take to reduce such losses.”

Fed up with the war in Gaza and the occupation more widely, BRAVO introduced the boycott after the first truce was announced, and started to replace major Israeli brands, such as Strauss and Elite. Sider explained the strategy they applied was two-folded consisting of providing substitutes, produced locally or abroad, and offering better quality products at lower prices.

One known issue faced by local companies is Israel’s competitive market that has built a strong reputation over its quality food items, whilst Palestinian producers either lag behind quality-wise or do little to promote their products. Palestinian consumers would thus often buy higher priced, better quality Israeli products.

BRAVO supported Palestinian manufacturers to produce more, introduce new items as substitutes as well as improve the quality of their products.

The grocery chain’s management nevertheless predicted the boycott would have some negative effects on the business; part of their customers would go to their competitors to find Israeli products.

“We didn’t see new customers coming to our store. Business-wise, the boycott wasn’t profitable for us,” Sider pointed out, “We actually recorded losses in our sales.”

Yet, a change in attitudes was largely visible among the existing customers.

“Since we endorsed the boycott, our regular customers, even those who were used to buying Israeli goods, started to replace them as we were stocking local and foreign equivalents,” the marketing manager added.

After the war ended, however, a lot of supermarkets resumed stocking Israeli products. In Sider’s opinion, BRAVO is the only one that has officially maintained the boycott so far.

“We’ve removed most of the Israeli items from our stores,” the marketing manager claimed, “We’re left with a small stock amounting to 5%, which we’re going to get rid of by the time we find substitutes within two months or so.”

Dr Abdel Kareem believes the public shift in the West Bank towards endorsing the boycott marked a turning point.

“Palestinian customers now recognise the need for boycott,” the financial economist maintained, “People are more aware that if they buy Israeli goods, they will support the occupation.”

He noted that while Palestinians reacted strongly to the war in Gaza through a mass economic boycott of Israel, things slowed down a bit after the war ended. In his view, the end of the Israeli offensive along with little availability of substitutes and poor quality production on the Palestinian market, most likely affected the width of the boycott.

“What I question is for how long the boycott will last?” Awad said, “Palestinians are the biggest consumers for the Israeli market.”

Many Palestinians are convinced that their products are of less value and cannot compete with Israeli ones.

According to Awad, there should be a mutual effort from traders to promote local products, and manufacturers to increase their quality. Then the public perception would change vis-à-vis Palestinian goods.

BRAVO has used marketing tools like signposts inside its stores promoting substitutes of Israeli goods and showing more competitive prices to convince customers that local products are of equal, if not better, quality.

“We need to identify those products with added value and compete in the domestic market,” the professor argued, “We should follow import substituting strategies to replace imported goods with local ones, and open up to different industries.”

That said, Israel maintains almost full control over the Palestinian economy with a wide range of restrictions limiting potential for growth of the Palestinian market. It accounts for around 70% of Palestinian imports which, based on PCBS figures, are four times the exports. With at least 65% of the West Bank’s land controlled by Israel and border restrictions, Palestinians are denied the opportunity to grow their own economy.

The 1994 Paris Agreement, annex to the Oslo Accords, states that Israeli food products are free to enter the Palestinian lands while there are restrictions on the entry of Palestinian goods to Israel. That means all the gains go to Israel leaving Palestinians more economically subjugated.

For Awad, access to movement and control of borders by Israel are the two main challenges not allowing the Palestinian economy to grow.

“Palestinians are forbidden to invest or build in these lands,” she commented, “So our economy is very limited.”

Sider pointed to other obstacles such as the lengthy bureaucratic procedure to obtain licences for selling alternative products from abroad, and the management of higher supply versus low demand for items that are not going to be sold.

Palestinian producers need to work towards introducing a full range of substitutes of Israeli products on the food market if they want to see a tangible change, and gain more economic independence.

Without sufficient alternatives and a steady backing from Palestinian consumers, the boycott may find it difficult to stay in the West Bank. 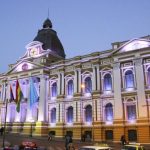 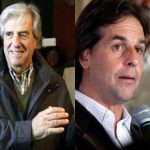