Marie-Pierre Ripert, economist at Natixis With the end of the ECB’s repayment programmes approaching there could be significant repercussions on those euro-area banks still reliant on this form of liquidity provision. Marie-Pierre Ripert, economist at Natixis, explores the options available to avoid the “liquidity cliff” As European banks have repaid more than half the existing Very Long-Term Refinancing Operations (VLTROs) since early 2013, excess liquidity...

With the end of the ECB’s repayment programmes approaching there could be significant repercussions on those euro-area banks still reliant on this form of liquidity provision. Marie-Pierre Ripert, economist at Natixis, explores the options available to avoid the “liquidity cliff”

As European banks have repaid more than half the existing Very Long-Term Refinancing Operations (VLTROs) since early 2013, excess liquidity in the financial system has decreased to around EUR 100 billion – from EUR 800 billion in March 2012. And although this signals an improvement in the health of banks and the wider economy, the conclusion of these programmes could substantially impact those banks disproportionately dependent on European Central Bank funding – particularly in Spain and Italy. In this regard, the ECB has attempted to dampen market pressure by announcing that unlimited liquidity will be allotted until mid-2015, giving banks more time to repay the VLTROs together with other (three-month) LTROs. The main challenge, of course, is that a considerable amount of central bank liquidity provision is channelled via these programmes. The avoidance of a “cliff” effect (once they come to a close) has therefore become vital for Spanish and Italian banks – not least due to the programmes’ end coming ahead of balance-sheet adjustments in response to new Basel III regulations, as well as in the context of the bank asset quality review and stress tests.

Banks have two options to manage the risks

Barring ECB action, eurozone banks can manage a liquidity cliff in two ways. One option is to gradually replace VLTROs with other types of funding. With markets significantly easing, banks should be able to raise funding at slighter costs, though the pricing will remain higher than the ECB’s provision of cheap liquidity. Alternatively, banks could repay the VLTROs by reducing the size of their balance sheets, though this may lead to a continuation of weak financing to the economy and/or a reduction in the holdings of government bonds. Up to now, the VLTROs have not been used to directly finance loans to the economy. Instead, they have been used to buy government bonds in the context of carry trades. Between end-2011 and April 2012, for instance, Spanish and Italian banks bought government bonds worth EUR 86 billion and EUR 76 billion respectively. Currently, their respective holdings amount to EUR 297 billion and EUR 415 billion. In the absence of additional measures from the ECB, the most likely scenario (within the control of banks) would be a reduction in the size of their balance sheets – a process currently underway in both countries.

Other risks to the Spanish and Italian economies

Due to the high scale of defaults on mortgage loans in Spain, loans to private agents fell sharply following the 2008 financial crisis. Meanwhile in Italy, the past two years have seen a downward adjustment and a lack of monetary policy transmission – the process through which policy decisions affect price levels – to the economy. Despite the easing of monetary conditions – thanks to the various rate cuts since end-2011 and the allotments of liquidity – the interest rates charged on business loans in Spain and Italy have remained high. Lending conditions have now stabilised in Spain and Italy (with the exception of business loans in Italy) and corporate and household demand for loans is no longer deteriorating, which could mark the start of improved demand for borrowing. The prevailing idea up to now – that the fall in loans to the economy reflected a demand problem from private agents – could therefore change. And this is important in a context where the prerequisite for sustainable growth is an upturn in productive investments. Furthermore, faced with the adjustment in their balance sheets and in the absence of external aid, Spanish and Italian banks could find it difficult to reap the benefits of the upswing in domestic activity this year.

What could the ECB do to reduce these risks?

Although ECB support to banks may already seem complicated – in the context of the bank asset quality review (AQR), stress tests and its new role as supervisor of the 128 largest eurozone banks – several ECB members, particularly Benoît Coeuré and president Mario Draghi, have generated debate by emphasising how the European financial system can deleverage. They have stressed the need for a significant increase in capital and a disposal of impaired assets, without a reduction in loans to the economy. Yet if the ECB proves unwilling to provide additional support to the banks, the impact of the balance sheet clean-up on the real economy may prod it into action. In fact, the ECB has several tools at its disposal to limit a “cliff” effect. The easiest measure involves extending the unlimited allotment of liquidity until end-2015 or mid-2016, giving banks more time to adjust their balance sheet. A second measure would introduce a new funding facility for euro area banks, the use of which would be limited to granting loans to the economy. This is clearly an advantage for the ECB as it would not need to take credit risk on its balance sheet. The risk, conversely, is that banks may not apply for funding due to the stigma around this facility being presented as support for the economy, and not as aid to the banks – and quite simply because of their desire to clean up their balance sheets. Lastly, the central bank could conduct a quantitative policy – increasing the size of its balance sheet in the hope of injecting liquidity in to the economy. The ECB could then buy government securities and persuade investors to finance other assets and banks that in turn finance the economy. In this regard, it could also finance the economy directly by purchasing private-sector assets from banks (in the form of securitised loans), enabling them to finance private economic agents. In both cases, the ECB would take the credit risk on its balance sheet. Yet, as the 2008 crisis dampened the idea of securitization – with a tightening of regulations – a number of technical and legal obstacles could prevent the ECB from buying SME Asset Backed Securities (ABS) in the short-term. Switching to a quantitative easing (QE) policy – enabling it to finance private economic agents at a low cost – is one of the most effective measures to combat the fragmentation of the markets and ensure the restoration of monetary policy transmission to the real economy.  That said, the ECB has continued to fuel doubt about this route. Until recently, the central bank had only affirmed its willingness to take new unconventional measures via various announcements. Yet, without a seriously heightened deflation risk it is unlikely to indulge in QE. The Governing Council showed some cracks in the ECB’s forward guidance in early April, with a press release stating: “We are resolute in our determination to maintain a high degree of monetary accommodation and to act swiftly if required”. Furthermore, “the Governing Council is unanimous in its commitment to using unconventional instruments within its mandate in order to cope effectively with risks of a too prolonged period of low inflation”. Certainly, the Council’s unanimity adds credence to its commitment. Another recent twist has been member Jens Weidmann’s assertion that he was not opposed to QE – a significant change since he had previously appeared sceptical regarding the ECB’s Outright Monetary Transaction (OMT) bond-buying programme.

Conclusion: obstacles to a clear path

Despite the dwindling size of the VLTROs, the Spanish and Italian banking systems remain incredibly dependent on ECB liquidity. Meanwhile, the ECB has several tools it could implement to reduce the risk of a liquidity cliff. That said, the central bank faces a number of technical and legal obstacles in the implementation of this type of policy, and in fact it could end up choosing other shorter-term measures. Given this, and barring new measures from the ECB, the banking systems operating in Spain and Italy will need to continue adjusting – though this may come at the risk of hampering the eurozone’s recovery. 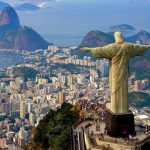 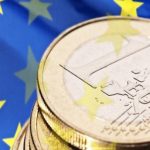