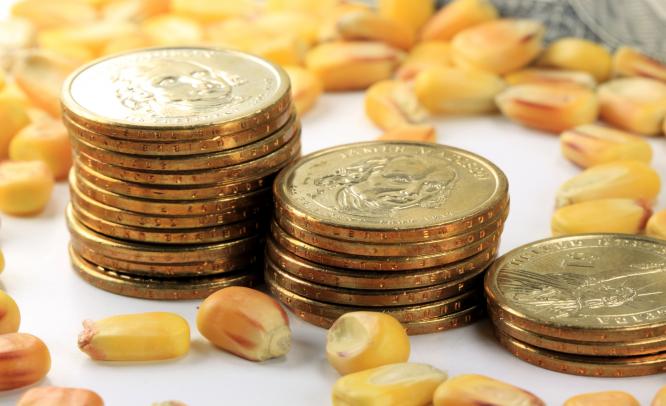 October 6, 2016: Commodity markets are subject to the most fundamental law of economic activity: supply and demand.

That dynamic explains why the price of commodities such as oil, agricultural products and industrial metals is inevitably cyclical, and why producers face a constant struggle to strike the right balance between overcapacity and under-investment.

Because producers often miscalculate the appropriate level of supply at any given moment – and since prices are extremely sensitive to even incremental changes to the supply-demand balance – the history of the commodities market is one of inescapable booms and busts.

Today, following five years of steady commodity price declines and significant industry consolidation, there are now signs that the cycle is starting to turn.

Consider the performance of the Bloomberg Commodity Index (BCOM) – a measure of investor returns in a weighted basket of energy, grains, industrial and precious metals, soft commodities and livestock.

Up more than 160% between 2001 and mid-2008 – a period marked by sustained global economic expansion – the BCOM then experienced a sharp decline, reflecting the broader impact of the financial crisis. After recovering slightly, the index remained on a sustained downward trajectory from mid-2011 until the end of 2015, down 55% over that period of sluggish macroeconomic growth.

Commodities were the worst performing asset class globally last year – partly due to slowing Chinese expansion and the strong dollar – leading investors to withdraw a record $850 million from US exchange-traded commodities over the 12-month period.

Since the start of 2016, prices have at last begun to recover, up 14% since hitting rock bottom in mid-January and 6% for the first eight months of the year. Over the same period and of particular importance, Brent crude oil prices recovered strongly, up more than 30%.

While it remains too early to confirm a long-term upward trend, commodities are attractively priced at current levels.

Unsurprisingly, the five-year commodity price decline led to serious cuts in capital expenditure, suggesting that a supply shortfall lies in the near future – including in the oil industry, where investment has virtually dried up and new discoveries are now running at their lowest rate in six decades, according to the International Energy Agency.

Indeed, at a time when commodity prices are supported by greater demand and limited supply, the outlook for commodity producers is likewise more favorable. Not only are raw materials prices rising, but the sector is also benefiting from five years of consolidation.

Over those five years, M&A activity in the sector was intense, including some $650 billion in transactions last year alone. That trend has now been capped by Bayer’s recently proposed $66 billion takeover of Monsanto, which, if regulators approve the deal, would create a global agro-chemical behemoth.

Given the importance of infrastructure investment to the sector’s health, the fact that China is once again pouring billions into such projects is another positive sign for producers. Perhaps even more important is India, the world’s fastest-growing large economy. According to the country’s finance minister, the country must invest at least $1.5 trillion over the next decade to bridge its current infrastructure gap.

In this context, it’s worth noting that US public fixed investment, measured as a percentage of GDP, is now running at a 60-year low. Indeed, this is one of the rare areas where Hillary Clinton and Donald Trump are in agreement, with both calling for huge increases in infrastructure spending – although only one of them intends to build a 3,200-kilometer wall on the Mexican border.

All of this will prove supportive of natural resources – and equities linked to them. While obviously closely tied to the price of raw materials, and thus difficult to predict, such shares tend to outperform the underlying commodity linked to them.

Consider that, in real terms, oil prices have risen only slightly since the 1920s. Over the same period, oil and gas companies have generated real returns of more than 8% per year, according to GMO, a Boston-based asset management firm, which notes that industrial metal miners have outperformed the underlying metals by a similar margin.

Moving forward, global macroeconomic trends will continue to prove key for both commodity prices and the performance of producers. At the same time, interest rate policies, currency fluctuations and geopolitics will also shape the market, sometimes in unexpected ways.

Despite such volatility, investors can take comfort from the fact that commodities are inevitably cyclical. What has gone down for the past five years will, perhaps sooner rather than later, once again reach equilibrium – that sweet spot where supply meets demand.

Stefan Van Geyt is the Group Chief Investment Officer at KBL European Private Bankers. The statements and views expressed in this document are those of the author as of the date of this article and are subject to change. This article is also of a general nature and does not constitute legal, accounting, tax or investment advice 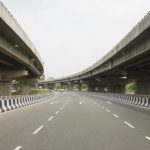 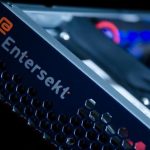 Mobile authentication: Entersekt is ahead of the game