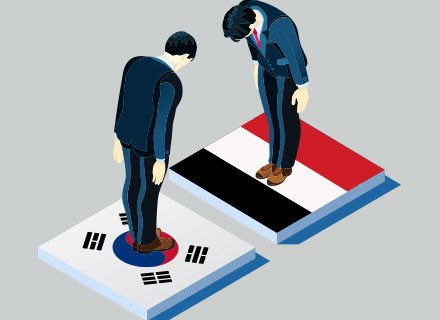 South Korean investments are soaring, perhaps because of the Egyptian strength to emerge as an economically important country in this decade

South Korea is planning to increase its investment activity in Africa and it has set eyes on Egypt. This is because Egypt possesses the potential to emerge as one of the most economically important countries in this decade and South Korea has identified the benefits of capitalising on this potential. Egypt is also strategically important to South Korea because it is a base for Korean companies to enter markets in Africa, the Middle East and Europe.

According to the Ministry of Trade and Industry, trade exchange between Egypt and South Korea reached $1.59 billion in 2019 and close to $2 billion in 2020. The trade balance between the two countries reached $518 million in the third quarter of 2020. Major aspects of the trade were dominated by engineering and electronic goods, furniture, ready-made clothes, chemical products, fertilisers and medical industries. Meanwhile, Egyptian exports to South Korea had reached $321 million in the same period while its imports from South Korea stood at $839 million. Exports include natural gas, vegetable substances, non-metallic minerals and fabrics—whereas major South Korean exports to Egypt include resins, vehicles, screens, automotive parts and synthetic petrochemical products.

South Korea is even investing a lot of effort to support Egypt’s response to the Covid-19 pandemic. The former has provided medical supplies worth $500,000. The supplies arrived in Egypt in two phases: The first batch contained 227 PCR test kits from Kogene Biotech worth $250,000 and the second batch had 223,000 KF94 and 149,000 KF80 medical masks.

South Korea’s minister of trade and industry Nevein Gamea met the new Ambassador to Egypt, Hong Yin Wook last year and held discussions related to the future of the economic relationship between the two countries and ways to develop industrial and trade cooperation. The minister also revealed that the South Korean investments in Egypt amounted to about $570 million in 181 projects in industry, services, construction, communications, information technology tourism and agriculture. The ambassador further stressed South Korea’s willingness to enhance economic, commercial, industrial and investment cooperation with Egypt in the coming years.

Some of the biggest South Korean names such as Samsung and LG already operate in Egypt. The Egyptian Refining Company’s (ERC) plant in Mostorod district with $4.4 billion investment has the Korean main contractor GS Construction and Engineering, ambassador Hong said. The plant is expected to start full production in the coming months and it is expected to fulfil half of Egypt’s total needs. In 2019, South Korea exported $200 million of diesel fuel to Egypt. Once the ERC plant is operational, exports will decrease and subsequently the domestic production in Egypt will increase.

As cooperation moves to the next level

South Korea and Egypt will further enhance their relationship in every aspect in the coming years. When Egyptian President Abdel Fattah Al Sisi visited South Korea in 2016, both nations adopted a comprehensive cooperative partnership that stresses on bilateral cooperation in different aspects. Leaders in South Korea understand Egypt’s potential and are willing to help the North African nation turn its immense potential into reality by sharing a common strategy for their cooperation in important areas. South Korean leaders are also said to be deeply impressed by President Al Sisi’s vision to explore Egypt’s potential and his leadership qualities. Al Sisi wants to establish Egypt as a hub for trade and industry in the Middle East and North African (MENA) region.

In 2019, South Korea injected around $150.2 million in various fields in Egypt, while the total investment and foreign direct investment reached $131 million and $167.9 million. It is not just the South Korean government, but also many Korean investors and companies see Egypt as an attractive market for investment. Also, the Egyptian government is trying to attract foreign investors and it has great potential given its huge population.

Shin Wooyong, Director General of the Korea Trade-Investment Promotion Agency (KOTRA) office in Cairo said in an interview that the prospects for the Egyptian investment climate are very good, which will encourage more Korean companies to invest. In his view, the most promising sector that will witness more investments by next year is the environment sector, as the Egyptian International Gas Technology (Gastec) is planning to make a second investment in Egypt by next year. The transportation sector is also a promising one that will witness a lot of investments next year. While the Covid-19 pandemic has delayed most of the scheduled work, KOTRA has plans to arrange around 10 business delegations to visit Egypt starting from the second quarter of 2021.

That said, South Korea is also closely working with the Egyptian government to facilitate seamless investment activities between the two nations. Both parties are working to address the difficulties faced by Korean investors when it comes to investment in Egypt. This will also help Egypt to attract more Korean investors as well as companies that seek to establish their operations in the country. Simultaneously, it will help authorities in Egypt to assess areas where additional progress is required especially in customs, tax procedures, land allocation, work permits and visas.

South Korea is the seventh-largest trader and 11th largest economy in the world, with one-tenth of Egypt’s area and half of its population, the former South Korean ambassador to Egypt Yeocheol Yoon said. “We think that our trade with Egypt which now stands at $2.2 billion, though a 50 percent increase from our lowest point in 2017, is not very impressive. I think we can do more.” South Korea’s overall trade records $1.14 trillion, with $605.4 billion of exports and $535 billion of imports. According to the ambassador, Egypt’s strategic location gives the country an advantage. Additionally, it has a well-educated young population, plentiful resources and its leading role in the Arab and African world with a vast network in the region and beyond—are factors important to lure foreign investors.

South Korea exports ‘Made in Egypt’ products to Africa

Every year, South Korean logistics firms export products bearing the slogan ‘Made in Egypt’ worth $700 million to other African nations as well as the Middle East. It is reported that 90 percent of this constitutes Egyptian electronics exports. Ambassador Hong expressed his country’s desire to further enhance their strategic partnership and reach new heights in trade. The partnership was developed during Egypt’s President Abdel Fattah Al-Sisi historic visit to South Korea in March 2016. Now, trade and commerce between the two countries are expected to receive a further boost since the Korean President Moon Jae-in is scheduled to visit Egypt in the near future.

The volume of trade exchange between Egypt and South Korea reached $2 billion in 2020 from $1.59 billion in 2019. Mostly goods such as engineering products, electronics, furniture, ready-made garments, chemical products, fertilisers and medical industries were exchanged between both countries. It was reported that Ambassador Hong will further explore ways to strengthen the existing relations between South Korea and Egypt. So far, the East Asian economy has invested around $570 million in 181 different projects in Egypt, covering sectors such as construction, communications and information technology, tourism and agriculture.

In full support of Egypt’s Vision 2030

In order to achieve its goals, South Korea is emphasizing on the quality of vocational education in the form of higher educational institutions. The Egyptian-Korean Technological University in Beni Suef is a prime example of the cooperation between the two countries. The university is designed to provide a considerable level of vocational education which is useful in modern day work fields and to also ensure that students are equipped with the right skill sets and knowledge required to land a job.

Enhancing the productivity of the public sector in Egypt is also an important aspect. South Korea is already cooperating with the Egyptian Patent Office and Egypt’s Ministry of Finance to apply some of Korea’s egovernment schemes. The ambassador further revealed that South Korea is coordinating with the Ministry of Foreign Affairs to help Egyptian officials and experts from different backgrounds join various capacity building programmes in Korea every year.

Why is there deep interest in South Korean investment?

Egypt is keen on further enhancing the relationship that it has in place with South Korea. At the same time, the African nation also wants to increase the level of investments it receives from South Korea. Egypt’s Minister of Investment and International Cooperation Sahar Nasr affirmed the same when the minister revealed that the African economy wants to attract more South Korean investments. This is mainly because of South Korea’s efficiency in transferring industrial technology and its ability to increase the added value of its industries. Also, Egypt is attracted to South Korea’s ability to sustain its growth as well as its export competitiveness.

Currently, the portfolio of international cooperation between South Korea and Egypt stands at $396 million. A major chunk of this investment was allocated for projects in the transportation sector. The level of investments coming in from Korean investors has reached their highest rates since 2014-2015 until this year, amounting to $570 million. As things stand, the investments are distributed among 163 companies, mostly in the industrial and service sectors. 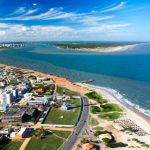 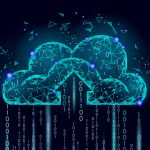 An interactive view of cloud computing in Africa