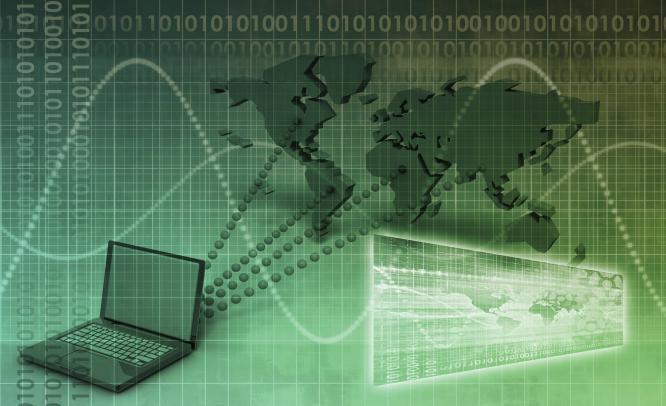 Shaun Port, Chief Investment Officer at Nutmeg shares his views on 2016 Shaun Port December 3, 2015: The big winners in 2015 were European and Japanese stocks, and the US dollar.  Emerging markets and commodities were the big losers.  Nutmeg expects similar trends in the first half of 2016. UK Along with Japan, the UK is facing one of the largest drags from fiscal policy,...

December 3, 2015: The big winners in 2015 were European and Japanese stocks, and the US dollar.  Emerging markets and commodities were the big losers.  Nutmeg expects similar trends in the first half of 2016.

Along with Japan, the UK is facing one of the largest drags from fiscal policy, even after the Chancellor’s U-turn in the Autumn Statement. We expect relatively subdued growth from the UK, compared to recent years. The service sector will continue to lead the way, with business services performing more strongly than financial services.

The risk of Brexit will become a greater concern for investors in UK equities and bonds next year. We don’t believe there’ll be a vote to leave the EU, but it could be close. Indeed the market risks surrounding any possible Brexit have become as big a headache for European policy-makers as for the UK.

We expect a weak pound against the dollar to help the outlook for UK stocks as foreign investors look to buy cheap UK assets, and an eventual recovery in oil prices should help the UK market in particular – however, we predict a further weakness in commodity prices in the first half of 2016.

A Federal Reserve rate hike this month itself is not a problem. Markets have already adjusted.  The speed of hikes in 2016 is the key, and this depends on the path of core inflation. We expect a gradual rise in core inflation through the year, although headline rates will jump in early 2016 as base effects dissipate (the sharp fall in energy costs in Q1 2015).

UK interest rate forecasts are much too low – a 50% probability by November or December 2016.  We cannot see the Bank waiting a full year after the Fed to raise rates.  Either the US policy is a failure – and that might mean lower US and UK rates – or the market accepts higher US rates, and UK expectations are too low.  We believe UK rate expectations will begin to focus on a May 2016 hike, supported by a sharp rise in headline inflation in the first quarter of 2016 and higher core inflation (currently running at 1.4% annualised over the past six months).

Emerging market (EM) growth has disappointed: the gap between faster-growing emerging economies and developed markets in 2015 was the lowest since 2000. Official forecasters like the IMF predict EM growth to rebound at a faster rate, but we are not convinced. Rather, developed market growth is likely to continue to close the gap with emerging markets.

The rebound in emerging markets will be lacklustre. Borrowing conditions are tightening in some countries, with liquidity becoming scarcer.

For some countries there are significant headwinds to growth, namely collapsing commodity earnings and commodity-related capital spending, and tightening liquidity conditions for government and corporate borrowing in emerging markets.

But the commodity collapse is a boost to many developed economies, especially Japan, raising disposable income.

Borrowing conditions are tightening in some countries, with liquidity becoming more scarce (less foreign inflow, falling currency reserves, limited debt issuance).  Despite large falls in exchange rates this year, this is focused on commodity producers – a reflection of lower overseas earnings.  But overall, there is little evidence that currencies have become excessively cheap.

Overall commodity demand has held up in 2015, but the composition has changed radically as China shifts from big investment in infrastructure projects towards commodities for operating and consuming.

Another Chinese currency devaluation is likely in 2016.  Financial market participants do not understand Chinese policy, even if the summer devaluation in the Yuan can now be explained by the desire to be part of the SDR basket.  But more changes – liberalising markets and capital flows – will happen in 2016, and will likely be misunderstood.  The ‘new normal’ China is not the China from 2004-2011.

China is shifting from a hyper-investment economy, to a more consumption-led growth path.  This supports further de-rating of EM stocks and commodities, as the super-cycle works in reverse.  As such, the boom in commodities and EM over 2004-2011 was an aberration.

Financial market participants do not understand Chinese policy, even if the summer devaluation in the Yuan can now be explained by the desire to be part of the SDR basket.  But more changes – liberalising markets and capital flows – will happen in 2016, and will likely be mis-understood.  The ‘new normal’ China is not the China from 2004-2011

The biggest growth surprise will come if China provides a big boost to spending, but this goes against their reform agenda to rebalance the economy.  Conversely, if China increases supply-side reform – cutting output from state-owned enterprises in coal and steel sector, for example – then growth could slow further.

China is a near certainty to seek a more competitive exchange rate early in 2016 and this is likely to start a skirmish of competitive depreciations among exporting nations.  This will undermine commodity prices as it will tend to (temporarily at least) keep deflationary fears alive and may even interrupt the tacit recovery in global trade.

That is not to say there are not some bright spots in the EM universe – India and Indonesian growth will bounce back, helped by reform, and the more mature developing economies of Korea and Mexico are showing better growth.

We will hold selective emerging market country exposures in 2016, but we do not expect to raise our EM weightings significantly – there are better opportunities in developed markets.

While EM weakness and devaluation is in the air, the dollar will maintain its strong run.  UK investors with overseas exposure need to understand the hedging benefits currency volatility can bring to a multi-asset portfolio.

At some point in 2016 the inflation pendulum will swing from deflation to inflation and that will be the time to hedge dollar exposure.  The US election is another reason to expect the dollar’s fortunes to turn around during 2016 since, historically, election years have been negative for the dollar.  Meanwhile, Euro and Yen exposure risk needs to be managed through the filters of QE and possible risk-off mini-episodes.  Several geopolitical events could trigger such risk-off episodes; and we should not forget that Greece is likely to come back onto the radar for failing to implement the full terms of its rescue package.

Some of the most attractive equity markets are also the most crowded.  Over the summer, flows from foreign investors into different markets were the most volatile since the global financial crisis.  In fact in Japan, net selling by non-residents over August and September was greater than during the financial crisis.

While we believe that these markets will deliver good returns again in 2016, the risks of any potential disappointment could lead to sudden and large sell-offs, albeit short term, even if fundamentals still look good.  For multi-asset professional investors, finding good ‘hedges’ will be the focus in 2016.

Commodities and emerging markets are stuck in an ongoing downward spiral.  With weaker commodity prices, the dollar strengthens, and commodity prices fall further.  In fact, weak currencies and lower energy costs have already cut marginal costs of commodity production, keeping output high and limiting the rebalancing of supply with demand.

China’s boom was financed by corrupt and inefficient bank lending.  That is a thing of the past, with any future investment program being financed through bond issuance.  Along with the more flexible currency, the widening and deepening of the Chinese bond market will be a key theme in 2016. The discipline of bond markets will prevent the excesses of past local government investment programs.

The equity cycle is not over-extended. Although equities have produced strong gains over the past six years that does not mean that the rally will come to a natural end any time soon. Desynchronised economic cycles and only tentative steps towards monetary tightening will deliver an unusually protracted and moderate recovery phase in global demand.  As such, we believe we are more in the middle of the cycle, rather than the closing stages; a fertile environment for value stocks and small and mid-cap stocks.

However, there are some causes for concern: there is too much reliance placed on QE driving returns, and investor positioning has become very crowded over the past year.  Typically, investors are overweight Europe and Japan, underweight the US, emerging markets and the UK.

Fears of persistent deflation in developed markets will be priced-out of bonds in 2016, but the divergence of monetary policy will keep yields relatively low.  The dampening effect on inflation coming from emerging markets will moderate over the year and be offset by rising wages.  The usual lags in inflation mean that 2016 will be the year the US recovery pushes up core inflation.

Fear of higher rates is likely to cause continued outflow from bond funds; outflows from retail bond funds is already quite significant.  Tighter US monetary policy will take its toll on bond markets, but so will the reduced Treasury demand from oil revenues and FX reserve management.

Expect further falls in broad markets in the first half of 2016.  A stabilisation in oil prices will lead broad markets, but hopes of a quick rebound to $70 seem optimistic.  Any permanent stabilisation should not be expected until after China depreciates its currency.  Potential Saudi leadership succession problems are another source of medium term concern as OPEC tries to keep a grip on oil supply.  We expect the struggle over Iraq and Syria to have limited impact on oil prices, as Russia strikes a more conciliatory posture towards the West in that region’s conflict. 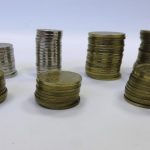 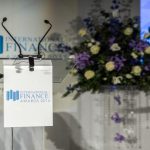