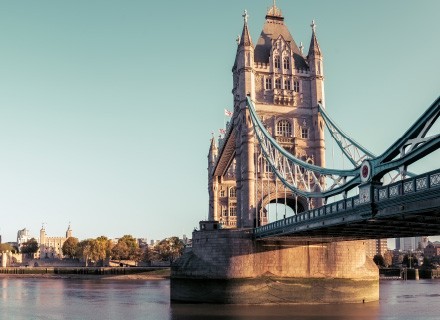 ver the years, London has established itself as a financial district with corporate friendly regulations and convenient time zones. It is reported the UK is the highest net exporter of financial services. However, London’s reputation as a financial hub is under threat as uncertainties with Brexit looms over. Since the UK started negotiating with the European Union (EU) about a possible exit, hundreds of fintech companies have either exited the UK or moved some part of their financial assets to the European Union. In 2020, the UK finally exited the European Union after years of negotiations. So how will Brexit impact the country’s fintech sector?

The UK fintech scene as Brexit looms
The UK finally withdrew from the European Union earlier this year. However, both parties have entered a transition period that will give them time to work on a new trade agreement. In 2019, a report published by Robert Walters — one of the leaders in recruitment for financial services and technology revealed that fintech firms in the UK received the highest amount of investments in Europe, accumulating $48 billion worth of investments.

However last year, around 275 financial firms moved a combined total of $1.2 trillion in assets out of the UK to other parts of Europe, a report showed. Dublin alone accounted for more than 100 relocations, while Luxembourg had 60, Paris had 41, Frankfurt had 40 and Amsterdam had 32. That said, a report published by Bovill showed that around 1,400 EU-based firms have applied for permission to operate in the UK after Brexit, with over 1,000 of those planning to establish their first UK office, which seems positive for the country in a post-Brexit setting.

Earlier this year, German neobank N26 informed its customers that it is closing its business in the UK due to Brexit. According to the neobank, it no longer has a licence to operate in the country post-Brexit — and will close all accounts on April 15.

In this context, the neobank has asked its customers to transfer its assets to alternate accounts. N26 started its business in the country just five months prior to its exit. Brexit has encouraged investment banking giants such as Bank of America Merrill Lynch, Citigroup, Goldman Sachs and JP Morgan to shift a significant proportion of their operations to Europe.
A report published by EY said that Deutsche Bank has shifted €400 billion from its balance sheet to Frankfurt, while JP Morgan moved €200 billion to Germany. Another report by thinktank New Financial found that 332 financial services firms have already moved jobs out of London because of Brexit.

Tom Bull, head of UK Fintech at EY told International Finance, “While some fintechs have moved parts of their financial assets out of the UK in preparation for Brexit, over the past few months we have seen a noticeable pause on firms announcing any operational changes to their businesses, as relocation announcements have dwindled. When it comes to the impact this has had on the country’s business landscape, our data suggests that firms have built out the infrastructure they need on the continent to ensure they will be able to serve clients once Brexit happens — be that with or without a deal.

“While fintech is still seen as a major foreign direct investment attraction for the UK, Brexit has pushed many fintech firms to create optionality in their business models by considering other locations for parts of their business. Going forward, firms are likely to be focusing on fulfilling their commitments to regulators in the EU and the UK to establish their new operations, while also deciding whether to operate multiple hubs across the Eurozone and in the UK or consolidate and restructure operations.”

It is quite evident that Brexit will significantly change the financial services which includes fintech significantly in the UK and especially London. Changes are expected when it comes to regulations, trade deals and investments. However, how big and impactful the changes will be remains to be seen.

London continues to be the fintech capital of Europe
London is now dubbed as the fintech capital of Europe. The number of startups and companies in the city have grown significantly — creating a positive impact on its fintech landscape.
It is reported that job creation has also increased over the years. According to London-based recruitment firms operating, job creation has increased by 61 percent over the past year. This growth is making financial technology the fastest growing sector in the city.

Interestingly, the fintech sector in the UK has continued to progress since the Brexit vote. The UK has always encouraged innovation, creating a surge of growth along with corporate friendly regulations and less bureaucracy, thus increasing investment opportunities for both local and foreign investors. This in turn has helped fintechs in the region grow at a fast pace. Brexit, on the other hand, seems to be limiting the growth of UK fintech companies working with European companies, especially with trade and employment becoming a cause for concern.

Experts believe that London will continue to the fintech capital of Europe despite the changes that Brexit will bring to its business landscape. In fact, Brexit might foster fintech growth in Dublin, Amsterdam and Frankfurt for that matter.

“At this point in time, no solid alternative has emerged to challenge London as the preeminent financial hub in Europe. London remains the most attractive destination for foreign direct investment in Financial Services, securing 67 projects in 2019, more than double that of Paris, the second most popular city with 29 projects,” Bull explained. “London’s dominance as the preeminent European financial centre remains unrivalled, however there is competition from financial centres around the globe and as such, we should not be complacent about London’s position as a top financial hub.”

Talent crunch might not take place
Many in the industry worry that the UK could find it difficult to get the right talent following its exit from the EU amid the potential loss of passporting rights. However, it is very unlikely that the UK will go through a talent crunch post-Brexit. The UK being a key financial services centre houses famed universities and demonstrates an impeccable academic culture.

Certain fintechs are likely to choose to set up in an EU country rather than the UK, thus potentially drawing talent to particularly EU cities and fintech hubs. Even though many fintechs are moving their businesses out of the UK to the European Union, they are still likely to retain some part of their business in the UK. Many fintechs have also moved some part of the financial assets out of the UK. Many of those fintechs will only establish a small presence in a new EU market and look to maintain their current UK operations. As such, roles and opportunities should remain in the UK, which should continue to prove attractive to talent. The evident changes will be seen in the mix of the talent pool driven by the impact on immigration both into and from the EU as a result of Brexit.

The UK government had assured companies operating in the country that it will support retaining talent post-Brexit. In fact, skilled employees will be given the rights to remain in the country because of their skillset and vast experience.

Fintech investment in a post-Brexit setting
The big question is whether investors would show the same interest in British fintech startups post-Brexit? Even though Brexit negotiations have been ongoing for the last five years, investors have not shied away from investing in UK fintechs. Despite looming Brexit uncertainties, investments in UK fintech startups have expanded by nearly 500 percent over the past five years, eclipsing the investment growth of 170 percent recorded by the US in the same period. The UK also outperformed the rest of Europe which recorded a 133 percent increase. This implies that investors are still willing to invest in the UK despite those uncertainties.

Investors will continue to invest in fintechs in the coming years due to financial services requirements transitioning toward a digital, cloud-based industry.

A noticeable trend was observed in the UK fintech with ground-breaking investments worth $4.9 billion, which surpassed $3.6 billion record in the previous year and catapulting the country to second in the global rankings for venture capital investment.

UK fintechs have attracted huge capital and completed significant deals than the rest of the top 10 European countries combined. Seven of the top 10 deals in Europe involved UK fintechs. Greensill led the way with an $800 million round and OakNorth with $440 million. However, the scene on the continent saw its own impressive growth with total investment hitting $8.5 billion, up from $5.7 billion. German digital bank N26 raked in $470 million, with payments outfit Klarna raising $460 million.

“Investor sentiment from April this year suggests that the UK financial sector is in a strong position to adapt to the changes and continue to be a leading destination for overseas investment — with fintechs being no exception. How this continues after Brexit will depend on a number of factors, such as the incentives the UK will provide for foreign investors and the trade deals that will be negotiated with new countries. However, the UK is likely to continue driving growth in the sector,” Tom concluded. 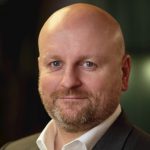 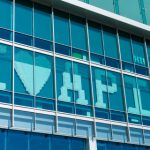