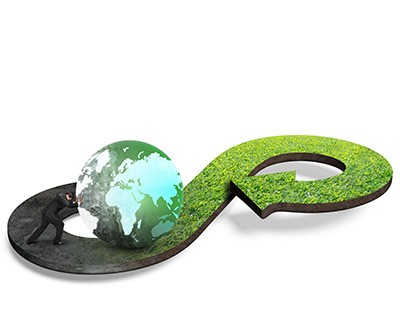 With the most feared effects of climate change, the world wants to reduce carbon emissions for the greater good. What does this mean to its economies.

In 2018, British economist and academic Nicholas Stern at the Global Climate Action Summit persuaded the gathering to think big. He said: “Our civilisation has arisen in just the last 10,000 years, when temperatures varying by plus or minus one degree Celsius (1.8 degrees Fahrenheit).

“Continuing down the path we are on would see an increase—within a century or so—of 3ºC or 4ºC (5.4 ºF to 7.2 ºF), something Earth hasn’t known for three million years.

“Coastal areas would be under water, deserts will have expanded, hurricanes would become much more intense. Many parts of the world would become uninhabitable. Hundreds of millions would have to move, perhaps billions. The risk of serious conflict would be high.”

This means, the world is changing. Even if humans realise every single pledge made in the Paris Agreement, there is still a fat chance that not all economies in the world might survive this catastrophic risk because he added, “the Paris target is ‘well below’ 2ºC. But even at 1ºC, we are experiencing very severe effects. This will add to the pressure.”

With the economic power losing grip to possible worse climatic conditions, there has to be a coping mechanism, depending on how the world is willing to act upon. The answer is simple: ‘negative emissions’ (or ‘carbon dioxide removal’). However, this will not just happen. But when it does, will low carbon persuade economies to restructure and grow? Or, will it be too close for comfort?

Actually, the persuasion is already taking place—and there is a vast explanation to it. In 2017, two developing countries Georgia and Armenia were target of observation by researchers for the World Bank’s study. The focus of the study was to assess their ‘feasibility of a clean energy transition that would not cause economic harm’. It seemed that researchers found ‘these countries do see GDP growth after investing in low-carbon energy sources’.

Armenia’s GDP could reach as much as one percent and Georgia as much as 0.2 percent while removing four percent of carbon by 2050. Although the growth is slow, it is still apparent. It could have been much different, if countries had acted more responsibly from the start. There is more benefit these countries can experience beyond GDP: where there will be an increase in domestic energy capacity in the fight against climate change.

For the past few years, countries are turning proactive: The Pan-Canadian Framework on Clean Growth and Climate Change endorses a national plan to address climate change—with the promise of “green growth.”

For this reason, the economic power that exist in carbon-intense sectors including transport, technology, building and industries will have to tread carefully, and that not all countries might not be willing to let go. According to The Atlantic, Philip Drost, an officer at UN Environment, said: “We have new evidence that countries are not doing enough.”

Last year, the United States’ economic growth was seriously driven by a large demand for ‘energy, trucking and air travel, and industrial activity’. A lot of companies were speeding up their manufacturing rate for commodities, including steel, chemicals and cement, which meanwhile, did not offset its carbon emissions.

Senior Fellow of the World Resources Institute Nate Aden said the United States has become 28% richer, but only six percent cleaner since 2000. So, one way to look at it is these sectors encourage the growing economy. But at what cost?

This question has already stimulated a wave of strategies by organisations vested in climate change—and there is still a fragment of hope left. “Who would have thought then that renewables with storage would already be out-competing fossil fuels in the marketplace, even without a price on carbon?

“And who would have thought that the heads of the major car companies would all be agreeing that the era of the internal combustion engine is coming to an end?

“And there is so much more in the pipeline. This is the growth story of the 21st century,” Stern added.

There is more optimism knowing that another world’s highest emitter China is sustaining the low carbon transition.  Oil and gas burning in China still continues, but it is counterbalanced with a major decline in the use of coal and other energy-heavy industries.

With a decarbonisation rate of 5.2%, the country has ‘retained its leading position’ amidst the G20, which signifies a 41% reduction in carbon intensity over the last ten years. This was made possible by “growth in services, high-tech and equipment manufacturing as well as technological upgrading, while investment in energy intensive industries fell, thereby making growth greener.”

So, the hope is there will be ‘no long-run high carbon growth story’ in the future. That said, carbon has become a way of life for growing economies, and so, will speeding activities that instigate its removal shrink the global GDP? There is basically one thought to this argument: ’degrowth’ is imperative to a cleaner planet that will transcend beyond material prosperity. By definition, it is the “equitable downscaling of production and consumption that increases human well-being and enhances ecological conditions at the local and global level,” which means there will be some fundamental transformations to economic activities that may impact the GDP. 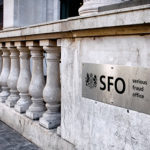 What are the trials and tribulations of the SFO? 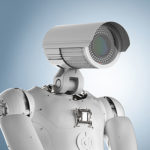