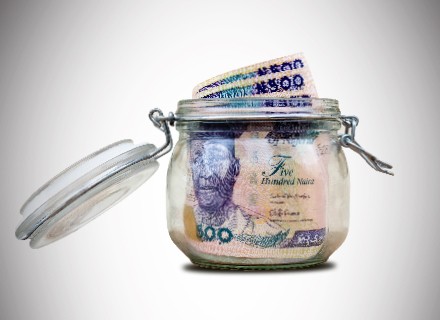 The total asset value of mutual funds climbed to N1.31 trillion in May—pointing to a N270 billion increase

Nigerian mutual funds remain resilient in 2020
What is fascinating about the increase in asset value is that the mutual funds industry has remained resilient despite the pandemic caused by a virus which has nearly tumbled the global economy. A major part of the funds flow was directed to bond funds and money market funds. More specifically, the money market funds saw a net positive flow of N97.5 billion, while bond funds generated net inflows of N110.4 billion over a year to June 2020. It is reported that this is the first time for a fund category to be recording positive flows to that extent, with an exception to money market funds. The probable cause of that is largely attributed to the yields on bond funds which is perceived to be measly better than those from money market funds, according to Nairametrics. Despite the pandemic forcing people to dip into their savings and investments—a positive inflow is indicative of the industry’s resilience at this time.

Augusto & Co in its report observed that “The MMFs are poised to continue dominating the collective investments schemes in the short to medium term, which will account for a projected 28 percent of the total non -pension assets under management by the year 2021 (2018:25 percent), with three additional MMFs set to launch in 2019 alone. This turn of event is earmarked by the current high risk environment, which resulted in investors being more conservative and seeking risk averse asset classes away from the equity instruments and traditional fixed income. The MMFs continue to appeal to customers in the diaspora ranging from institutional investors to the mass affluent and the high-net worth individuals (HNIs). The fund’s major target is the public with many MMFs having a minimum investment range of N5,000 to N10,000, and these funds help drive more retail participation within the Nigerian Capital Market, largely due to the current macroeconomics headwinds that derails the performance of the traditional investments outlets.”

Of the remaining percentage, 9.78 percent is invested in Eurobond funds denominated in dollars, 7.7 percent in fixed income or bond funds and 4.52 percent in real estate funds. In regard to Eurobond funds, currently there are 7 of them in the country based on the NAV Summary Report. The fact of the matter is that investing these foreign-denominated bonds will give investors an advantage in performance of the funds and exchange rate changes. It is reported that the Eurobond category generated N9.8 billion during the period between January and May 2020, making it seem like a good hedge against Naira devaluation. More of those gains have appeared to come from Stanbic IBTC Dollar fund and United Capital Euro Bond fund. In the big picture, however, it points to the fact that other funds like Exchange Traded funds, Ethical and Target funds are not fully utilised due to lack of understanding and poor performance.

Mutual funds offering expands among asset management firms
Mainly, asset management firms in Nigeria are growing popular with an increased offering in money market funds. Typically, money market funds invest in short-term fixed-income securities such as government bonds, treasury bills, commercial paper and certificates of deposit. Low risk investments within the country’s mutual fund industry have received the highest form of attention from investors. These funds are in fact are prone to low risk compared to various types of traditional asset classes—accounting for more than 70 percent of collective investment schemes and 25 percent of non-pension assets under management. Although this year is uncertain to make credible predictions, bond funds and money market funds are anticipated to maintain momentum in generating revenue.

Last year, New Gold ETF was pronounced for its top performance fund with 161 percent in return. It is reported that the fund is the most volatile type of fund in the country having a risk-reward ratio between 19.33 to 16.55. That said, Vetiva Sovereign Bond ETF ranked second recording 26.39 percent performance. It is observed that this fund draws benefits from positive price changes and exchange rates volatility, and has a risk reward ratio between 2.74 to 7.52. The third on the list was United Capital Euro Bond Fund with a performance of 23.83 percent.

The Security and Exchange Commission in a circular stated that “Sequel to the publication of new Rules relating Collective Investment Schemes in December 2019, the Commission hereby issues the following clarifications to facilitate effective compliance with the new CIS Rules. All Fund Managers of Collective Investment Schemes are required to comply with the provisions of the new Rules and file evidence of compliance on or before September 30 2020. The application of the new total expense ratio and incentive fee computation takes effect from the beginning of Q3,2020, i.e. July 2020. Incentive fees should not be factored into total expense ratio computation and shall be assessable and payable on an annual basis; The Fund Managers Association of Nigeria (FMAN) shall submit acceptable benchmarks for Money Market Funds, Balanced Funds and Ethical Funds at the beginning of each year commencing Q3. 2020.”

Digital assets are embraced along with mutual funds
Interestingly, the regulatory body is also embracing its interest in digital assets. It has specified tokens and coins which will be categorised into four various classifications. According to a statement, the country’s regulators will authorise all digital assets including cryptocurrencies and energy tokens. The regulator body in fact said that all security tokens will be seen as securities and mutual funds as ‘specified investments’. “The general objective of regulation is not to hinder technology or stifle innovation, but to create standards that encourage ethical practices that ultimately make for a fair and efficient market,” the statement said.

It seems that blockchain and crypto companies are launching Digital Assets Token Offerings (DATO), initial coin offerings and security token offerings in the country. Google Trends has identified Nigeria to rank first in the world in online search for bitcoin. The traffic is significantly more than what Ghana had recorded. In Africa, Nigeria has reached the top for bitcoin trading volume and ranks eight on the continent to host BitcoinATM.

More transparency for investors and fund managers is needed
The mutual fund industry in Nigeria has evolved over the years. More to the point, the current recorded figures imply that the industry is now performing well compared to previous records. This further implies that lack of transparency is the reason for slow value growth in the industry. The industry’s asset net value only represents 10 percent of the country’s stock market capitalisation—which means it is wrapped in some form of opacity. That said, it remains crucial for the industry to focus more on transparency.

For investors, transparency is a key factor in mutual fund investments. For example, mutual fund investors are more likely to be retail investors with basic knowledge of investments. In this context, it is important for them to monitor their investment performance, risks involved and money flow. These factors will simplify their investments allowing them to make informed decisions. For fund managers, transparency helps them while reporting mutual fund activities as they operate in a highly competitive market environment. This in turn will lead to effective sharing of information between investors and fund managers—laying a solid foundation for the Nigerian fund industry’s future growth. 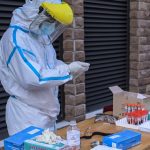 A new age of opportunity for Vietnam 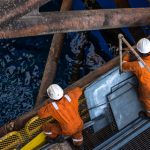 #Renault board backs plans to reshape alliance with #Nissan The agreement, which will retool the two-decade-old al… https://t.co/jbJCHz9CUk