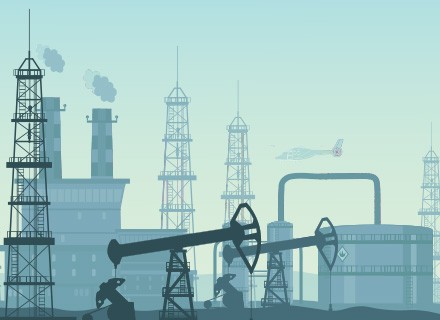 It is a known fact that the pandemic has had a destabilising effect on global oil production in the last few months. In fact, the Opec drastically reduced oil production to the lowest levels since the Gulf war in 1991 in an attempt to revive global markets. In March, Mohammad Sanusi Barkindo, Opec Secretary General, told the media, “There is no doubt that in the last four weeks all the indices have deteriorated, be it in the economy, stocks, equities, financial instruments, metals, commodities and of course oil.”

On the bright side, Opec has built a robust model with a deep focus on collaboration, discussion and information-sharing — highly effective to member countries, oil producers and customers largely dependent on stable economic conditions.

Opec and all of its allied countries except one have agreed to extend oil production cuts through July. The countries even include Russia and Mexico who had pledged to slash oil production 9.7 million barrels a day in May and June — marking the deepest cut agreed to by the world’s oil producers. This in turn has helped to increase prices on the back of resurging demand for crude. In fact, it was reported that the output adjustment in May and June has provided relief to the market and demand has picked up as economic activity is slowly resuming back to normal.

This is especially true because 14 countries in sub-Saharan Africa produce oil, which accounts for a major chunk of their export income. The major oil producers in Africa include Nigeria, Angola and Gabon. In fact, Angola, Algeria, Nigeria and Libya among others are increasingly dependent on hydrocarbon sales — making them the main casualties of reduced oil output. It appears that an increase in prices between $50 to $60 would allow them to earn the necessary amount of foreign exchange to further carry out development projects.

Despite that, the African Petroleum Producers Organisation showed its support for the resolutions that were determined during the 9th Opec and non-Opec Ministerial meeting. Established in 1987, the African Petroleum Producers Organisation is a body of African countries producing petroleum — and seeks to foster cooperation and harmonisation of efforts among oil producing countries on the continent. The body’s efforts in supporting the resolution is aimed at resolving the global oil crisis caused by the coronavirus outbreak and a price war between the Kingdom of Saudi Arabia and Russia.

It appears that the petroleum ministers and representatives of member countries of the African Petroleum Producers Organisation have taken a stand to support the decisions and processes undertaken by all parties to address the complexities and volatility of the global oil market. The African Petroleum Producers Organisation said in a statement that “Furthermore, we urge the G20 countries to offer assistance to Africa as we struggle to wade off this pandemic and price stabilisation process in the oil markets and encourage the most equipped laboratories and medical institutions in the world to find effective measures accepted by all (proven and consensual scientific results) to rapidly eradicate the progression of the current Covid-19 pandemic.”

Angola resists steeper production cut at first
Earlier this month, Angola was resisting Opec’s request for a steeper oil output cut in line with the agreement between all member countries. As stated earlier, the Opec and allies led by Russia have been slashing output since May, with a record of 9.7 million barrels per day following the pandemic-led crisis.

At first, it was reported that Angola was unwilling to compensate for its overproduction during the period between July and September, however, it would be able to do so between October and December. Against this background, Nigeria and Algeria had to reach out to Angola to encourage it to execute the agreement.

On a close note, Angola saw oil production cut by Opec, its allies and other top oil producers as an insufficient measure to balance global markets. Resources and petroleum minister Diamantino Azevedo, told the media, “It is up to everyone to understand that, despite the measures taken by Opec, oil producers in various countries should be aware that they may be called to take more drastic measures.”

The production cut has had an impact on its long-term supply contracts. In the country, oil accounts for 90 percent of total export revenues and the value of oil exports dropped by approximately 50 percent during the period between April and May. Angola is the second largest oil producer on the continent. This points to Angolan economist Carlos Rosado de Carvalho’s view in an interview with a local media report that “oil is the biggest source of revenue for the Angolan State, and if the State is going to have less revenue, it means that it will invest less, that way the economy ends up suffering.”

But Angola has received a lot of pressure from the joint ministerial monitoring committee to comply with the supply cuts agreements. In addition, other countries including Iraq, Kazakhstan, Nigeria and Gabon have been pressured to commit to the agreement as well. More recently, the country agreed to comply as per its supply cut agreement with the joint ministerial monitoring committee and is willing to compensate for its previous overproduction by reducing output between July and September. The record cuts from all parties are underway before narrowing down to 7.7 million barrels per day until December.

Nigerian economy to suffer from oil slump
Even Nigeria is expected to feel the pinch on the back of slashing oil production. The World Bank forecasts that the country will shrink by 10.6 percent this year, especially with it bringing down its oil production to 1.412 million barrels per day in an effort to comply with the agreement with OPEC and its allies.

In May, the country implemented only 52 percent of the defined output when it pumped 1.613 million barrels per day. Now Nigeria requires to slash approximately 67,000 barrels per day over the next three months to offset the overproduction. Last month, Group Managing Director of the Nigerian National Petroleum Corporation, Mele Kyari, told the media, “Definitely by the end of June, we’ll see full compliance from Nigeria. It will be done in the first half of July in the worst-case scenario. Over the past 10 days, the country has been cutting more than required under the OPEC+ pact.”

That said, the country had reassured its commitment to Opec and its allies on the new extension deal which points to 9.7 million barrels per day. It has promised to show support and collaborate with all parties involved in the deal to rebalance and stabilise the oil market.

The impact of the price slump on African countries is well understood and exporters are bearing the brunt of it on a large scale. In many cases, it is also having a residual effect on the GDP and revenue from sale of hydrocarbons.

Another alarming factor is that Nigerian banks will face serious consequences from oil producers determined to survive the pandemic. This means that traditional firms will be forced to have restructuring discussions with their lenders if the current market conditions continue beyond the next few months.

Truth be told, oil and gas companies account for 30 percent of all banking loans in the third quarter of 2019 and borrowing accounts for 24 percent of all non-performing loans in the country. Some of the lenders with heavy exposure to Nigerian oil companies are First Bank, GTB, Zenith and Access Bank — meaning that when oil prices fall it will directly impact naira and have an indirect effect on the banking industry. Also, power producers and manufacturers might suffer from a weaker naira and further impact banks’ capacity to provide loans.

World Bank, IMF predict GDP drop for African oil producers
A report titled Global Economic Prospects was published by the World Bank in June which found that Nigeria’s energy sector will shrink 10.6 percent this year. In response, the government introduced a revised budget altering the oil price from $57 a barrel to $25 a barrel. In addition, the officials have approved $5.5 billion in loans to finance the new budget deficit.

Austin Avuru, CEO of Seplat Petroleum, told the media, “Overall, our target is to get close to a neutral cash flow position in 2020. So the main target of our budget restructuring is to be able to survive FY 2020, with the hope that during 2021 prices will climb back and we will manage to resume our planned investments. Meanwhile, in 2020 the key word is survival.”

The World Bank said that energy importers on the continent will be protected from the downside effects of the pandemic. Analysts have also expressed views that a reform of subsidies in energy-importing countries could result in freeing up public funds toward economic recovery.

The International Monetary Authority (IMF) released a report earlier this year which projected that Algeria’s economy on the back of high debt levels and a nil sovereign wealth fund will contract by 5.2 percent this year but revive by a 6.2 percent growth next year. The post-pandemic era might be a challenge for African oil-rich countries to reach market stabilisation in the long-term. 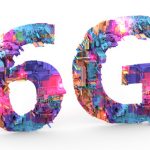 China is aiming at 6G — what next? 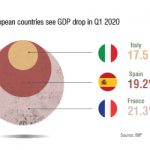 The coronavirus is a disaster for global economy