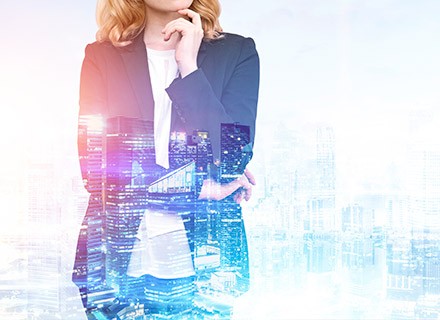 Jenny Tooth, CEO of the UK Business Angels Association, talks about maintaining the critical balance between women-led businesses and sufficient venture funds in the entrepreneurial ecosystem

Women in innovation are blighted by a lack of angel support to help them commercialise their enterprise. This is an issue that stems at a lack of initial funding from fellow women, a lack of female role models, and a lack of information for women who have the potential to help budding female entrepreneurs in the innovation sector.

There are some fundamental issues facing women at board level and as business founders. Access to capital is one of these fundamental issues, with only 2.9% of women founders successfully accessing equity investment for their business, according to research carried out by Beauhurst—the UK’s start-up and scale-up database. Compared with their male counterparts—who are 86% more likely to secure equity investment—it is easy to see why only nine percent of total investment funding goes to women.

When women founders are seeking investment at the early stages of their growth journey, it is business angels that they would normally turn to, able to offer them that first injection of capital as well as bringing them access to their own business experience as well as keyconnections to customers. Yet currently only 14% of business angel investors here in the UK are women.

At UKBAA, we were keen to understand why with women seeking to be further empowered in their business careers and many clearly achieving considerable levels of success and wealth in business and as entrepreneurs across the UK, so few women had recognized the opportunity to back the next generation of up and coming entrepreneurs, especially businesses with women founders in the team.

However, we also learned that this is not just a challenge for women in the UK, it’s also a challenge for my counterparts across Europe, so UKBAA led research among women across France, Spain, Italy, some support from the EC to try to understand the underlying barriers and what were the drivers for women about angel investing

Over 640 women completed our online survey, of which 200 were from the UK nearly half of whom were already investors and just over half non investors, but all were self-declared as either High Net worth or “Sophisticated” i.e. professionally experienced in finance and business.

Our interactions with women across Europe, showed that the problems were similar across all these countries. The women respondents, both investors and non-investors, were all highly experienced in business with between 10 and 25 years’ experience or more and 54% having successfully founded at least one business.

Although, many women had portfolio careers and were generally not making large investments in any one company, and many had made less than 10 investments so far. Furthermore, close to 20% of female angel investors have invested in three to 10 women founders, compared with only a relatively few leading male angels investing in a significant number of women founders. The data revealed a concerning statistic that 86% of women surveyed said that they had not been informed by advisory sources about angel investing in small businesses as an asset class, or about relevant tax breaks to mitigate risks backing early stage businesses.

A significant majority of the women who were not angel investing expressed their concern that they thought they needed to be uber-wealthy, with extensive levels of disposable income. The stereotype of the female TV Dragon of a steely iron maiden seated on a leather chair with a briefcase full of money to her side prevailed in the thinking of many women when thinking about angel investing.

At the UK Business Angel Association Awards, held in Liverpool in June, we ensured that we were promoting women within innovation. We will continue to strive to ensure that female entrepreneurs have a group of angel investors that they can look up to for inspiration, mentoring, and experience, particularly in the innovation and technology sectors. An example of this was Kim Nilsson at Pivigo, who won the Best Investment in a High Growth Female Founder. Kim is addressing the important need to build a pipeline of data scientists to meet the growing demand for skilled talent to take advantage of the opportunity to exploit big data, offering training and a marketplace and has accessed Angel and VC funding to tackle a market where there are not enough women.

This year’s UK Business Angel Association Awards featured the Best Female-Led Investment award, in which we had joint winners. Doppel, led by Dr Fotini Markopoulou, have developed a wristband that has been shown to address the global challenge of workplace stress, focusing on personalised rhythms. Over the past four years, the team have trialled and built the concept which has achieved traction in the US and China. The lead female investor is Rosalind Singleton. She has drawn on her over 30 years’ experience in telecoms and IT, as MD of UK Broadband and Chair of the new UK5G to help the team to review their technical developments and develop robust manufacturing processes.

The other winner of the joint-Best Female-Led Investment was World Wide Generation. Led by Maryula, World Wide Generation have created a blockchain platform as amonitoring and marketplace for the UN’s Sustainable Development Goals, offering a private distributed ledger and cloud-based web application to enable organisations to maximise their achievements. The lead female investor is Claire Bartholomew. Claire has put a considerable sum of investment into the business and drawing on her experience in IT and Financial recruitment, as well as in social enterprise to support the growth and expansion of the business.

There is a clear indication that women absolutely have the means and the resources to invest into businesses, but without accurate representation and the presence of prominent women lead angels, financial momentum—albeit possible —will not occur. With a lack of role models consistently quoted by women investors as one of the key barriers to entry, encouraging those women who are successfully investing to come forward and share their stories is a key priority for all of us in the industry. We hope that programmes such as the UK Business Angel Association Awards promote this cause further, until women are on an equal platform to men with relevant and inspiring angel role models. 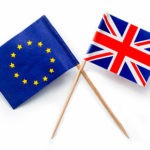 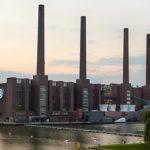 Unravelling the Volkswagen Success Story – Who Do they Own?