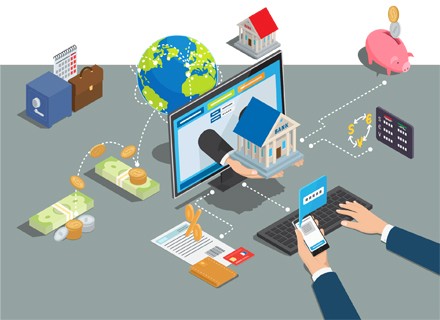 MAS had announced that they would be issuing 5 digital banking licenses.

Singapore is famous for its cultural heritage, educational infrastructure, venture capitalists, and business environment. However, we often forget that it is the banking capital of Southeast Asia. With the introduction of new digital banking, the market is now all set to be fragmented. The global digital banking landscape has been ever-evolving and ever-changing. But as we move towards an era of digitalization, a lot is yet to change. From surging demand for online and mobile alternatives to witnessing a shift from traditional banking systems, Singapore is on the verge of a new era of conceptualization. New digital players in the market are transforming the banking landscape. After a decades-long practice of traditional banking, Singapore has decided to shift towards the digital banking sector.

The Monetary Authority of Singapore (MAS) announced in 2020 that they would be issuing 5 digital banking licenses. However, with regulators increasing licensing allocation and setting benchmarks for a new generation of banking, there is an untapped opportunity, which is yet to begin. This untapped opportunity in the market can boost the banking system for existing and new entrants. New players such as technology experts and non-banking firms will incorporate innovative practices. They will increase the market diversity and transform the banking landscape.

Impact of Digital Banking in Singapore
Virtual banks are poised to change the digital banking landscape of Singapore entirely. They will promote innovation with localization, which will open global boundaries further. Besides being a step towards innovation, it also encourages the small and medium-sized enterprises (SMEs) and operations associated with the licensing of digital banks. Like any other traditional bank, the system in digital banks remains the same. The outflow of customer deposits, from their original bank accounts to their new ones, would help generate monetary resources for the new digital banking sector.

It will also help launch new yet simple products such as credit cards, debit cards, and more at a cheap and affordable interest rate. If able to garner the customer deposits as planned and expected, these new players will give their business partners a competitive edge, which was only held by traditional banks earlier. As per the Allianz Global wealth report, about 98% of Singaporeans aged above 25 have a bank account. Out of this, 60% do physical transactions, while 20% conduct business through digital banking channels.

Well, traditional banks are what our everyday lives involve, transacting at an ATM, going to banks to solve queries, collecting and applying for credit cards through physical presence, and much more. This system has a better customer retention and satisfaction rate than digital banks. However, it is also a time-consuming process for customers to come to the physical locations to do bare necessities. On the other hand, digital banks offer the same services as traditional banks. Rather than going in person to do the transactions, customers can manage their activities online with a simple tap on the phone. Hence, digital banks have lower fees, as it costs more to run a physical bank but less to operate a digital one.

However, with the onset of digitalization, the future does seem bleak for traditional banks. With digital banks’ acceptance in the Singaporean sector, the traditional banks would have to give better engagement and customer experience to ensure their clients stay with them. The sense of urgency to create a seamless transformation in conventional banks to digital banking would help them in customer retention and client engagement. The banks in Singapore have been ardent followers of technological upgrades as the hub of banking in Southeast Asia. Hence, to deliver innovation into the financial service sector, there must be healthy competition between digital and traditional banks.

Challenges for Digital Banks
Migrating into a new sector can never be a one-day affair. But moving on the same path while focusing on the banking sector’s growth is an evolution that Singaporeans are willing to delve into. It is how the company, field, and the government try to face these obstacles and produce solutions that make them different. The most important and strenuous part is the initialization of the business. It is the foundation and the blueprint of how the sector would run and who would be its cash cows. Thus, the first and foremost step is bringing the whole industry together with best-in-class expertise.

The CEOs, CFOs, and employees need to have prior digital banking experience, whether in Singapore or other countries. The more experienced they are, the better it will be for the sector as the experience will help them plan for the longer term. The foundation has to be made with proper consideration of every aspect: education, work experience, internships, references, and other sections.

The company’s operations, including licensing, comprise the second set of problems observed after research and case studies. Licensing might sound easy to bag: just some paperwork, some ticks, and you get authorization to run digital banks; however, it’s the opposite. As it is a new segment, the acceptance rate for digital banking in Singapore is 42% (McKinsey Report 2021). This figure signifies that the primary account for cash of the Singapore citizen will not be in the new segment, i.e., digital banks but in their traditional banks. This aspect makes it difficult for new companies to get approval on licenses.

Hence, operating the business with proper guidelines and compliance terms is necessary for any business, especially the ones emerging currently. One should understand that a new company and a sector in total will be under close observation to see if they follow the laws as per protocol. The third and the most challenging segment of setting up digital banks would be the technical difficulties related to cyber threats, obsolete technologies, advanced mechanisms, and much more complex issues.

Traditional banks and digital banks have different sets of technological upgrades. Hence, as the name ‘digitalization’ indicates, all the operations would be online. Besides the technical difficulties and upgrades, digital banking has to meet the privacy guidelines for every client. As fraud and impersonation are prevalent worldwide, it is right to be following all the privacy laws and regulations to keep the customers safe.

Trust is a crucial issue, especially for Singaporean customers who have been following the traditional banking structure for decades. Therefore, one cannot expect them to take a leap of faith and follow the digital banking structure. Hence, there is a need to build trust and follow a system. These challenges may portray that the future is bleak for digital banking. However, digitalization is a step towards modernization that has to be taken at some point in the near future. The traditional banking model might have worked for a few more years. But with customers and clients not wanting to waste their time, money, and effort on such things, the step towards innovation and modernization was imperative.

Digital Licensing Presents a Lucrative Opportunity
Digital banking has grown immensely in the western world. Now, it is ready for growth in Asia. And as the demand for it soars, the new digital banking partners are transforming traditional banking towards digitalization.

While digital banks are often startups, not all startup stories need to be profitable; some can also be failures. Thus, one must keep governance, regulations, funds, and other things in mind before moving towards this direction. Asia’s step towards digitalization began in 2015 with the Chinese companies. These businesses moved towards digitalization and expanded their regions slowly and shrewdly towards Hong Kong and other places. After the immense success of Chinese licensing partners, the Singaporean government went on the same tangent by 2019, with Malaysia, Thailand, and Pakistan following suit. As the market develops and the people gear up for this new change, there are different ways to tackle the obstructions. The first and foremost problem of the initialization stage is setting up the operations. As mentioned earlier, the acceptance rate for users to shift from traditional banking to digital banking is 42%; hence, the first issue to tackle is trust.

Moreover, the PWC survey on acceptance of digital banking in Singapore showed that around 99% of customers want to have a digital bank account while also having their primary account as the traditional one. Hence, it indicates that the customers in Singapore will keep the digital banks as their second account rather than their first one. These observations reiterate that the main challenge Singapore’s new digital banking sector will face is TRUST. A famous quote for such scenarios is, “Rome was not built in a day.” Similarly, you can not win the customers’ trust in a short span, especially when they have been using traditional accounts for decades.

The first step towards customer trust in Singapore would be to build a different value proposition than the traditional banks. This approach can put digital banks at the forefront to win the hearts of the new customers in Singapore. Firstly, digital banks can offer many items in exchange for customers’ funds, from lower interest rates to better coupons and gift cards. Providing clients with better returns on investments can encourage them to opt for digital banking. Digital banks can thus slowly convert customers from probable clients to full-time digital bank users.

Secondly, digital banks can provide competent services that help in differentiating them from their traditional counterparts. Customers wouldn’t even think about shifting from their traditional bank if the services were the same. The best way towards what the customer wants would be to conduct surveys. This strategy would help the new sector in becoming successful. Thus, as the companies venture into the new segment, they should have a long-run thought process rather than a short-term one. The initial benefits to the customers have to be bigger and better than the traditional banks, or at the least on par with them.

As stated, traditional banks and digital banks are of the same essence, with the only difference being transacting business online in digital banks. Hence, there might be customers who simply might not trust you based on what you say but rather on your performance in the initial stages. The first and foremost goal is to bag the customers’ trust and then provide operations and services similar to traditional banks or better to be at par with their brand value.

The Way Forward
Many factors are necessary to lead the emerging sector in Singapore —the right structure, best-in-class technology, reputed and loyal employees, a set workforce, a regulatory team of counselors, and much more. The path forward would be to innovate, digitalize and modernize with time. There might be many setbacks and opportunities to further the digital banking movement into evolving into a world-class sector. However, one cannot forget the importance of the proper foundation to have smooth and seamless business operations.

Other than this, it’s the age of the internet, where one is closer to a distant relative, friend, or loved one over a digital channel than other mediums. This fact means that users who have phones and use the internet are increasing rapidly. The recent Google report on its users in the region stated that the Southeast Asian hub in 2020 hit the number of 400 million Internet users. This extensive use of the Internet would generate $300 million by 2025. However, the bottom line remains the onset of globalization and moving across boundaries with the tap on your phone. It’s about going digital with locals! 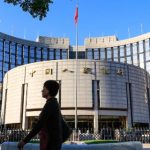 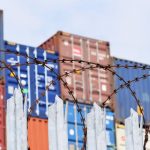 RCEP and its impact on global trade