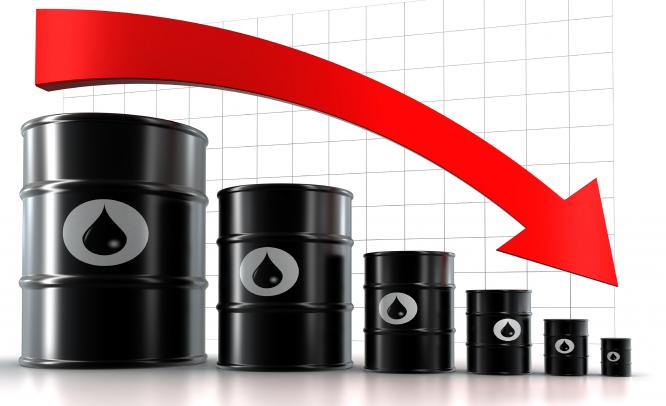 An analysis by the Corporates & Markets division of Commerzbank AG February 8, 2016: If the oil price slumps, the stock prices plunge: Cheaper oil is clearly now regarded as negative, unlike in earlier times. We assess whether the economic correlations have really changed. Our analysis shows that a falling oil price is not always an economic stimulus programme for the USA and Europe. Fears that...

An analysis by the Corporates & Markets division of Commerzbank AG

February 8, 2016: If the oil price slumps, the stock prices plunge: Cheaper oil is clearly now regarded as negative, unlike in earlier times. We assess whether the economic correlations have really changed. Our analysis shows that a falling oil price is not always an economic stimulus programme for the USA and Europe. Fears that slumping oil prices could push the Western economies into a recession are exaggerated though.

The pure observation that the oil price has fallen sharply tells us very little. To assess the consequences of a lower oil price it essentially depends on why it has fallen. An analysis must therefore start at the supply and demand conditions.

Demand shock: If the global economy cools, global demand for crude oil falls and its price drops at a given production level. Under these conditions, the lower oil price is bad news. Amid falling sales expectations, businesses will cut investment even if their input costs fall due to lower energy prices. The smaller burden on companies and consumers because of the lower oil bill will at best dampen the shock to the economy.

Supply shock: If on the other hand oil producers significantly expand their production at unchanged demand, the price likewise falls. In this case however, a positive effect on consumer countries can be expected. Companies can expect higher margins and should increase their investment. In a smoothly running economy, consumers will generally spend their savings at the filling stations on other things rather than save, provided they view the oil price fall as lasting.

Consequently, the verdict of “oil down, economy up” is not categorically true, but rather the classic answer of economists that “it depends”. And even if it is clear what type of shock the oil price reflects, the forecaster faces two more difficulties:

Oil price rises and falls have an asymmetric impact: Rising oil prices are a direct blow to businesses and private households. These have no immediate alternatives and the rising energy bill therefore directly reduces their financial scope. How businesses and private households  use spare  funds, though, is  not clear.  If,  for example, consumers use the financial leeway from lower oil prices for higher savings and not additional consumption, the lower oil price would have only a slight positive impact on the economy.

The behaviour of private households and businesses depends strongly on their expectations of how sustainable they view the oil price slide. If consumers believe that the oil price slump is short lasting and oil prices will recover quickly, like in the financial and economic crisis in 2008/09, they are more likely to save this unexpected gain1. If private households “learn” over time that the oil price will remain low on a lasting basis, they will change their behaviour and increase investment and consumption. In the USA, different reactions of consumers to oil price movements can be observed in the past decade. The second oil crisis of 1980 shows the clearest “classical” effect on consumption: consumers had to pay much more for fuel, real consumption slumped. As oil prices eased,  real  consumption  also  normalised  again.  In the further course of the 1980s a renewed oil price fall no longer had any impact on consumption and this generally continued up to the turn of the millennium. Consumers currently have to spend much less of their income at the service stations. Parallel to that, consumption has risen.

Producers are suffering a recession

For the industrial countries, a positive impact of an oil price slump can be established at most in the longer term, especially if the price fall is perceived as being lasting. On the other hand, the negative effect on oil producers is clearer. This is even visible in the USA, where corporate investment in oil production has almost halved in the last four quarters, which in purely arithmetic terms has lowered economic growth by half a percentage point. This strong reduction has been offset, however, by the rise in investment in other areas. In Q3 2015, investment in commercial construction and equipment came to 8.8% of GDP. The investment ratio has remained stable overall. In other words, this new theory that falling oil prices are clearly negative for the US economy cannot be proven either; the “recession” is limited to the oil sector.

The situation is worse in countries that mainly live from oil production, for instance the OPEC states or Russia. This even applies to the richest member of the “oil club”, Saudi Arabia. The economic output of the country, accounting for over an eighth of global oil production, depends on the oil price and reflects its movements. The rise of oil prices eased after the first oil price crisis in 1973, while oil prices fell from the mid-1980s. Parallel to this, real economic growth weakened considerably in the second half of the 1970s and the Saudi Arabian economy actually shrunk by up to 10% in the 1980s. Only with the recovery of oil prices after the turn of the millennium has Saudi Arabia’s economic growth recovered on a sustained basis. It is therefore indisputable that Saudi Arabia’s economy will come under noticeable pressure again in the latest oil price slide.

What applies to Saudi Arabia also holds true to other oil producing countries, which do not have as deep pockets as the Kingdom on the Persian Gulf. The Russian economy has not been able to reduce its dependency on oil any more than the OPEC states have.2 The economic difficulties facing the country are also very apparent from the huge depreciation of the rouble in past months.

What are the consequences for the global economy?

OPEC and Russia are sales markets for German and US exporters. The importance of these markets should not be overestimated though, as they account for only 5% of the total exports of the USA and less than 6% of German exports. Even if US exports to these oil countries were to halve – a drastic and very unlikely scenario – this would be only 0.2% of US GDP, which would be within the bounds of normal estimation uncertainty.

From a holistic perspective, the importance of oil for the global economy has declined in any case. Before the first oil crisis in 1973, oil consumption of industrial countries rose in line with economic output. The following drastic rise in the price of oil triggered substantial improvements in efficiency and the restructuring of economies. Consequently, oil consumption and economic output have decoupled themselves since 1980. By way of example, oil consumption and real GDP in the US both rose by 220% between 1949 and 1979, while between 1980 and 2014 oil consumption increased by only 12% and GDP by almost 150%. A similar picture can be seen for Germany and the rest of the world.

Financial market risks of US fracking industry are limited

The real economy may therefore be better protected from oil shocks than in the past. But what about the financial markets? Indeed, oil has become an important asset class. One type of “oil assets” is the bonds US shale oil firms issued to finance their rapid. Could a financial collapse of this sector like in 2007 trigger a global financial and economic crisis? After all, some 15% of high-interest bonds (“Junk Bonds”) are in the energy sector. However, compared to the total market for corporate bonds, the volumes of this asset class are relatively low.

Turning to equities, in the S&P-500, energy stocks have a weighting of 6.4% and large and capital-strong companies dominate, not start-up oil “frackers”. Regarding assets under management by investment funds, stocks from the energy sector comprise only 1¼% of the total stocks under management. Of the bonds managed by investment funds, the share from the energy sector is less than 3%.

There is still a certain residual risk though; presumably no financial shocks can trigger a herd instinct, precisely when investors react sensitively in a fragile global economic environment like the current one. This applies all the more when individual banks with strong involvement in the oil sector slide into difficulties.

In short, if there’s a fire, then not at the oil well

The global economy will hardly slip up on oil. The attention currently being paid to the oil price can therefore only be attributed to its function as a weathervane. The slump of oil prices might indicate global economic problems that have not yet been reflected in the usual economic data. This would make the oil price merely a symptom of the crisis; the actual cause would lie elsewhere.

[1] In other words, their expectation of permanent income has not changed.

[2] In the case of Russia, the consequences of the Crimean crisis have also harmed the economy, although the slump in oil prices was probably much more painful than all Western sanctions. 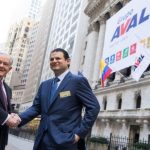 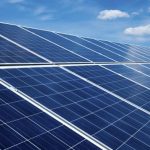