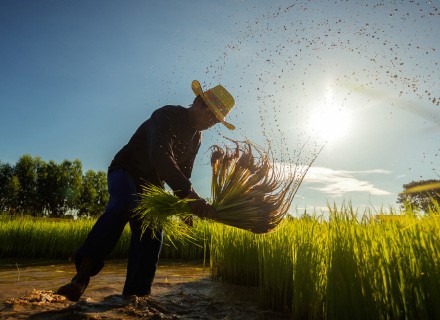 According to data from the US Department of Agriculture, South, Southeast, and East Asia together produce and consume more than 80% of the world's rice

Due to Russia’s invasion of Ukraine, the food prices have increased worldwide, but the situation is less grim in Asia because of the rise.

Following successive bumper crops, rice has become a rare food item that is typically less expensive in 2022 than it was in 2021. That is great news for the billions of people who live throughout Asia, from India to Thailand, Vietnam, and Japan, where the grain is a common staple. According to data from the US Department of Agriculture, South, Southeast, and East Asia together produce and consume more than 80% of the world’s rice.

By contrast, as Ukraine is a significant supplier of these essential commodities, the supply of wheat, corn, and vegetable oils have been hampered by the conflict. People that eat mostly bread, like those from Egypt and Lebanon, have been particularly hit hard. At the same time, higher prices of gas, animal feed, and fertilizer have made products like soy and chicken more expensive, contributing to growing world hunger.

According to preliminary data from the Asian Development Bank, at just 4%, inflation in developing Asia in May was around half the rate in the US and Eurozone and about a quarter of the rate in Latin America and sub-Saharan Africa. The bank attributed the relatively low inflation in part to stable rice prices.

As of mid-June, global corn and wheat prices were 27% and 37% higher, respectively, than in January. Rice prices were about 17% lower, according to the World Bank.

This year’s crop is expected to be nearly as large at 520 million metric tons. Ukraine isn’t a significant exporter of rice, so the supply of the grain isn’t directly affected by the war.

Sharif Bukhari, who runs a restaurant in New Delhi, India, selling biryani, a rice dish, says the high cost of bread means he is increasingly eating more rice at home. Before wheat prices rose, the family would often buy naan flatbread or flour to make unleavened pieces of bread.

In the Philippines, Jennifer Jasme, a customer-service agent, says her family is dining out less in favor of simple home-cooked rice meals. Unlike prices for beef and chicken, the price of the brand of rice she buys hasn’t changed, Jasme said.

According to FAO, Iran and Iraq have accelerated purchases of rice from abroad. African countries are expected to import 10% more rice this year to an all-time high of 19.4 million metric tons, the organization says. In Vietnam, farmers are using cheap rice to feed pigs that would otherwise gobble corn and wheat.

Another challenge is the high import duties some countries impose on grains, including rice, to support domestic production. In Uganda, for instance, authorities regularly intercept rice being smuggled on trucks covered with sand, concealed alongside cement, or hidden in bags of sugar.

There is one more factor limiting the global uptake of rice: Even when prices rise, people are attached to the grains they grew up eating. “You wouldn’t make a carbonara with basmati, would you?” said Shirley Mustafa, a Rome-based rice economist with the FAO.

That’s less of an issue in Asia. India, the world’s second-largest rice producer after China, has added more rice in place of expensive wheat to its subsidized grain-distribution program. The exceptions are states in northern India where bread is the main staple. “They will continue to get wheat,” Sudhanshu Pandey, secretary of India’s Department of Food and Public Distribution said.

In May, India joined many other countries in restricting wheat exports to shore up domestic supply. Rice continues to be exported freely, on the back of large surpluses.

Low rice prices could affect long-term supply. A recent survey by Japan’s agriculture ministry found more rice farmers are planning to shift to growing wheat and soybeans. On Indonesia’s Java island, farmer Nur Hadi says that with rice fetching low rates, some farmers are switching to planting peanuts and tomatoes. The price of fertilizer is rising, but the price of rice isn’t going up, it’s actually going down,” he said.

Global rice price by country
Global rice exports were estimated at 46 metric tonnes in 2020, rising by 10% from the previous year. In value terms, supplies expanded notably to $25.2 billion, IndexBox estimated.

In value terms, India ($8 billion) remains the largest rice supplier worldwide, comprising 32% of global exports. The second position in the ranking was occupied by Thailand ($3.7 billion), with a 15% share of global exports. It was followed by Vietnam, with an 11% share.

The ministry asked the National Board of Revenue (NBR) to take necessary steps to prevent them from exporting rice. The commerce ministry had earlier allowed 41 companies such as Square, Pran, ACI, Ispahani, and Citi groups to export a certain amount of aromatic rice till December 2022.

Following the ban, the companies that have not yet exported within the approved quota will no longer be able to ship, officials at the ministry told the Business Standard. Square Group had received approval to export 3,000 tonnes of aromatic rice this year. Owing to the government’s latest decision, the company will not be able to ship the amount it had planned to do so till December 2022.

According to the export policy order, the export of rice from Bangladesh is prohibited. However, there was an opportunity to export aromatic rice with the prior approval of the commerce ministry.

In this context, different corporate groups and businesses were exporting fragrant rice to about 136 countries including the United Arab Emirates (UAE), Europe, America, the United Kingdom, Malaysia, Singapore, Brunei, and South Korea.

Bangladesh started exporting aromatic rice from fiscal 2009-2010 by shipping 663 tonnes that year. In the following years, the volume of exports increased to 10,879 tonnes in fiscal 2019-20.

Exports fell slightly to 9,517 tonnes in the last fiscal year due to the COVID-19 pandemic. The food ministry said the price of rice in the country’s market has been rising since 2020 due to the pandemic. And it fluctuated at different times, reaching its highest point in October of that year, and remained unchanged until December.

From the beginning of 2021, the prices of all types of rice had been rising again and in November-December, the price of coarse rice stabilized. But the price of medium, fine and aromatic rice is constantly rising.

The food ministry further said that the monitoring activities of the local administrations, as well as field-level officials of the food directorate, are continuing to keep the market price of rice under control.

Besides, the Directorate of National Consumers’ Right Protection is also conducting operations on a regular basis. Even then, the market price of aromatic and fine rice is on the rise.

Last year, the price of Chinigura, Kalijeera, and Kataribhog rice varieties was Tk70-80 per kg in the local market. The price of these types of rice has increased by about 70% in one year and now it is being sold at Tk120-130 per kg.

The government carried out nationwide operations to control the market price of rice and found excessive stocks of paddy in the warehouses of different companies such as Square, Akij, ACI, Citi, and Pran groups. Of these, the administration found 5,140 tonnes of aromatic paddy in a warehouse of Square Group in Dinajpur, sealed it, and filed a case against the company.

Square Group later said in an application to the commerce ministry that it had the approval to export 3,000 tonnes of aromatic rice by next December. Moreover, it also markets aromatic rice under the brand name “Chashi” in the local market.

Anjan Chowdhury, managing director of Square Food and Beverages Limited, fears that the aromatic rice will lose its market due to the export ban. Both export and production of aromatic rice have increased in Bangladesh.

However, the demand for this rice has also gone up in the local market as the purchasing power of the people of the country has increased. The use of aromatic rice is also increasing in making various types of fast food items as well as polao, finni, pitha, payes and khichuri. Food Minister Sadhan Chandra Majumder has blamed the corporates for the rise in the price of aromatic rice in the country.

He said the crisis was created in the open market after the companies bought and stocked the entire paddy from the market. Cashing in on the opportunity, the companies sell the rice at high prices by packaging it.

Criticising the government’s decision, Md Shah Alam, president of the Bangladesh Rice Exporters Association, told the Business Standard, “The decision to stop the export of aromatic rice is suicidal. Because no one in the country eats it as the main food” 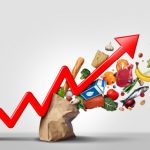 Prices rise: What people are cutting back on to save money?