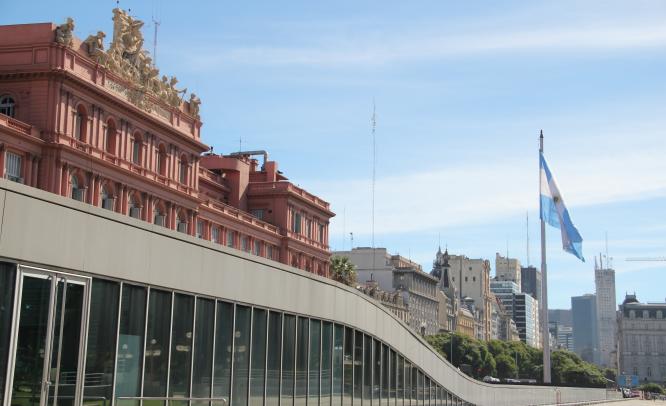 The 170-page ruling sided with the European Union, the United States and Japan who complained to the WTO in 2012 over Argentina’s licensing requirements.

Its Advance Sworn Import Declaration requires companies to secure the Argentine authorities’ approval before importing goods. This violates the General Agreement on Tariffs and Trade, which calls for automatically granting licenses to importers.

Argentina’s set of trade measures “constitutes a restriction on the importation of goods,” reads the WTO ruling. It “modifies the conditions of competition in the Argentine market, so that imported products are granted less favorable treatment than like domestic products,” it concludes.

The WTO panel of independent arbitrators was set up in January 2013 after Argentina and its trade partners failed to reach an amicable agreement.

“This case sends an important signal that protectionism is not acceptable,” said the European Union Trade Commissioner Karel de Gucht.

Argentina’s vice-minister of the economy Emmanuel Álvarez Agis said that the country would appeal the WTO ruling “immediately”. The state has 60 days to decide whether to appeal it or not.

“We will continue to protect our industry and try to export to as many markets as possible,” he explained. Argentina’s borders are “not closed to commerce but carefully cared to protect businesses,” he added.

Curbing imports has hindered foreign trade, especially for the United States and the European Union.

In 2013, the United States’ exports to the South American market totaled US$10.2 billion, down 0.7% or US$67 million, from 2012, according to data of the Office of the United States Trade Representative.

The European Union is Argentina’s largest trade partner after Brazil. It accounted for more than 16% of the country’s total trade in 2013.

No Apple or Barbie dolls for Argentinians

Since 2011, Cristina Fernández de Kirchner’s government has imposed more “harmful” trade limitations that any country in the world, according to Global Trade Alert, a platform monitoring restrictions on international trade.

The South American state enacted 121 trade barrier policies in 2011 compared to 119 for Russia and 88 for the United States.

Argentina fostered an import substitution model to protect the national economy, reduce trade deficits and create local jobs. The president hopes to replace 45% of imports with locally made products by 2020.

The 10th “EU Report on Potentially Trade Restrictive Measures”, released in September 2013, set out that Argentina, along with Brazil, Russia and Ukraine, has applied the heaviest tariff increases since 2008.

Brazil has accounted for more than one-third of restrictions related to government procurement, followed by Argentina and India. The report also indicates that there has been a “sharp increase” of measures applied directly at the border.

Protectionist policies that Argentina implemented include non-tariff barriers such as quotas (i.e. limitation on the import and export of certain goods for some time), import permits (i.e. blocking the entry of imported products), tax breaks and preferential access to loans for Argentine products and non-automatic import licensing (i.e. linking imports to compliance with specific criteria), among others.

In the agricultural sector, for instance, the government has impeded export of meat, dairy products, corn and wheat to boost the domestic market. On August 21, Argentina decided to restrict beef exports for 15 days to thwart the surge of prices in the country.

Argentina has failed to promote exports due to policies such as “taxes or export duties […] and the lack of credits to export,” explains Sebastián Auguste, Director of the MBA program at Torcuato Di Tella University in Buenos Aires.

He also refers to “the passivity of the government to foster the integration of our products, tax burden making products less competitive, and finally the inconsistent handling of the exchange policy”.

For example, the Argentine government announced in January 2011 that 600 industries needed import licenses so as to limit and slow imports.

Other protectionist policies include requiring firms seeking to import foreign products to export the same amount of Argentinian-made products.

In addition, exports are linked to promises of investments. German carmaker Porsche was forced to commit to purchasing Malbec wine and olive oil in return for exporting about 100 cars to Argentina.

As part of its “buy local” policy, Argentina introduced a “foreign exchange trap” to restrict its citizens from buying foreign currency. Since August 2012, they have to pay a 15% tax when using their credit cards abroad in order to impel local consumption.

The country that once was the 10th wealthiest nation in the world has therefore become less competitive.

The World Economic Forum’s “Global Competitiveness Report 2013-2014” ranks Argentina 104 out of 148 countries. It points out that inflation, foreign currency regulations, corruption, access to financing and inefficient government bureaucracy are the most problematic factors for doing business in Argentina.

The country’s business partners “as well as [national] companies have slowed their investments [in the country] until the next government implements [more liberal economic policies],” says Carlos Gonzalez Botana, Director at Agrosud, a brokerage company for agro-industrial products based in Buenos Aires.

Foreign direct investment in Argentina from 2009 to 2013 stood at US$9 billion compared with US$80 billion for neighbouring Brazil, according to the World Bank.

“It is impossible for Argentina to comply now the [WTO] verdict and free its imports. So, it will seek to appeal to gain time,” says Mauricio Claverí, Coordinator of Analysis on Foreign trade at abeceb.com, a consultancy in Buenos Aires.

“After more than a year, which is how long the appeal can last, if [Argentina] does not adjust its trade policy, it might face the retaliation of the claimants [who] represent 36% of national exports,” he adds.

If so, the European Union, the United States and Japan could settle the conflict with the WTO’s dispute settlement body.

From Buenos Aires’ standpoint, if it conforms to international trade rules, it will be compelled to have the same economic strategy for all commercial partners. It could not favour the main ones – Brazil and China.

In any case, “we will not see a visible impact of this verdict on the national economy for the rest of the year nor the main part of 2015,” says Mr. Claverí.

Falling from Charybdis to Scylla

In reality, Argentina has to open up its economy to avoid being further marginalised in international markets. The WTO’s ruling comes a few weeks after the country was declared in selective default for the eighth time in its history.

Last week, a court in the United States ruled “illegal” Argentina’s exit plan to pay its debt. The nation is battling with North American investment funds because it failed to pay its US$1.5 billion debt on July 30.

As Buenos Aires is a pariah of international capital markets and suffers from a shortage of dollars, it relies on exports to finance its imports.

“A country is like a company: it should buy and sell. Let’s not forget that Argentina is in a very delicate [economic] situation,” explains Mr. Botana.

The economy is in recession with a 10.9% inflation since January 2014, the devaluation of the peso since the beginning of the year, declining consumption and investment, and rising unemployment rate.

The economic outlook is gloomy as well.

By the end of the year, Argentina should register a drop in exports of nearly 10% (reaching US$74 billion) whereas Latin America’s exports should rise by 5.1%, according to estimates of Abeceb.com. The trend should persist in 2015 with a 2% fall in exports.

The consultancy also forecasts that Argentina will have in 2014 the biggest budget deficit of the last 30 years due to its interventionist monetary policy.

Jorge Capitanich, Chief of the Cabinet of Ministers, acknowledged earlier this month that the country faces difficulties to export.

There is hope, however, that a newly elected government in October 2015 will curtail Argentina’s heavy-handed trade restrictions.

“The next government has much to do, starting by promoting exports, reducing the tax burden, stimulating investment and taking a more consistent exchange rate policy,” says Mr. Auguste.

“I would start by improving [Argentina’s] profile as an exporter and then develop a more consistent policy on imports,” he adds.

Mr. Botana explains that the next government should also freeze public spending and advance clear investment policies to prop up the economy.

“It does not matter if this is a government from the left, the right or the centre, what it needs is a long-term national policy with clear objectives of growth and commercial exchange with the rest of the world,” he says.

Another Story: Poverty keeps growing in Buenos Aires as Argentina wakes up in default 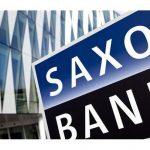 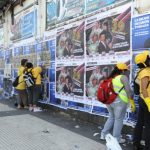