Inspired by its first launch in Spain, the company plans to explore new European markets for better reach, like its counterparts

The company opened its first Mi store in Barcelona. According to Reuters, Senior Vice-President Xiang Wang said, “For the first time in Xiaomi history, we launched products to cover all three channels.”

Spain being its first market in Western Europe, Xiaomi grew faster because of its tech popularity among young fans active on the company’s MIUI forum. The forum is an online community developed to discuss latest news and updates.

The company showcased its products at Mobile World Congress 2018. “They give us feedback, even in product development,” Wang said.

India has also been Xiaomi’s top market for three-and-a-half years now. Besides smartphones, other devices such as rice cookers have been introduced in Russia and Poland. “We have some ideas, we always want to find a market where a lot of fans already know us. And markets should be active enough, big enough,” he added. 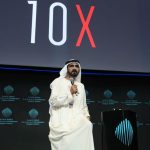 Dubai 10X refreshes blockchain use in a world-first project 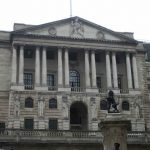 Expert insights on The Bank of England cryptocurrency regulation