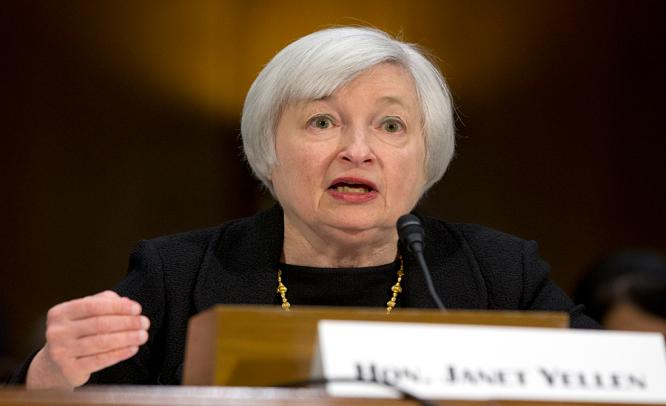 The Federal Reserve under the new chairman reduces stimulus by another 10 bn, brings it down to $45 billion, and says economic activity is picking up, reports Team IFM Washington, May 2: The Janet Yellen-headed US Federal Reserve has decided to continue with predecessor Ben Bernanke’s tapering policy despite unattractive first quarter growth numbers, announcing on Wednesday it would further reduce stimulus by another $10...

The Federal Reserve under the new chairman reduces stimulus by another 10 bn, brings it down to $45 billion, and says economic activity is picking up, reports Team IFM

Washington, May 2: The Janet Yellen-headed US Federal Reserve has decided to continue with predecessor Ben Bernanke’s tapering policy despite unattractive first quarter growth numbers, announcing on Wednesday it would further reduce stimulus by another $10 billion to $45 billion a month on the ground that “growth in economic activity has picked up”.

“Information received since the Federal Open Market Committee met in March indicates that growth in economic activity has picked up recently, after having slowed sharply during the winter in part because of adverse weather conditions,” the Fed said in a statement after a two-day meeting on interest rate policy.

“Labour market indicators were mixed but on balance showed further improvement,” it added. The monetary authority also emphasised that the benchmark interest rates will remain low for a “considerable” period of time.

Wednesday’s cut is the fourth reduction to quantitative easing, and pares down the Federal Reserve’s monthly bond purchases to $45 billion. In total, it has reduced bond purchase by $40 billion.

This was also the Fed’s second cut with Yellen in the chair, the last time being on March 19, when an identical $10 billion cut was announced.

At her last meeting, Yellen had admitted economic activity had slowed down, and had cited the harsh winter months as the reason. This time, she decided to brush aside the dismal annual growth of 0.1 percent that the US economy registered in the first quarter, saying spending seemed to be “rising more quickly”.

The tapering move is part of an ongoing programme decided on December 18 under Bernanke’s chairmanship to whittle down monthly asset purchase to stimulate the economy. Yellen had defended the decision across platforms in the run-up to her succession in January.

The programme is expected to end in October.

“What the Fed is saying is ignore this first quarter numbers, it’s not reflective of the underlying strength of the US economy,” Phil Orlando, Chief Equity Market Strategist at Federated Investors in New York, told wire service Reuters.

The following is the full statement of the FOMC following the two-day meeting:

“Information received since the Federal Open Market Committee met in March indicates that growth in economic activity has picked up recently, after having slowed sharply during the winter in part because of adverse weather conditions. Labour market indicators were mixed but on balance showed further improvement.

“The unemployment rate, however, remains elevated. Household spending appears to be rising more quickly. Business fixed investment edged down, while the recovery in the housing sector remained slow. Fiscal policy is restraining economic growth, although the extent of restraint is diminishing. Inflation has been running below the Committee’s longer-run objective, but longer-term inflation expectations have remained stable.

“The Committee sees the risks to the outlook for the economy and the labour market as nearly balanced. The Committee recognizes that inflation persistently below its 2 percent objective could pose risks to economic performance, and it is monitoring inflation developments carefully for evidence that inflation will move back toward its objective over the medium term.

“The Committee currently judges that there is sufficient underlying strength in the broader economy to support ongoing improvement in labour market conditions. In light of the cumulative progress toward maximum employment and the improvement in the outlook for labour market conditions since the inception of the current asset purchase program, the Committee decided to make a further measured reduction in the pace of its asset purchases.

“The Committee’s sizable and still-increasing holdings of longer-term securities should maintain downward pressure on longer-term interest rates, support mortgage markets, and help to make broader financial conditions more accommodative, which in turn should promote a stronger economic recovery and help to ensure that inflation, over time, is at the rate most consistent with the Committee’s dual mandate.

“The Committee will closely monitor incoming information on economic and financial developments in coming months and will continue its purchases of Treasury and agency mortgage-backed securities, and employ its other policy tools as appropriate, until the outlook for the labour market has improved substantially in a context of price stability.

“If incoming information broadly supports the Committee’s expectation of ongoing improvement in labour market conditions and inflation moving back toward its longer-run objective, the Committee will likely reduce the pace of asset purchases in further measured steps at future meetings.

“However, asset purchases are not on a preset course, and the Committee’s decisions about their pace will remain contingent on the Committee’s outlook for the labour market and inflation as well as its assessment of the likely efficacy and costs of such purchases.

“To support continued progress toward maximum employment and price stability, the Committee today reaffirmed its view that a highly accommodative stance of monetary policy remains appropriate.

“In determining how long to maintain the current 0 to 1/4 percent target range for the federal funds rate, the Committee will assess progress – both realized and expected – toward its objectives of maximum employment and 2 percent inflation.

“This assessment will take into account a wide range of information, including measures of labour market conditions, indicators of inflation pressures and inflation expectations, and readings on financial developments.

“The Committee continues to anticipate, based on its assessment of these factors, that it likely will be appropriate to maintain the current target range for the federal funds rate for a considerable time after the asset purchase program ends, especially if projected inflation continues to run below the Committee’s 2 percent longer-run goal, and provided that longer-term inflation expectations remain well anchored.

“When the Committee decides to begin to remove policy accommodation, it will take a balanced approach consistent with its longer-run goals of maximum employment and inflation of 2 percent.

“The Committee currently anticipates that, even after employment and inflation are near mandate-consistent levels, economic conditions may, for some time, warrant keeping the target federal funds rate below levels the Committee views as normal in the longer run. 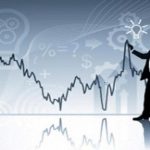 As Demand Improves, Time to Focus More on Supply 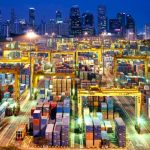