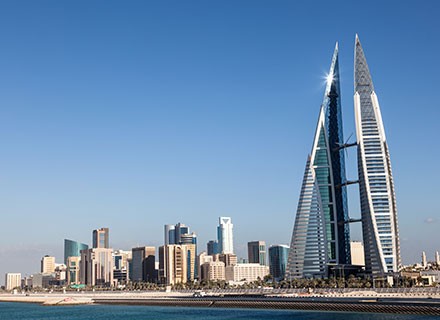 The Kingdom of Bahrain is recognised as a global leader in Islamic finance. It in fact has the ‘highest concentration of Islamic finance institutions in the region’—which play a pivotal role in serving the domestic market, individuals and trade and commerce. In December 2018, there were 382 institutions and 98 retail banks registered in the Kingdom’s banking sector. Currently, there are around six retail Islamic banks in the Kingdom and around 15 wholesale Islamic banks.

It is notable that the Kingdom was the first to allow its central bank to issue sukuk. Over the years, the Kingdom has established itself as a frequent issuer of dollar-denominated and local currency sukuk offerings. In short, the Kingdom is widely known for its comprehensive regulatory regimes for shariah-compliant activities in the world. For the Kingdom, it is important that Islamic banks are licenced by the Central Bank of Bahrain and must carry out three important functions. First: The banks must accept shariah money placements or deposits. Second: The banks must manage shariah profit-sharing investment accounts. Third: The banks must offer shariah financing contracts.

The reason for the industry’s growth is sukuk issued by Bahrain. It is in fact one of the compelling factors in pushing the Kingdom to the forefront of developing Islamic finance in MENA. With global issuance since its introduction surpassing $1 trillion in 2018, the Kingdom strictly regulates the industry which guarantees transparency and trust among investors. The industry and the ecosystem at large are constantly shaping up driven by innovation. Last year, Refinitiv found that Bahrain has recorded a $2.2 billion increase in sukuk issuance from $6.4 billion in 2018 to $8.6 billion in 2019. However, sukuk issuance has come down significantly in 2020 on the back of the protracted pandemic. At a global scale, S&P expects the volume of sukuk issuance to reach $100 billion in 2020 compared to $162 billion in the previous year.

Sharia-compliant crypto exchange is a game-changer
Today, digital innovation is disrupting every industry. Financial technology has brought gargantuan changes when in banking and finance. Experts believe it is fintechs who will bring in a revolutionary change in the Islamic finance industry—and the Kingdom might be the first to witness the transformation. A survey by General Council for Islamic Banks and Financial Institutions in 2018 showed that over 70 percent of the respondents who are managers in the Islamic finance sector regard fintech as an important factor in making strategic financial decisions.

The IFDI report highlighted fintech as a key driver of the Islamic finance industry. According to the report, regulators in markets such as Malaysia and the Kingdom are exploring the possibility of crypto assets. Since the pandemic, many have also called for reforms and investment in technology when it comes to Islamic finance in the Kingdom. It already has the region’s first sharia-compliant cryptocurrency exchange called Rain, which was the first graduate from the Central Bank of Bahrain’s Fintech Regulatory Sandbox. Even though acceptability of cryptocurrencies as an Islamic financial tool might be controversial, the Kingdom is perceived to have embraced it. The altcoin Lumens (XLM) was also licenced by the Central Bank of Bahrain after it was found out to be Sharia-compliant by the Shariyah Review Board. It is the sixth largest cryptocurrency in the world with a market cap of more than $4 billion.

Asset quality risks are observed for Islamic banks
The coronavirus pandemic is expected to impact the profitability of Islamic banking. The pandemic has resulted in an increase in asset quality risks for Islamic banks in the Kingdom. According to the CBB Statistical Bulletin, the asset quality ratio for Islamic retail banks deteriorated as their non-performing facilities (NPF) ratio increased from 9.5 percent in the fourth quarter of 2018 to 10.4 percent during the same period in 2019. Experts believe there is a probability that the deferment of loan payments will positively impact the asset quality of banks in the short run. However, in the long-term, the Islamic banks are likely to witness an increase in NPF if the coronavirus continues to disrupt economic activities over a longer period of time. This could subsequently impact the ability of companies to meet their financial obligations due to subdued demand.

Even credit ratings agency S&P Global Ratings predicts the Islamic banking industry to experience a drastic drop in revenue for 2020 with a slowdown in activities. It has resulted in a reduction of fee-based activities offered by Islamic banks. These include bank transfer service, commissions for issuing Islamic credits and safe custody services. This is worrying for the banks and if the crisis further unfolds, it could lead to prolonged disruptions in the banking industry The pandemic will also have an impact on remittances coming into the Kingdom.

Where is the industry heading next?
It is a known fact that the pandemic combined with depleting oil prices and oil price war have changed the outlook for the Kingdom’s Islamic finance industry. In the big picture, the global Islamic finance industry lacks a set of standards acceptable to all stakeholders. In this regard, the United Arab Emirates Ministry of Finance, the Islamic Development Bank, and the Dubai Islamic Economy Development Centre (DIEDC) have come together to establish an international legislative framework for Islamic finance. The aim of this framework is to accelerate growth within the industry and reduce discrepancies globally.

S&P said in a report that the global Islamic finance industry will return to slow growth between 2020 and 2021 after strong performance in 2019. The growth will be led by the dynamic sukuk market in the Kingdom as well as the adoption of new technology. The industry has witnessed strong growth so far in the last five years, with the market reaching a $2.4 trillion valuation. However, come 2021 and the growth will stagnate. Prior to the pandemic, the market was poised for another year of significant growth—but the current context first highlights the need for digitalisation in Islamic banks to propel future developments. 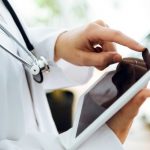 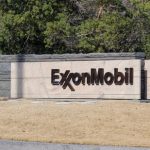