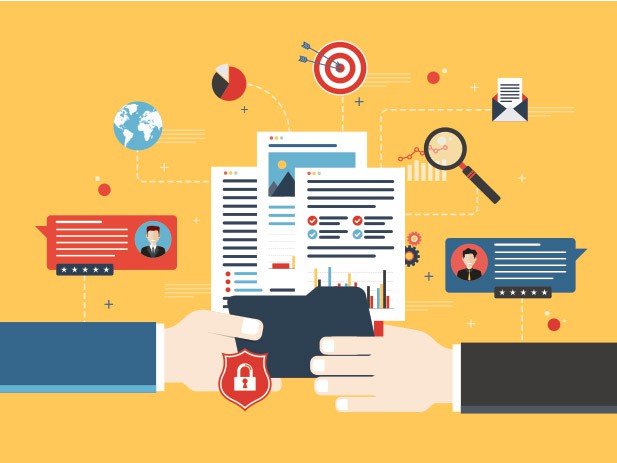 Open banking has paved the way for more data sharing, which is the foundation upon which technology mavericks have built their success story upon. So is it time for challenger banks to adopt inventive strategies to enhance their value among customers?

London has long been known as an international centre of fintech innovation. In fact, the UK Treasury recently announced its commitment to the sector by launching its first ever Fintech Sector Strategy – a comprehensive plan designed to build on the nation’s existing credentials as a global player in the financial technology industry. This announcement comes in the wake of the eagerly anticipated regulatory compliance measure, the Second Payment Services Directive (otherwise known as PSD2) which came into force on January 13, 2018.

The regulation, requiring banks to open up their payments infrastructure and customer data assets to third-parties, has made way for a wave of layer companies – that sit between a user and their bank account – to use this data to create a host of new information and user-experience-focused products and services. This has helped lower the barrier to entry for firms operating in the sphere. And with this more agile environment, we’ve seen a huge increase in the number of businesses working to optimise the way that consumers and businesses interact with their banks. Indeed, public statistics to date suggest that these initiatives have been largely successful.

Whilst it may be too soon to deem PSD2 an outright victory in its ability to boost innovation, studies have shown that UK financial services firms registered a record number of trademarks in the last year alone. The growing number of fintech firms are joining challenger banks to offer an upgrade in user-experience to customers of traditional banks in the hopes of luring them away from accounts with one of the ‘big nine’. One cannot help but wonder… should the big banks be worried?

It’s also important to note that banks are no longer exclusively competing against each other.

Over the past decade, technology giants like Amazon, Google, and Netflix in particular have worked to revolutionise customer experience. From real-time location-based travel insights to two-hour delivery times, data-sharing has made services previously thought of as impossible, a reality. Whilst all have looked to value-added services to bolster customer engagement and ultimately up their user-acquisition rates, their use of subscription-powered services has worked to strengthen their bottom line and ultimately, power their growth.

Here’s what banks can learn from Netflix which has successfully adopted this new way of doing business:

Enhance the use of data to support product development

The meteoric success of Netflix has been attributed to an array of factors. But the prevailing victor has consistently been their ability to leverage customer data from subscriber IDs to provide personal experiences. By establishing a subscription-based business model, each user is constantly providing the platform with valuable insights on viewing habits. In essence, the experience from their service is built around a user’s identity. Rather than simply storing this information, the company famously uses it to improve content production, distribution, and event marketing decisions.

The sheer amount of customer data that financial institutions hold, whilst incredibly sensitive, has the potential to be used to great effect. An existing example of this can be found in challenger bank, Monzo, which recently eclipsed £250 million in spend via its app. The mobile-first bank works to categorise users spending to provide them with a detailed report of their consumption habits at the end of each month.

By processing this data in a meaningful way, Monzo demonstrates its value to its user base. Monzo’s ability to show what it can do beyond pure functionality as a payments provider not only gives consumers something they otherwise wouldn’t have had access to, but also gives a glimpse of the overall strategic vision of the company.

Over the past 20 years, whether it’s been through the introduction of a mobile application or simply the advent of telephone banking, retail banks have sought to reduce branch interactions. Designed to be more convenient for customers, it can in fact have the opposite effect. Whilst we often to prefer to message brands via social media channels, 42% of consumers expect a response to their query sent within 60 minutes, and 24% believe they should hear back in half that time. With businesses today ecruing followers and subsequently messages in their tens of thousands, meeting these kinds of customer expectations simply isn’t possible.

A recent survey from leading consumer body Broadband Subscriber Survey found that 92% of consumers often stay loyal to companies that resolve queries quickly and effectively, with some even choosing to up their spending. This focus on customer contact has been capitalised on by artificial intelligence-powered fintech firm Cleo, which recently announced the closing of its £2 million funding round. The company has created a chatbot that analyses spending habits to provide recommendations to aid customers in reaching specific savings goals. In providing this tailored level of service, Cleo has been able to convert its customers into loyal brand advocates that take to social media to profess their admiration for the app that helped them to save for holidays and pay off credit cards.

The 2008 financial crisis had a huge impact on customers’ trust in larger retail banks and financial institutions. The damage done here has made it more important than ever for banks and fintech providers alike to succeed at effective customer communication in order to broker meaningful, and less transaction-led relationships with customers.

Over and above the capacity to add value and build loyalty through meaningful customer interactions, the new era of banking stands to give financial institutions the ability to create entirely new revenue streams.

If we explore the purely financial side of Netflix’s success, its recurring revenue-based model provides the company with a reliable stream of income, and the ability to scale its offering to include optional ‘bolt-ons’. By pricing unlimited access to subscribers at different levels based on the number of devices, or users per account, the company can tier its customer-base and employ a different range of acquisition strategies to reach critical mass.

Whilst banking institutions won’t be able to suddenly charge fees for services that its customers have grown accustomed to over the years, they can, under PSD2, work with an array of layer companies to provide optional ‘bolt-on’ services that seek to take customer experience to an entirely new level.

Despite the varying ways Netflix seeks to maximise on customer engagement, whilst diversifying its revenue streams through the addition of non-financial added-value services, the company’s intelligent use of its subscriber data has worked to entirely overhaul the way that customers interact with technology platforms. By creating a valuable product that’s entirely personalised and scaled based on usage, the company has risen to become one of the most-loved brands in both the UK. In order to strengthen their reputations with millennial audiences and use the latest in regulatory measures to their market position, large financial institutions need to apply a truly data-lead strategy and work in cohesion with, and not against, changing consumer habits. 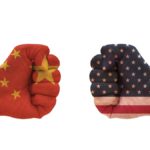 USA China battle it out on economy 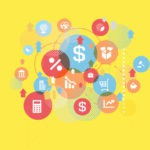