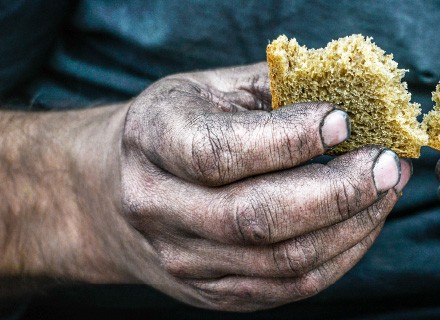 The world is facing a surge in economic inequality accelerated by COVID-19 and exacerbated by the impact of the war in Ukraine. Governments need to initiate urgent change to tackle extreme poverty and narrow the gap between rich and poor, laying the foundations for a more equal and sustainable future.

The numbers reveal the extent of the problem. The richest 10% of the world population owns 76% of the wealth, while the poorest half owns just a sliver, according to the World Inequality Lab. Global economic inequalities are now as extreme as they were at the peak of Western imperialism in the early 20th century, the Paris-based research group says in a report.

The pandemic wiped out years of progress in reducing poverty and caused economic inequality to spike. The world’s 10 richest men have doubled their fortunes since the global health emergency began, while the incomes of 99% of humanity are worse off as a result, according to Oxfam. More than 160 million people have also been pushed into poverty, the UK charity estimates.

According to International Monetary Fund Managing Director Kristalina Georgieva, Russia’s war in Ukraine has also deepened the gloom. Beyond the battlefield, the conflict has upended commodity markets and global supply chains, driving up the prices of energy and food. For developing countries that are highly dependent on fuel and food from Russia and Ukraine, the impact of the war has been devastating. “To put it very simply, a war in Ukraine means hunger in Africa,” she said.

How the pandemic has fuelled inequality

The impact of COVID-19 has been much worse for those on lower incomes. Your level of income is a stronger indicator of whether you will die from COVID-19 than age, with the poorest people, women and racialized and marginalized groups hit hardest. And this in turn has compounded existing health inequalities: McKinsey data shows 3.4 million black Americans would be alive today if their life expectancy, worsened by COVID-19, was the same as their white peers.

As the Forum has shown, achieving gender parity has set back an entire generation of women and girls – that’s now 135 years – as in many countries, women are facing a surge of gender-based violence and unpaid care work. People who live in developing countries are around twice as likely to die from COVID-19 as someone from a rich country.

Meanwhile, billionaire wealth has risen more during the pandemic than it has in the past 14 years put together – the biggest surge since records began. As governments pumped $16 trillion into economies to save our lives and jobs, many wealthy people have profited from a stock market boom.

While governments and pharmaceutical companies pulled off a magnificent feat to fund and secure the development of ground-breaking vaccine technology to tackle COVID-19, their failure to ensure this is shared equitably around the world is slowing down the supply to billions of people and prolonging the pandemic for us all.

Our new analysis shows that inequality in income and wealth does far more damage than simply creating unfair societies: inequality kills. Based on conservative estimates, inequality contributes to the deaths of at least 21,000 people each day. These are the lives lost when access to quality healthcare is a luxury not a right; when gender-based violence persists; when people starve in a world with no shortage of food. Reducing inequality would save lives.

The war has made this difficult situation worse. Economists at the United Nations (UN) Conference on Trade and Development have trimmed their global growth forecast for 2022. Economists projected global growth to be slow from an estimated 6% in 2021 to 4% in 2022 and 2023. And with inflation soaring and developing countries already saddled with $1 trillion of debt, the UN body says an economic rescue effort with the scale and ambition of the Marshall Plan in the aftermath of World War II could be needed to keep poor and even middle-income countries from going under.

The World Bank says, “sending inequality between rich and poor countries back to levels last seen a decade earlier”. Economic inequality within countries remains particularly high in developing regions, which are home to about two-thirds of the world’s extremely poor, according to the bank’s Global Economic Prospects report.

How can we reduce inequality?

Permanent taxes on wealth and capital are the lifeblood of healthy economies. But as a short-term measure, windfall taxes could immediately claw back extreme wealth into the real economy and save lives. For example, a one-off 99% windfall tax on the COVID-19 wealth gains of just the world’s ten richest men alone could not only pay to make enough vaccines for the world, but also fill financing gaps in climate measures, increase universal health and social protection, and boost efforts to address gender-based violence in over 80 countries. All this – and these ten men would still be $8 billion richer than they were pre-pandemic.

There are precedents for the idea of an emergency windfall tax. The French government taxed excessive wartime wealth at 100% after the Second World War. In the US, President Franklin D. Roosevelt proposed a 100% tax on high incomes during the war, and a tax rate of 94% on high incomes remained in place for a decade after it ended. With adequate taxation, we could invest in reducing inequality through universal healthcare and social protection, and in climate adaptation. We could fund efforts to challenge the social and cultural norms that silence women, exploit them and deny them opportunities and that fuel gender-based violence.

Above all, we need to change the rules that make our economies so unequal in the first place. This is an ideal moment in history to establish a model of stakeholder capitalism that can address societal divisions created by income inequality. It’s going to take more than money. We need smart state institutions to work with smart companies to deliver really important solutions to public problems like this one.

We need to reform sexist laws and rescind laws that undermine the rights of workers to unionize and strike. We need to tackle the barriers to political representation for women, racialized groups, and working-class people.

Governments in rich countries should work to ensure that we can supply and distribute vaccines to everyone, everywhere. That means immediately waiving intellectual property rules over COVID-19 vaccine technologies to allow more countries to produce safe and effective vaccines and usher in the end of the pandemic. The most universal crisis of our time deserves this simple, universal response. Ending this pandemic will require the imagination and courage to make our economies work better for everybody.

To tackle poverty and economic inequality, global policy-makers need to recognize that the current gulf between rich and poor is not inevitable, the World Inequality Lab says. The experience of many European countries and China – which have relatively low levels of economic inequality compared with countries such as the US and India – shows that the right policies can make a difference.

The first, critical task is to kick-start economies by stepping up global vaccination efforts, the World Bank says. The main obstacle in 2021 was limited access to doses, with low-income countries suffering the most. Oxfam says people who live in low- and middle-income countries are around twice as likely to die from COVID-19 as those in rich countries. This “vaccine apartheid” is “supercharging inequalities worldwide”, the charity says.

Efforts are also needed to provide governments in developing countries with greater financial resources to tackle economic inequality. Key areas to focus on will be supporting vulnerable populations and expanding access to key services such as education and healthcare.

Governments have become significantly poorer over the past 40 years as the private sector has acquired an ever-larger share of total wealth – a trend magnified by heavy government borrowing during the pandemic, according to the World Inequality Lab.

Immediate action is needed to mobilize financial assistance and accelerate debt-relief efforts for poorer countries, according to the World Bank. One recent positive step was the $93 billion replenishment of the International Development Agency to help low-income countries respond to the pandemic and rebuild their economies. 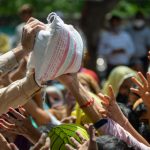 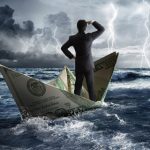 Do recessions have a silver lining?